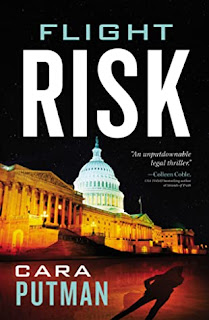 Bestselling author Cara Putman returns with a romantic legal thriller that will challenge the assumptions of truth tellers everywhere.

Savannah Daniels has worked hard to build her law practice, to surround herself with good friends, and to be the loyal aunt her troubled niece can always count on. But since her ex-husband’s betrayal, she has trouble trusting anyone.

Jett Glover’s father committed suicide over a false newspaper report that ruined his reputation. Now a fierce champion of truth, Jett is writing the story of his journalism career—an international sex-trafficking exposé that will bring down a celebrity baseball player and the men closest to him, including Savannah’s ex-husband.

When Jett’s story breaks, tragedy ensues. Then a commercial airline crashes, and one of Savannah’s clients is implicated in the crash. Men connected to the scandal, including her ex, begin to die amid mysterious circumstances, and Savannah’s niece becomes an unwitting target.

Against their better instincts, Jett and Savannah join ranks to sort the facts from fiction. But can Savannah trust the reporter who threw her life into chaos? And can Jett face the possibility that he’s made the biggest mistake of his life? 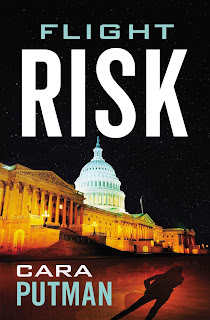 Somehow Savannah Daniels and Jett Glover find themselves fighting the same battle by righting wrongs that go back years. Savannah is a very successful attorney and Jett is a journalist. Can the two put their difficult pasts behind them and expose hidden truths, all while bringing down a sex trafficking ring?

Jett and Savannah cross paths when the biggest story of Jett's career goes to press. Unfortunately, his story set of a huge chain of events, including the crash of a commercial airplane, with countless lives lost. One of the men who died in the crash was Savannah's ex and they both must work together to bring truth to light.

This thriller delivers a hard punch and is contains tightly woven stories that all come together at pivotal points. This compelling story was finely balanced with deeply emotional moments. Along the way, Savannah realizes that trusting Jett just might lead to a satisfying future. This certainly does not come easy for either of them. I found this story impossible to put down and loved the many layers that were slowly unraveled the deeper I got into the story. Cara Putnam is a new name for me, and I definitely want to see what else she has in store for readers.

The conversation flowed over the antipasti course and into the pasta della casa. Every bite of Savannah’s manicotti alla fiorentina was wonderful, the ricotta and spinach blending perfectly. Just when she knew she couldn’t take another bite and get anything done afterward, thanks to the food coma, a waiter came out with a slice of cheesecake. Her mouth watered as she took in the raspberries atop the homemade delight. She put a hand on her stomach and then smiled. “I hope you brought fresh forks for everyone.”
The handsome waiter flashed a bright smile. “Whatever the birthday donna wishes is my command.” He gave a slight bow and turned away. A moment later when he returned, a fist of forks at the ready, his demeanor had changed.
Emilie watched him a moment. “What’s wrong, Antonio?”
“There has been a horrible accident. It is on the TV in the office.”
“What kind of accident?” Savannah leaned toward him. “Does it involve someone you know?”
“No.” The man shook his head, and not one of his dark hairs moved. Yet his eyes were weighted with sadness and the shadow of something more. “It is a plane. It looks bad.”
“Oh no.” The memory of a plane careening by as she looked out a courtroom window in downtown Washington, DC, years earlier flashed through her mind. Savannah fought a shudder as she withdrew a credit card from her phone case and placed it on the bill, only for Hayden to slide it back to her and replace it with her own.
“Thank you.”
Please let this be a terrible accident and not the beginning of another 9/11.
Jaime’s head was bowed over her phone as she clicked the screen. “Looks like an isolated crash.”
All Savannah could think was that Jaime should add so far to her sentence. “That’s what we all thought on 9/11 too.”
Then a second plane careened into the Twin Towers. She saw the plane that hit the Pentagon, and a fourth plane crashed in Pennsylvania, killing one of her fellow law students. She cleared her throat and stood, motioning the gals to join her.
“Let’s get back to work and see what we can learn.”
As they left her favorite restaurant, her phone buzzed and she paused to pull it out of her pocket. She glanced at the text message on the screen and her blood froze.
911. From Addy. Their emergency code.
***
Excerpt from Flight Risk by Cara Putman. Copyright 2020 by Cara Putman. Reproduced with permission from Thomas Nelson. All rights reserved. 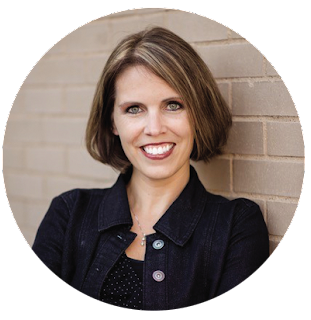 Cara Putman is the author of more than twenty-five legal thrillers, historical romances, and romantic suspense novels. She has won or been a finalist for honors including the ACFW Book of the Year and the Christian Retailing’s BEST Award. Cara graduated high school at sixteen, college at twenty, completed her law degree at twenty-seven, and recently received her MBA. She is a practicing attorney, teaches undergraduate and graduate law courses at a Big Ten business school, and is a homeschooling mom of four. She lives with her husband and children in Indiana.

This is a rafflecopter giveaway hosted by Partners in Crime Virtual Book Tours for Cara Putman and Thomas Nelson. There will be 2 winners. Each winner will receive a set of three (3) print copies by Cara Putman. The giveaway begins on April 1, 2020 and runs through May 2, 2020. Open to U.S. addresses only. Void where prohibited.