A new miniseries from Harlequin Intrigue.

Welcome to the Tactical Crime Division, a rapid-deployment joint team of FBI agents specializing in hostage negotiation, missing persons, IT, profiling, shootings and terrorism, with Director Jill Pembrook at the head. 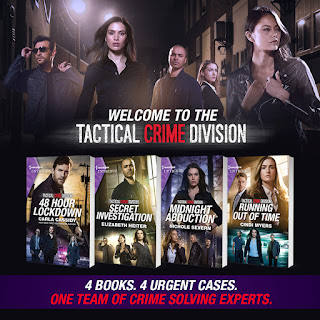 A new miniseries from Harlequin Intrigue.

Stopping criminal activity wherever it happens. The agents at the Tactical Crime Division are ready for anything.

More and more, federal law agencies have to mobilize to remote locations to address large-scale crime scenes and criminal activity—terror, hostage situations, kidnappings, shootings and the like. Because of the growing concerns and need for ever increasing response times to these criminal events, the Bureau created a specialized tech and tactical team, combining specialists from several active divisions—weapons, crime scene investigation, protection, negotiation, IT. Because they are a smaller unit, they are more nimble for rapid deployment and assistance to address various situations. This joint team of agents is known as the Tactical Crime Division (TCD). 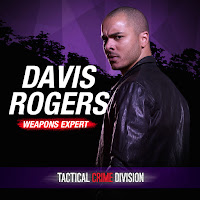 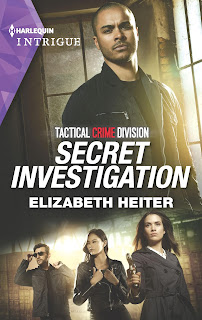 Book description: In the wake of a tragedy, the Tactical Crime Division is the first call. When ironclad body armor inexplicably fails and soldiers perish, the Tactical Crime Division jumps into action. Agent and former ranger Davis Rogers asks to go undercover to find the traitor responsible for the death of one of his friends, and Petrov Armor CEO Leila Petrov is happy to provide access to her company…especially once she discovers she’s being framed. But will their joint efforts be enough to uncover the truth?..

Leila Petrov—When defective bulletproof vests cause the deaths of an army unit, Petrov Armor’s CEO is determined to find the person responsible. But her search makes her a liability to a killer, someone who’s closer than she ever expected.

Davis Rogers—The former army ranger thinks going undercover in Petrov Armor is his chance
to prove himself in the FBI’s elite Tactical Crime Division (TCD). But it’s also deeply personal. One of the soldiers killed was a friend, and Davis won’t stop until he’s gotten justice.

Melinda Larsen—The deeper this profiler digs into the Petrov Armor case, the more unexpected threats she uncovers—putting her directly in the line of fire.

Kane Bradshaw—Ever since his last partner died on the job, the TCD agent prefers to work alone. But as he’s forced to work with Melinda, he fears history will repeat itself.

Eric Ross—Petrov Armor’s head of sales was Leila’s first love. He’s jealous of Leila’s obvious interest in her new “assistant,” Davis, but is there something more sinister behind his constant appearances?

Joel Petrov—Leila’s uncle has been an integral part of the company since Leila was a child. But is his involvement too convenient?


Perfect for fans of Criminal Minds and Blacklist...

Uncover the lives and loves of the FBI elite as they take on the toughest assignments. This is a new four-book miniseries featuring an ensemble cast of characters spread across 4 books, featuring 4 urgent cases, with one stellar team of crime solving experts.

The Tactical Crime Division—TCD—is a specialized unit of the FBI. Because of the growing concerns and need for ever increasing response time to criminal events, the FBI created a specialized tech and tactical team combing specialists from several active divisions that include: weapons, crime scene investigation, protection, negotiation and IT.

Each title can be read as a standalone novel, featuring a unique hard to solve crime case.

About Elizabeth Heiter: Publishers Weekly bestselling and award-winning author ELIZABETH HEITER likes her suspense to feature strong heroines, chilling villains, psychological twists and a little romance. Her research has taken her into the minds of serial killers, through murder investigations, and onto the FBI Academy’s shooting range. Her novels have been published in more than a dozen countries and translated into eight languages. Visit her at www.elizabethheiter.com.
Posted by Robin Loves Reading at 4/26/2020 08:41:00 AM