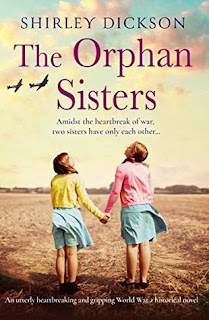 A heartbreaking, unputdownable and utterly unforgettable story of two young sisters cruelly abandoned by their mother at an orphanage. Fans of Wives of War, Lisa Wingate and Diney Costeloe will lose their hearts to this stunning World War Two novel.

1929: Four-year-old Etty and eight-year-old Dorothy are abandoned at Blakely Hall orphanage by their mother, never to see her again. With no other family to speak of, the sisters worship their beloved mam – confused and heartbroken to be deserted by her when they need her the most.

1940: Etty and Dorothy are finally released from the confines of Blakely Hall – but their freedom comes when the country is in the grip of World War Two and its terrors. Amidst a devastating backdrop of screaming air-raid sirens and cold nights huddled in shelters, the sisters are desperate to put their broken childhoods behind them.

But trouble lies ahead. Dorothy must bid goodbye to her beloved husband when he’s sent to war and Etty must nurse a broken heart as she falls in love with the one man she can never be with.

Etty and Dorothy survived the orphanage with the help of one another and neither sister can forget the awful betrayal of their mother, which has haunted them their whole lives. But when a shocking secret about their painful childhood comes to light, will the sisters ever be the same again?

In heartbreaking fashion, in 1929, sisters Etty and Dorothy were taken to Blakely Hall orphanage by their mother. Etty was only four at the time, and Dorothy was eight. As things turn out, Dorothy sort of knew what was about to happen, but little Etty had no idea. Life in the orphanage was anything but easy for the girls. The girls remained at the orphanage until 1940, but it is only going to get harder as the country is in the throes of World War II.

When the war hit their country, by now Dorothy was 19 years old and now she must face the terrible loss of her husband leaving for war. Meanwhile, as Etty grows older, she too finds love, but it just was not to be. As the years progress, the girls try and discover what happened that made their mother take them to the orphanage in the first place.

While this story broke my heart more than once, I was floored by the unbreakable bond between Etty and Dorothy. Abandonment was horrible, life in the orphanage was beyond difficult, and when you add war and heartbreak and loss the the mix, it is no wonder that they survived relatively in tact. This story by Shirley Dickson was incredibly effective and touching and, despite my tears, I am very glad to have read it.

Many thanks to Grand Central Publishing and to NetGalley for this ARC for review. This is my honest opinion. 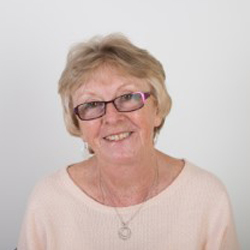