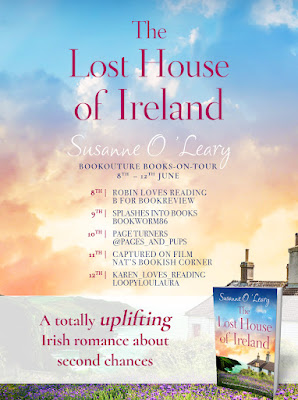 DESCRIPTION:
An enchanting story about forgotten family secrets that will transport you to the charming village of Sandy Cove on the beautiful Irish coast.Allegra Casey is searching for a new beginning. So when she discovers an engagement ring buried in the sand near her home in Cape Cod, the last place she expects it to lead her is to the west coast of Ireland. But when she arrives in the tiny village of Sandy Cove, she finds herself falling in love with thecrashing waves, the picturesque coast and the warm-hearted people.As soon as she settles into her cottage at the old coastguard station, Allegra meets her eccentric neighbours. They believe the ring belonged to Davina Courtney, whose family still live on the Strawberry Hill estate just outside the village. And when Allegra visits the old mansion, she meets the charming, enigmatic Max Courtney-Smythe, the great-nephew of theformer owner.As they try to solve the mystery of the long-lost ring, Allegra and Max grow closer, and it soon becomes clear that their feelings for one another are mutual. And as she spends more time with the local community, Allegra wonders if she’s finally found the place she can call home.But the reappearance of the engagement ring causes problems among the heirs of the estate and, as Max suddenly grows distant, Allegra wonders whether she should never have travelled to Sandy Cove. Is thiswhere she will finally find true love, or is she destined to leave this magical place alone?Fans of Mary Alice Monroe, Debbie Macomber and Sheila O’Flanagan will fall in love with this delightful, feel-good Irish romance.
BUY LINKS: 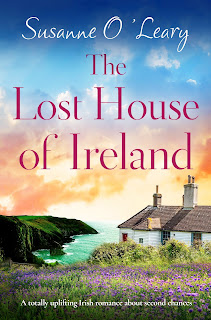 Title:   The Lost House of Ireland
Author:  Susanne O’Leary
Series:  Starlight Cottages #4
Publisher:  Bookouture
Genre:   Women's Fiction; Romance
Format:  Kindle ARC
No. of Pages:   280
Date of Publication:   June 8, 2022
My Rating:   5 Stars
Allegra Casey travels from Cape Cod to Sandy Cove in Ireland after she finds a ring in the sand while at the beach. She has three weeks to find out who the ring belonged to. Allegra knew to go to Ireland because of the inscription on the ring. With only so much time before she heads back to America, Allegra starts looking for clues.
The ring's inscription, one that is barely legible, is what led Allegra to Ireland. Two names seem very likely - Davina and Sean. In short order, Allegra is certain that the ring belonged to Davina Courtney, thus her trip to Ireland. Davina has recently passed away, but apparently she still has relatives in Ireland. The fact that the ring was found in America but seems to have originated in Ireland really raises Allegra's curiosity, and she takes on the role of a sleuth.
While in Ireland, Allegra meets Max Courtney-Smythe, the great-nephew of Davina. While they work together trying to locate who Sean might have been, both Allegra and Max find that they are quite drawn to one another and a romance soon begins to bloom. However, they live thousands of miles apart, and with only three weeks for Allegra to spend in Ireland, a happy future between them hardly seems likely.
I enjoyed the gorgeous setting, the drama and the characters, and these include the recurring characters from previous books in this series. Also, there is one individual who might offset Allegra's genuine intent of handing the ring to the proper owner, thus a bit of intrigue is part of this story.
While this book could be read as a standalone novel, if you are a reader that enjoys continuity, do not hesitate to read the three previous books in this lovely series, The Lost Girls of Ireland, The Lost Secret of Ireland and The Lost Promise of Ireland. Each story in this series is truly endearing and these books are sure to leave any reader with a warm feeling.
Many thanks to Bookouture and to NetGalley for this ARC for review. This is my honest opinion.
Please enjoy my YouTube video review - 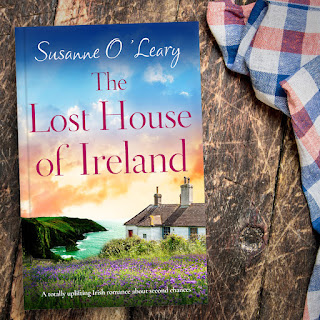 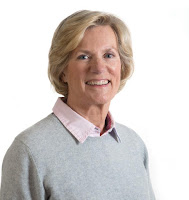 Susanne O'Leary is the bestselling author of more than twenty novels, mainly in the romantic fiction genre. She has also written three crime novels and two in the historical fiction genre. She has been the wife of a diplomat (still is), a fitness teacher and a translator. She now writes full-time from either of two locations, a ramshackle house in County Tipperary, Ireland or a little cottage overlooking the Atlantic in Dingle, County Kerry. When she is not scaling the mountains of said counties, or keeping fit in the local gym, she keeps writing, producing a book every six months.