BLOG TOUR - Out of the Clear Blue Sky 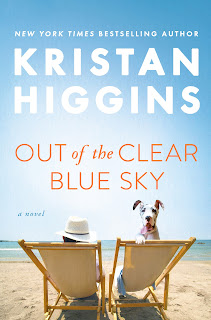 Title:   Out of the Clear Blue Sky
Author:  Kristan Higgins
Publisher:  Berkley Books
Genre:   Woman's Fiction; Romance
Format:  Kindle ARC
No. of Pages:   496
Date of Publication:   June 7, 2022
My Rating:   5 Stars
DESCRIPTION:
From New York Times bestselling author Kristan Higgins comes a funny and surprising new novel about second chances--and why the lies we tell ourselves are the most dangerous.
Lillie Silva knew life as an empty nester would be hard after her only child left for college, but when her husband abruptly dumps her for another woman just as her son leaves, her world comes crashing down. Besides the fact that this announcement is a complete surprise (to say the least), what shocks Lillie most is that she isn't...heartbroken. She's furious.
Lillie has loved her life on Cape Cod, but as a mother, wife and nurse-midwife, she's used to caring for other people...not taking care of herself. Now, alone for the first time in her life, she finds herself going a little rogue. Is it over the top to crash her ex-husband's wedding, dressed like the angel of death? Sure! Should she release a skunk into his perfect new home? Probably not! But it beats staying home and moping.
She finds an unexpected ally in her glamorous sister, with whom she's had a tense relationship all these years. And an unexpected babysitter in of all people Ben Hallowell, the driver in a car accident that nearly killed Lillie 20 years ago. And then there's Ophelia, her ex-husband's oddly lost niece, who could really use a friend.
It's the end of Lillie's life as she knew it. But sometimes the perfect next chapter surprises you...out of the clear blue sky.
Link to purchase the book
MY THOUGHTS:
Empty nest is more than a syndrome. It is something that often packs a true wallop. For Lillie Silva it is a double-whammy. Not only is her only child about to graduate high school and will be going away for college, her husband Brad is leaving her for another woman. As far as Lillie is concerned, they have a happy marriage. In fact, to celebrate their son's impending graduation, Lillie has a fabulous vacation booked for the both of them.
Brad isn't interested. In fact, not only is he planning on leaving Lillie, he is moving in with the woman he is leaving her for. This other woman, Melissa, is apparently the light and love of Brad's life. Despite being truly broken when it comes to the loss of her marriage, Lillie and Brad both agree to keep the news from their son, so as to not ruin his graduation and his plans for leaving for college. So, for now, they are playing happy family.
The day does come, however, for Brad to leave, and this leaves Lillie in a true tizzy. She acts in rather an uncouth manner when it comes to Brad and his new life. Meanwhile, as the story is mostly told from Lillie's point of view, we get Melissa's perspective. Readers are given privy to Melissa's very unhappy childhood, and the way she took life on, including how she found her first husband, how she came to be the custodial parent of her niece, and how she ended up with Brad.
What a delightful story, especially as readers might be inclined to root for Lillie, even when some of her actions towards Brad and Melissa prove far less than innocent. At the same time, Melissa is easy to hate, even though feeling sorry for her past and personality definitely come into play. I am so happy to have found this book and Kristan Higgins, and am certain that lots of readers will find this book just as enjoyable as I did, especially when there is a romance brewing for Lillie when it comes to someone from her past.
Many thanks to Berkley Books and to NetGalley for this ARC for review. This is my honest opinion.
Please also enjoy my YouTube video review - 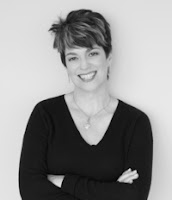 Kristan Higgins is the New York Times, USA TODAY and Publishers Weekly bestselling author of more than twenty novels, which have been translated into more than two dozen languages and have sold millions of copies worldwide. Her books have received dozens of awards and accolades, including starred reviews from Entertainment Weekly, People, Kirkus, The New York Journal of Books, Publishers Weekly, Library Journal and Booklist.
The happy mother of two snarky and entertaining grown children, Kristan enjoys gardening, mixology, the National Parks and complimenting strangers on their children. She lives in Connecticut with her heroic firefighter husband, cuddly dog and indifferent cat.
web | twitter