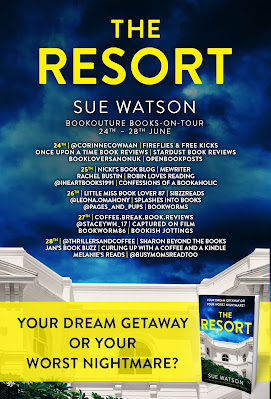 DESCRIPTION:
When a dream trip becomes your worst nightmare…You’ve been excited about this getaway for months – at last, a chance to reconnect with your husband at a secluded island resort. But when he unexpectedly calls you from the beach, you hear the urgency in his voice. Something is very wrong.The beautiful waitress from the restaurant last night has been found lying dead in the sand. And the police want to question your husband about it.Sure, you saw him glance at her over dinner a few times, but you know he didn’t have anything to do with the poor girl’s death. So why is he asking you to lie to the police that he was with you all night? And where did he go in those missing hours?When he returns to your beautiful sea-view suite, things get heated and he accuses you of being jealous, just like he always does. Yes, the waitress was overly flirtatious with your husband, but you didn’t actually wish her any harm. Not really.Can you trust the man you married… or are you the one who can’t be trusted?A completely gripping, utterly twisted thriller that will have you turning the pages all night long! Perfect for fans of Gone Girl, The Hunting Party and The Girl on the Train.
BUY LINKS:
Amazon: https://geni.us/B09WMX13FPsocial
Audio:
UK: zpr.io/eg7wDF78Crkk
US: zpr.io/gTqfqY72bcii
Listen to a sample here:
https://soundcloud.com/bookouture/the-resort-by-sue-watson-narrated-by-tamsin-kennard
You can sign up for all the best Bookouture deals you'll love at: http://ow.ly/Fkiz30lnzdo
MY THOUGHTS: 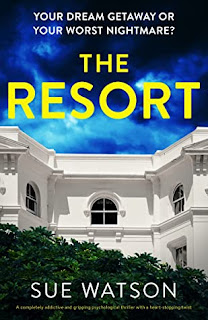 Title: The Resort
Author: Sue Watson
Publisher: Bookouture
Genre: Psychological Thriller
Format: Kindle ARC
No. of Pages: 276
Date of Publication: June 24, 2022
My Rating: 5 Stars
Three couples embark on a dream vacation that is anything but. A waitress is found dead, and the police quickly confirm that it was murder. In short order, each of the resort's guests begin to doubt one another. In fact, doubts leads to accusations, proving that there is a large measure of distrust amongst all of them.
One couple is there to deal with life after loss. Another couple is there on their honeymoon. Another couple's actions cause concern for the others involved. What is everyone's story? More importantly, since there are only six resort guests and some staff, at least one of them is a murderer, thus a long shadow of doubt is cast on just about everyone. The resort is accessible only by boat and the police insist that everyone stays put until all are questioned, especially since motive could easily be assigned to any of them.
Sue Watson is an incredibly gifted writer. As she penned this domestic thriller, it was easy to find fault with each of the guests, but quite difficult to imagine who the likely killer was. In fact, Ms. Watson created a bevy of unlikable characters, thus increasing the difficulty of sorting out the killer's identity. By so doing, this book proved intriguing from beginning to end. Considering the twists in this book, as well as misdirection, this was definitely a book designed to keep even the most keen of readers on their toes.
Waiting for the shoe to drop in this compelling read made for a bumpy, albeit enjoyable ride. In fact, not only was the drama more than intense, the ending grabbed me by the throat and truly caught me by surprise, especially as this book was written in first person, from more than one point of view. This made it even more difficult to guess the killer. Job well done, Ms. Watson. It is with bated breath that I await your next read.
Many thanks to Bookouture and to NetGalley for this ARC for review. This is my honest opinion.
*there are trigger warnings for this book, these include infertility, miscarriage, rape and suicide*
Please enjoy my YouTube video review -
ABOUT THE AUTHOR: 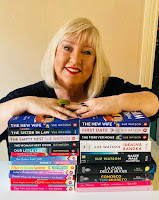 Sue Watson was a journalist on national magazines and newspapers before becoming a TV producer with the BBC.
Now a USA Today bestselling author, Sue explores the darker side of life, writing psychological thrillers with big twists.
Originally from Manchester, she now lives with her family in leafy Worcestershire where much of her day is spent writing and procrastinating. Her hobby is eating cake while watching diet and exercise programmes from the sofa, a skill she’s perfected after many years of practice.
Follow Sue on Twitter @suewatsonwriter and Instagram @suewatsonbooks.
Sign up to be the first to hear about new releases from Sue Watson here: https://www.bookouture.com/sue-watson/