Review - By Her Own Design 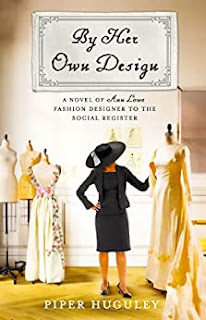 Title:   By Her Own Design: The Story of Ann Lowe, Society's Best-Kept Secret
Author:  Piper Huguley
Publisher:  William Morrow & Company
Genre:   Historical Fiction
Format:  Kindle ARC
No. of Pages:   384
Date of Publication:   June 7, 2022
My Rating:   5 Stars
DESCRIPTION:
The incredible untold story of Ann Lowe, Jackie Kennedy's wedding dress designer, a Black woman who made some of the most famous dresses of all time, only to be forgotten by history.

Less than a week before the society wedding of the year where Jacqueline Bouvier will marry John F. Kennedy, Jr, a pipe bursts at Ann Lowe's dress shop and ruins eleven dresses, including the expensive wedding dress, a dress that will be judged by thousands. A Black designer who has fought every step of the way, Ann knows this is only one struggle after a lifetime of them. She and her seamstresses will find the way to re-create the dresses. It may take all day and all night for the next two weeks to accomplish the task, but they will do it.

Raised in Jim Crow Alabama, Ann learned the art of sewing from her mother and her grandmother, a former slave, who are the most talented seamstresses in the state. After Ann elopes at twelve with an older man who soon proves himself to be an abusive alcoholic, her dreams of becoming a celebrated designer seem to be put on hold. But then a wealthy Tampa socialite sees Ann's talent and offers her an amazing opportunity--the chance to sew and design clothing for Florida's society elite. Taking her young son in the middle of the night, Ann escapes her husband and embarks on the adventure of a lifetime.

Based on the true story of one of the most famous designers of the twenties through the sixties who has since been unjustly forgotten, By Design is an unforgettable novel of determination despite countless obstacles and a triumph celebrated by the world.
Link to purchase the book
MY THOUGHTS:
Not only did it legendary Black clothing designer Ann Lowe make Jacqueline Kennedy‘s wedding dress, most of her designs came straight out of her imagination. Very much influenced by her incredibly talented mother and grandmother, Ann had remarkable talent. Despite growing up at a time when the Jim Crow law was in full effect, and also being the grandchild of a former slave, Ann’s dreams of becoming a well-known designer were never far from her imagination.
Thanks to a wonderful benefactor, Ann gets the opportunity to further her education in fashion. In fact, having only completed the eighth grade going to any college was never something she ever expected. The fact that she married an abusive, alcoholic man at the age of 12 and mothered a son at the age of 16 did not stop Ann from being able to take this fabulous opportunity.
This book was equally heartbreaking and heartwarming. Heartbreaking in the fact that Ann went through more than most people should have at her tender age, but heartwarming as she fought for what she deserved despite her tender age and the prejudices that existed at that time.
Sometimes in our day and age we can forget how much of a fight people in the 1950s and 1960s experienced when it came to the lack of equality. This lack of equality was enforced as laws for Black American citizens. When Ann was able to go to design school, she was at first declined because of her race. But because of her talent, she was accepted, only to discover that she would be learning in a room that was not much more than a broom closet while the other students were in a real classroom with all of the expected benefits of an education in design. However, Ann thrived even in that environment.
Then we have Jacqueline Bouvier as a customer of Ann’s. This gave Ann the opportunity to design a very unique wedding dress, which brought her into contact with more and more elite clients. Sadly, she was not even given credit for creating that wedding dress. In fact, an article in the Ladies Home Journal called the designer “a colored dressmaker”. Ann faced many hardships over the years, including a terrible experience when a broken pipe ruined Jacqueline Bouvier’s wedding dress as well as several bridesmaids dresses, giving her less than two weeks to recreate these dresses.
This hard hitting book by Piper Huguely was a one-sitting read from cover to cover. The book was impossible to put down. Impossible not to feel for Ann. Impossible not to feel for countless Black Americans who experienced such hateful prejudice then, and now. Impossible not to feel for someone not being recognized for their talent. Impossible for many other reasons.
I just have to borrow a quote from a book I read months ago called My Seven Black Fathers by Will Jawando. He states in his book that “enthusiasm, eagerness, and a desire to be acknowledged for something positive – all qualities that were encouraged and rewarded in my white peers while they were discouraged and penalized in me…” I thought of Mr. Jawando‘s statement while reading this book because that’s exactly what Ann Lowe experienced during the course of her lifetime. In fact, now in 2022, I still experience this same phenomenon of not being allowed to excel, and this is at least, in part, because of the color of my skin.
Kudos to Miss Huguely for writing such an amazing book that brings notability to a woman forgotten and hidden in American history. She did tremendous research and even referred to several reputable sources, as well as an excellent YouTube video that I was able to watch, and that I will also link in this review.
Many thanks to William Morrow & Company and to NetGalley for this ARC for review. This is my honest opinion.
Recommended watching:
Celebrating Ann Lowe - Honoring the Legacy of Black Fashion Designers -

Also, please enjoy my video review of this excellent novel - 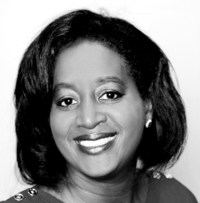 Piper Huguley seeks to make new inroads in the publication of historical romance by featuring African American Christian characters.  The Lawyer’s Luck and The Preacher’s Promise, the first books in her “Home to Milford College” series, are Amazon best sellers.  The Mayor’s Mission, published in Winter 2014.  The next entry in the series, The Representative’s Revolt will publish in Spring 2015. She is a 2013 Golden Heart finalist for her novel, A Champion’s Heart—the fourth book in “Migrations of the Heart”. The first book in the series, A Virtuous Ruby, was the first-place winner in The Golden Rose Contest in 2013 and was a Golden Heart finalist in 2014. The first three books in the “Migrations of the Heart” series, which follows the loves and lives of African American sisters during America’s greatest internal migration in the first part of the twentieth century, will be published by Samhain Publishing in 2015.  She lives in Atlanta, Georgia with her husband and son.
web | twitter