Review - City of the Dead 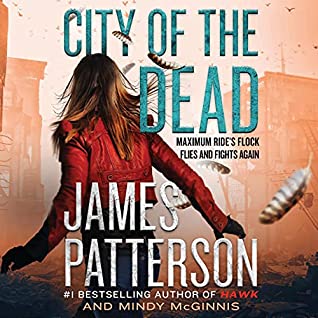 Title:   City of the Dead
Genre: Fantasy
Format:  Audiobook ARC
Narrator:  Chloe Cannon
No. of Pages:   320
Date of Publication:   November 9, 2021
My Rating:  3 Stars
DESCRIPTION:
A story for a new generation of Maximum Ride fans! 17-year-old Hawk is growing up hard and fast in post-apocalyptic New York City . . . until a perilous destiny forces her to take flight.

Where is Maximum Ride?

Ten years ago a girl with wings fought to save the world. But then she disappeared.

Now she's just a fading legend, remembered only in stories.

Hawk doesn't know her real name. She doesn't know who her family was, or where they went. The only thing she remembers is that she was told to wait on a specific street corner, at a specific time, until her parents came back for her.

She stays under the radar to survive...until a destiny that's perilously close to Maximum Ride's forces her to take flight. Someone is coming for her.

But it's not a rescue mission.

It's an execution.
Link to purchase the book
MY THOUGHTS:
Hawk is the daughter of Maximum Ride, principal protagonist in a a 9-book series by James Patterson. Hawk is listed as book 10, but also book 1 in a new series. Although I did not read the longer series, I did start with Hawk in order to feel that I could get into this book, City of the Dead. I loved both books. In fact, now I want to go back and read the entire Maximum Ride series!
A war is imminent and Hawk does everything she can to save it, even if it means joining forces with her mother. In this exciting sequel to Hawk, the action never lets up in the endeavor to fight a deadly virus, as well as other things, including fighing dangerous enemies.
Many thanks to jimmy patterson books for this ARC for review. This is my honest opinion.
ABOUT THE AUTHOR: 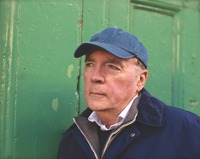 James Patterson is the world’s bestselling author and most trusted storyteller. He has created more enduring fictional characters than any other novelist writing today, with his Alex Cross, Michael Bennett, Women’s Murder Club, Private, NYPD Red, Daniel X, Maximum Ride, and Middle School series. He has sold over 380 million books worldwide and currently holds the Guinness World Record for the most #1 New York Times bestsellers. In addition to writing the thriller novels for which he is best known, among them The President Is Missing with President Bill Clinton, Patterson also writes fiction for young readers of all ages, including the Max Einstein series, produced in partnership with the Albert Einstein Estate. He is also the first author to have #1 new titles simultaneously on the New York Times adult and children’s bestseller lists.
The son of an insurance salesman and a schoolteacher, Patterson grew up in Newburgh, New York, and began casually writing at the age of nineteen. In 1969, he graduated from Manhattan College. He was given a full-ride scholarship to Vanderbilt University’s graduate program in English. He left Vanderbilt before getting his PhD due to complications involving the Vietnam War.
Instead, he moved to New York to become a junior copywriter for the advertising agency J. Walter Thompson, eventually becoming CEO of its North American company.
In 1976, while still working for J. Walter Thompson, Patterson published his first novel, The Thomas Berryman Number, with Little, Brown and Company. After being turned down by thirty-one publishers, it won the Edgar Award for Best First Novel. Patterson’s 1993 novel, Along Came a Spider, his first book to feature Alex Cross, was also his first New York Times bestseller in fiction.
In 2001, Morgan Freeman starred as Alex Cross in a film adaptation of Along Came a Spider, and Tyler Perry also played the character in the 2012 film Alex Cross. A film adaptation of Patterson’s middle-grade novel Middle School: The Worst Years of My Life was released in theaters in October 2016.
James Patterson has donated more than one million books to students, focusing on some of the most under-resourced schools and youth programs in the country. To date, he has donated $7.25 million to school and classroom libraries throughout the United States, and $2.1 million to independent bookstores and employees.
Patterson has recently donated over $35 million to his and his wife’s alma maters—the University of Wisconsin, Vanderbilt University, and Manhattan College—and he has established over four hundred Teacher and Writer Education Scholarships at twenty-one colleges and universities throughout the country. Patterson has also donated more than one million books to U.S. soldiers at home and overseas.
In May 2015, Patterson launched a children’s book imprint at Little, Brown—JIMMY Patterson—that is unwaveringly focused on one goal: turning kids into lifelong readers. This imprint also provides resources, strategies, and programs to serve teachers, parents, librarians, and booksellers. Patterson invests proceeds from the sales of JIMMY Patterson Books in pro-reading initiatives.
Patterson also founded ReadKiddoRead.com, a website designed to help parents, teachers, and librarians ignite a new generation’s excitement for reading. Awarded the National Book Foundation’s Innovations in Reading Prize and the American Library Association’s Great Websites for Kids, the site features thoughtful book reviews from a variety of genres and age ranges, a large and lively Facebook community, and contributions from other authors.
Patterson’s awards for adult and children’s literature include the Edgar Award, the International
web | twitter 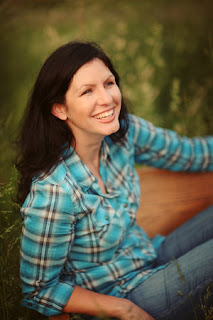 Mindy McGinnis is the author of multiple novels that span many genres. From historical to fantasy, contemporary to gothic thriller, you can always count on Mindy’s books to deliver grit, truth, and an unflinching look at humanity and the world around us.
A ninth-generation farmer, Mindy attributes much of her character to growing up on an Ohio farm, learning the value of physical labor, and the harshness of the natural world early in life. Much of her writing reflects small-town living and aspects of rural poverty. A former school librarian, Mindy still lives and works in her hometown, and is dedicated to making herself available to financially disadvantaged school districts and communities. Click here to contact Mindy about a visit.
Mindy has done multiple interviews and guest posts over the years, and has been featured on such outlets as NPR and PBS. She’s also been a guest on a myriad of podcasts, blogs, and websites
web | twitter