GOUDA FRIENDS by Cathy Yardley is out now! Check out the gorgeous friends-to-lovers romcom and grab your copy today!

Two high school BFFs reunite and endeavor to fix each other’s lives in this geeky romance from the author of Love, Comment, Subscribe.
Tam Doan dumped her boyfriend after he threw away her gourmet cheese. Sure, it’s a little more complicated than that, but the point is, he had it coming. Newly single and unemployed, Tam calls up her best friend from high school and utters the emergency code word—goldfish. Next thing she knows, she’s on a plane back home.
Josh O’Malley was a troubled, unconfident teenager. Now he’s the successful owner of a multimillion-dollar ghost kitchen. Tam, his high school BFF and fellow member of the Nerd Herd friend group, was instrumental in building his self-esteem. When she calls him out of the blue, he jumps at the chance to return the favor.
Josh and Tam immediately get to work fixing her life—but again, it’s complicated. Their close friendship was always a lifeline between them; a blooming romance might confuse things. Still, at least one thing is for certain: their chemistry is un-brie-lievable.

My Thoughts
5 Stars
Tam Doan's boyfriend disappointed her in the worst way possible. One of the things he did was to discard her gourmet cheese. Of course, it was more than that and she needed her best friend from high school, Josh O'Malley. The long time friends had a code word, goldfish. When Josh needed Tam when he was at his lowest, she was there for him. Now she calls him, and of course he will do anything to help her.
Temporarily staying in Josh's guest room should give Tam some time to regroup. Going back home might be a problem, because she shared that apartment with her ex. However, she only plans on staying with Josh for a couple of weeks and she hopes to figure out her future. Never fear, Josh will help Tam any way he can.
Closer than close, that is all that was between them. Right? How about the fact that each of them start recognizing deeper feelings beginning to bloom? Would investigating said feelings push the bounds of friendship, especially if things didn't work out?
This endearing story, which could be a rom-com, has a lot of levity and emotion. I love how Tam had the time to work through her issues, all while slowly exploring growing feelings between her and Josh. I also appreciated Tam coming into her own after her bad experience with her ex. In fact, as the story progressed, the serious challenges between Tam and her ex were definitely concerning.
The Nerd Herd (also see the first book in the series, Love, Comment, Subscribe) are great and I am more than eager to read the next book in ths series.
For a bit more, feel free to watch the attached YouTube video. 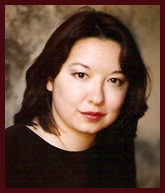 Cathy Yardley is an award-winning author of romance, chick lit, and urban fantasy, who has sold over 1.2 million copies of books for publishers like St. Martin's, Avon, and Harlequin. She writes fun, geeky, and diverse characters who believe that underdogs can make good and sometimes being a little wrong is just right. She likes writing about quirky, crazy adventures, because she's had plenty of her own: she had her own army in the Society of Creative Anachronism; she's spent a New Year's on a 3-day solitary vision quest in the Mojave Desert; she had VIP access to the Viper Room in Los Angeles. Now, she spends her time writing in the wilds of East Seattle, trying to prevent her son from learning the truth of any of said adventures, and riding herd on her two dogs (and one husband.)

Connect with the Author: