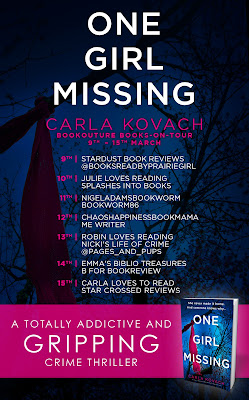 DESCRIPTION:
Five-year-old Cally waits in her pretty pink bedroom for the sound of the front door opening and her mother’s sweet voice in the hall. But when the doorbell finally rings, and Cally creeps out of bed to peer through the banister, a large man in uniform is all she sees. Her mother is missing...
Teacher Annabel Braddock was last seen drinking at the local pub with her best friend, Jennifer. Witnesses saw tears running down her cheeks, and friends say she was having problems with a colleague at work, and that her marriage had broken down.But as the two women hugged goodbye, neither noticed the car speeding towards them. As the dust settled, Jennifer lay unconscious on the ground and Annabel was nowhere to be seen. She’d never abandon her little girl, so did someone snatch her?As family crowd around Jennifer’s hospital bed, hoping she’ll wake up, police visit Annabel’s home and her inconsolable daughter, Cally, tells them she had seen a man outside staring into her room as she climbed into bed that evening. Was it her childish imagination, or had someone been watching Annabel’s home?When Jennifer finally opens her eyes and tells the police what happened that night, it’s clear there are plenty of people with a reason to harm Annabel. With an unpredictable husband, a colleague who denies harassing her and a neighbour who seems to know her every move, could she be in imminent danger? As the hours turn to days, will little Cally ever see her precious mother again? Or will she be next?
If you love fast-paced, gripping crime thrillers that keep you up all night, you’ll be completely addicted to One Girl Missing. Perfect for fans of Angela Marsons, Cara Hunter and Clare Mackintosh.
BUY LINKS:
Amazon: https://geni.us/B09PZ2JTZGsocial
Apple: http://ow.ly/ttUL50HqIx9
Kobo: http://ow.ly/O3VQ50HqIvC
Google: http://ow.ly/SoEw50HqIEA 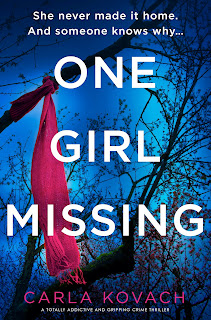 Title:   One Girl Missing
Author:  Carla Kovach
Series:  Gina Harte #11
Publisher:  Bookouture
Genre:   Mystery & Thrillers
Format:  Kindle ARC
No. of Pages:   327
Date of Publication:   March 9, 2022
My Rating:   4 Stars
With Jennifer having been in an accident and currently on life support, with the friend she was with missing, Detective Gina Harte is in a race against time as she is determined to discover what happened. Why was Jennifer hit and left for dead, and her friend Annabel taken?
Gina and her team start their investigation by planning to talk to Annabel's husband. However, he is nowhere to be found and this fact definitely causes concern. Then, considering the fact that Jennifer is a CSI that Kate has worked with before takes this investigation on a different level of intensity. Jennifer's boyfriend is DS Jacob Driscoll and this makes the investigation all that more personal.
This exciting book takes a turn as the police look deeper into Annabel's life, or at least the life of her husband. Apparently, he was cheating on her with the babysitter of their young daughter Cathy. Could his actions have anything to do with what is going on? In fact, this part of the story definitely played like a soap opera as what was going on behind closed doors begins to be unraveled. This all points to more than one suspect.
As invested as Gina with this case, her personal life has turned upside down. Her energy is draining but she is determined to discover what has happened between her and DCI Chris Briggs. Spliting her time looking for answers while struggling to figure out what happened to her relationship has got her in knots. However, professional to the bone, Gina never lets up with striving to solve the mystery before her, all while trying to compartmentalize her personal dilemma.
With excellent characters, fabulous writing and an engaging story, One Girl Missing proved a wonderful addition to a compelling series.
Many thanks to Bookouture and to NetGalley for this ARC for review. This is my honest opinion.
ABOUT THE AUTHOR: 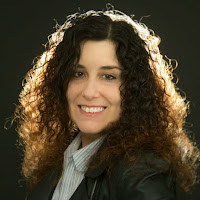 Carla started writing more seriously ten years ago after having flirted with musical theatre and occasional writing in her youth.

Since then she has written & produced several stage plays, has four self-published books, has acted in several independent films and is currently in the final stages of production of her feature horror film, Penny for the Guy.

She now writes full time as well as co-owning a film, photography & video production company located in the heart of Redditch town centre.