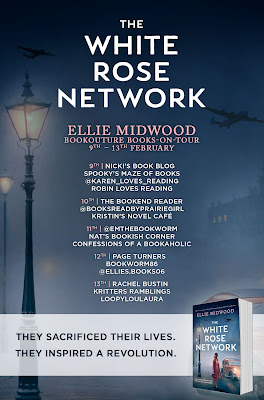 1943, Germany: “I won’t be able to live if anything happens to you,” she whispered into his ear as they said goodbye, not knowing if they would ever see each other again. The White Rose Network brings to life the incredible true story of Sophie Scholl––one of history’s bravest women, who risked everything to lead a revolution against darkness.

Sophie was born to be a rebel, raised by parents who challenged the brutal Nazi regime. Determined to follow in their footsteps, she leaves for university, defying Hitler’s command for women to stay at home.

On her first day in Munich, Sophie’s brother Hans introduces her to his dear friend. When she meets Alexander, with his raven-black hair and brooding eyes, she knows instantly that she isn’t alone. There are more courageous souls like her, who will fight against evil.

Together, and with others who also refuse to back down, they form the White Rose Network. In an underground vault, Sophie and Alexander conspire in whispers, falling in love as they plot against Hitler. Promising her heart to Alexander is the most dangerous act of all––with each risk they take, they get closer to capture.

As snowflakes fall on a frosty February morning, Sophie and her brother scatter Munich University with leaflets calling for resistance: “We will not be silent; we will not leave you in peace!”

But their lives hang in the balance, with the secret police offering a reward to anyone with information on the White Rose Network. It is only a matter of time before the Gestapo closes in… And when Sophie is imprisoned in an interrogation room, staring a Nazi officer in the eye, will she take their secrets to her grave? Will she sacrifice her freedom for love?

Fans of The Tattooist of Auschwitz, The Alice Network and The Lilac Girls will be completely gripped by this heartbreaking and addictive page-turner. This inspirational tale shows that, in the face of evil, giving up is not an option… 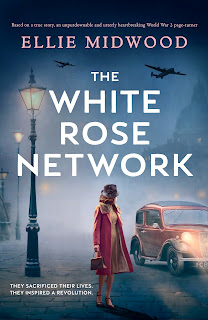 Title:   The White Rose Network
Author:  Ellie Midwood
Publisher:  Bookouture
Genre:   Historical Fiction
Format:  Kindle ARC
No. of Pages:   252
Date of Publication:   February 9, 2022
My Rating:   5 Stars
In this inspiring book based on real life resistance fighter Sophie Scholl, readers are given the remarkable story of how she and her brother did whatever they could to fight the Nazi regime. In fact, they soon formed what was known as the White Rose Network. Even before this incredible fight began Sophie was one of very few women who went to university. Sophie did whatever she could to fight the regime and this included printing and distributing leaflets that told the truth of the tyranny that existed within the regime. She saw the truth behind the propaganda that turned many heads against Jews and other minorities during that time. She chose to take her stand no matter what how difficult her life would become.
Sophie came by her stand quite easily as her parents resisted the brutal nature of the Nazis so this was what she knew. Sophie and her brother Hans were not alone in their fight. In fact they were joined by someone named Alexander as well as several others but during this time of the fight Sophie and Alexander fell in love.
In the story that was unfailingly tragic, Sophie did whatever she could to deliver their message to as many as possible even with the Gestapo close on their tails. In fact, Sophie‘s life became at risk as well as many others. Her stand could mean her life.
While this was a story of courage, of strength, and of hope, it was also a story of great sacrifice. As the story came to a close, Sophie had one last chance to say to deliver her message. ”Such a beautiful, sunny day and I have to go… But what difference does my death make if our actions arouse thousands of people”. No doubt readers of this intense story will have tears pouring down their eyes while at the same time being filled with incredible pride for the strength that Sophie demonstrated.
Many thanks to Bookouture and to NetGalley for this ARC for review. This is my honest opinion.
ABOUT THE AUTHOR: 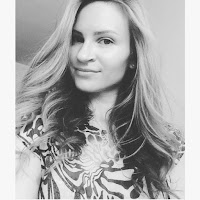 Ellie Midwood is a USA Today bestselling and award-winning historical fiction author, whose works have been translated into 14 languages. She owes her interest in the history of the Second World War to her grandfather, Junior Sergeant in the 2nd Guards Tank Army of the First Belorussian Front, who began telling her about his experiences on the frontline when she was a young girl. Growing up, her interest in history only deepened and transformed from reading about the war to writing about it. After obtaining her BA in Linguistics, Ellie decided to make writing her full-time career and began working on her first full-length historical novel, "The Girl from Berlin." Ellie is continuously enriching her library with new research material and feeds her passion for WWII and Holocaust history by collecting rare memorabilia and documents.

In her free time, Ellie is a health-obsessed yoga enthusiast, neat freak, adventurer, Nazi Germany history expert, polyglot, philosopher, a proud Jew, and a doggie mama. Ellie lives in New York with her fiancé and their two dogs.