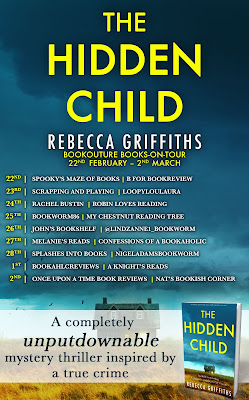 Connie splashed through puddles, the rain slapping her face. Everywhere was tarmac and concrete, fog and drizzle, but no sign of her child. ‘Have you seen my daughter? Please, you must’ve seen her?’ Connie’s face crumpled, preparing to cry. But there wasn’t time for tears, she told herself, she had to find her child.

Manchester, England, 1965: In an instant Connie’s life has changed. She only left her daughter Kathy alone for a moment but that was enough for her to vanish without a trace. As Connie desperately searches for her, she has to put the news reports of other missing children to the back of her mind. She is determined to find her safe. She will bring her daughter home.

As local farmer Ronald listens to the news, he is shocked by what he hears. He has spent his life away from the spotlight, quietly tending to his farm. But when a young couple begin acting suspiciously on his land, he knows that trouble is about to reach his door.

And then he sees her. A girl in a bright red coat who looks completely lost. Ronald knows he needs to help keep her safe and find her family. But on the wild and desolate farmland, Ronald has buried his own dark secret. Can he risk it coming to light to save her life?

Inspired by a real-life true crime story, this is an unforgettable and totally gripping mystery thriller perfect for fans of Gregg Olsen, Elly Griffiths and Found.

(Previously titled: The Body on the Moor) 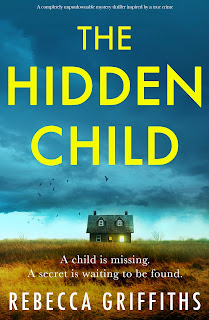 Title:   The Hidden Child
Author:  Rebecca Griffiths
Publisher:  Bookouture
Genre:   Mystery/Thrillers
Format:  Kindle ARC
No. of Pages:   355
Date of Publication:   February 24, 2022
My Rating:   4 Stars
Connie knows she would never win an award for mother of the year, but she becomes incredibly frantic when she discovers her daughter Kathy missing. This intense read by Rebecca Griffiths is loosely based on the true historical case of the Moor Murders. Having not heard of these murders prior to reading this book, I was quite riveted to this story.
These murders in that case were committed by Ian Brady and Myra Hindley. Connie and Myra had been friends since childhood. There are other players in this chilling story, and one is Ronald Cappelman. His role in this book is rather interesting. As the story is developed, it is told from both Connie’s and Ronald’s points of view. It’s very interesting to see how these characters connect in this story.
With regard to Connie, it becomes evident why she felt she failed as a mother and how she feels that she has received her punishment by Kathy having gone missing. It was rather interesting to see whether or not she gives up on ever finding her little girl again. Then with Ronald, his story comes along on a different vein all together, especially considering that he has a farm and he is keeping a secret that makes him less than welcoming to anyone setting foot on on that farm.
This thrilling book is considered to be true crime which is in all reality a genre that I generally avoid. I did take a moment to research the Moors murders and it made it easier to see how the facts of those murders were woven in with this fictional tale. Ms. Griffiths did an exceptional job writing a compelling story that captured my attention from the very first page. The intrigue of the case as well as how the characters connected all led to a satisfying conclusion.
Many thanks to Bookouture and to NetGalley for this ARC for review. This is my honest opinion. 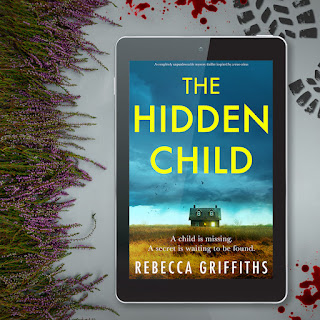 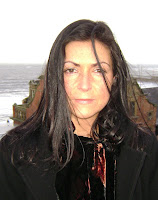 Rebecca Griffiths grew up in mid-Wales and went on to gain a first class honours degree in English Literature. After a successful business career in London, Dublin and Scotland she returned to rural mid-Wales where she lives with her husband, a prolific artist, their four black rescue cats, two pet sheep the size of sofas and writes full time.
Social Media
Twitter: @rebeccagriffit7