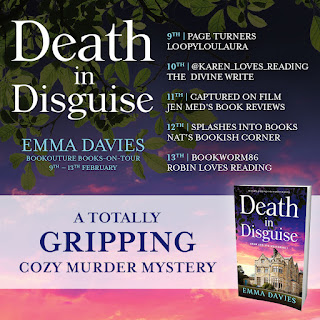 DESCRIPTION:
Francesca Eve thought she was prepared for anything at the events she caters for in her pretty little Shropshire village. Missing canapes? No problem. Burnt brownies? A piece of cake… But a dead body? Now that’s a recipe for disaster.

Francesca is nervous about catering her first ever murder mystery party, but it’s clear from the clink of champagne flutes and piles of empty plates that the evening is a roaring success. The guests look spectacular in their disguises, whispering and giggling as they try to identify who killed beautiful young Becky. But days later the game takes a sinister turn when Becky is found poisoned, and all the signs point to the culprit being a party guest.From the woman having an affair to the guest hiding her true identity, everyone had a secret – and it turns out that Becky knew them all. As Fran finds herself centre-stage in a real-life murder mystery, the finger of suspicion points at each guest in turn. And Fran starts to wonder, were any of these secrets dangerous enough to kill for?Then the body of a second guest is found, and it becomes clear a deranged killer is going off-script. It seems anyone who was involved in the game that night is in their sights, even Fran. Can she unmask the murderer before the final curtain falls?A page-turning cozy mystery packed with twists. If you love Clare Chase, M.C. Beaton and The Thursday Murder Club you’ll absolutely adore this unputdownable whodunnit. 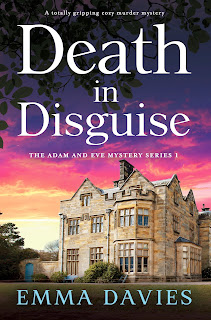 Title:   Death in Disguise
Author:  Emma Davies
Series:  Adam and Eve Mystery #1
Publisher:  Bookouture
Genre:   Cozy Mystery
Format:  Kindle ARC
No. of Pages:   357
Date of Publication:  February 9, 2022
My Rating:   4 Stars
In this clever start to a new series we meet two delightful protagonists, Francesca Eve and Adam. Despite the name of the series she is called Fran for the remainder of the book. As the story begins, Fran is working at her latest catering job. It is a murder mystery party with just a few guests and things go reasonably well, although one of the guests makes Fran feel somewhat uncomfortable. In fact, this is how she surprisingly meets Adam, the son of the host. However, the person who played the role as the murder victim soon ends up dead. Is there a connection to the party or is this some coincidence?
The likelihood that it is not a coincidence comes into play as the host quickly becomes a likely suspect. Adam is very worried for his mother and is determined to prove her innocence. As he had briefly met Fran during the murder mystery party, the two become an unlikely pair of amateur detectives.
Cozy mysteries have always been one of my favorite genres and I love this pairing of Fran and Adam partly because of their differences. She is a middle-age happily married woman and he is a young man half her age, still living at home with his mother and is a brilliant software designer. One other thing about Adam is he does not feel comfortable with a lot of people, and it is this very fact about him that really connects him to Fran, as she is also socially awkward. They come up with a plan to investigate the murder even though one of the things that bothers Adam is that they are keeping things secret from his mother while she also keeps things secret from her husband. However, they are united in their goal to prove his mother’s innocence and also find the actual killer.
This is an enjoyable cozy mystery that will no doubt appeal to lovers of this genre. Readers will be kept guessing until the very end while Fran and Adam leave no stone unturned in their determination to find out what happened to the victim after the dinner party. With excellent pacing throughout as well as expected tension regarding the nature of the investigation, this book proved to be a page-turner from beginning to end. The characters are engaging and the pair made a perfect match when it came to solving this murder. This delightful series continues in May with The Dinner Party. I look forward to seeing what is next in store for Fran and Adam.
Many thanks to Bookouture and to NetGalley for this ARC for review. This is my honest opinion. 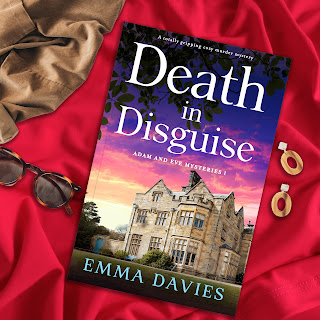 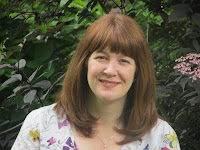 After a varied career, Emma Davies once worked for a design studio where she was asked to provide a fun and humorous (and not necessarily true) anecdote for their website. She wrote the following: 'I am a bestselling novelist currently masquerading as a thirty something mother of three.' Well the job in the design studio didn't work out but she's now a forty something mother of three and is happy to report the rest of her dream came true.
After many years as a finance manager she now writes full time, and is far happier playing with words than numbers. She lives with her husband, three children, and two guinea pigs in rural Shropshire where she writes in all the gaps in between real life. It's a county she adores, her love of its beautiful people and landscapes providing endless inspiration for her books, and in fact the only thing that would make Shropshire more idyllic is if it were by the sea.Pop over to her website www.emmadaviesauthor.com where, amongst other things, you can read about her passion for Pringles and singing loudly in the car. You can also wave to her on twitter @EmDaviesAuthor or find her on Facebook (a little too often than is good for her).
Social Media
Facebook: https://www.facebook.com/emmadaviesauthor
Twitter: https://twitter.com/EmDaviesAuthor
Instagram: https://www.instagram.com/authoremmadavies/
Website: www.emmadaviesauthor.com