The month of September started off with a bang, with 17 books read the first week, and wrapped up with 12 books closing out the last week.

The screenshots below contain direct links to the books on Goodreads: 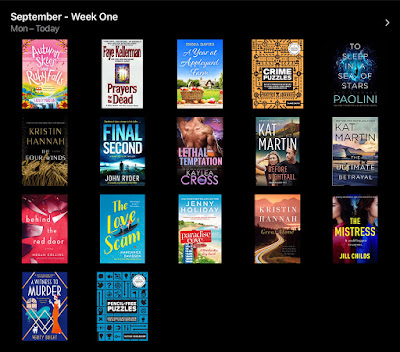 My favorite books this week were The Great Alone and The Four Winds by Kristin Hannah. I also really enjoyed To Sleep in a Sea of Stars by Christopher Paolini.
Moving on to the second week: 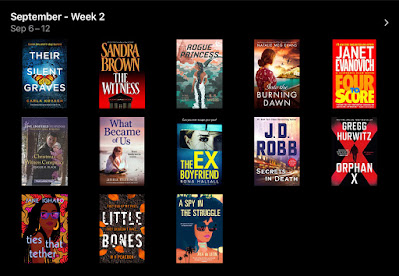 For this week, my favorite books were Ties that Tether by Jane Igharo and What Became of Us by Anna Mansell.
My week three reads: 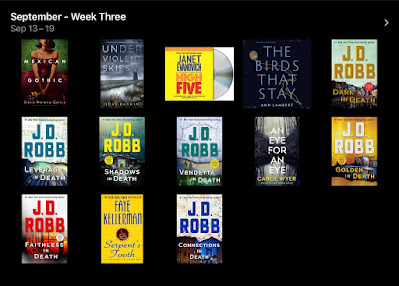 This was probably my best week of the month because I finally caught up with and finished J. D Robb's In Death series. I even read the latest book in the series, which won't be out until February 2021, Faithless in Death. I love this series and will be listening to it from the beginning starting in January.
My last week went as follows: 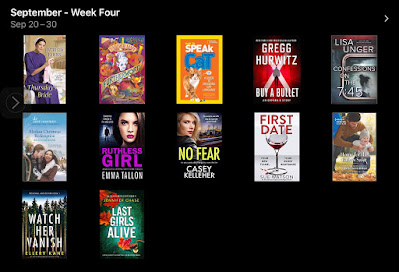 Even though I read 12 books to close out the month, it was a difficult week for me. Actually, the fourth week was only 10 books and the last two above were for the last two days in September. My favorite book of this week was Ruthless Girl by Emma Tallon. It is the 7th book in a thrilling crime series. I also loved First Date by Sue Watson. Watch Her Vanish by Ellery Kane is the first book in a new series and I cannot wait to see what is next because I really loved this one.
Not only did I enjoy my reading this month, which admittedly was less than my average, I also completed a couple of jigsaw puzzles, a hobby I ignored for months.

I just began this puzzle and had a little help from my cat. 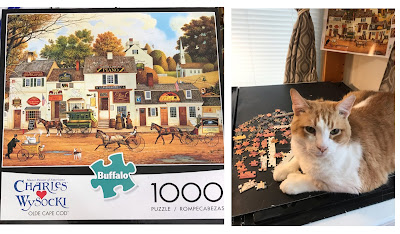 Lastly, I am getting back into adult coloring, and have done a few pictures. 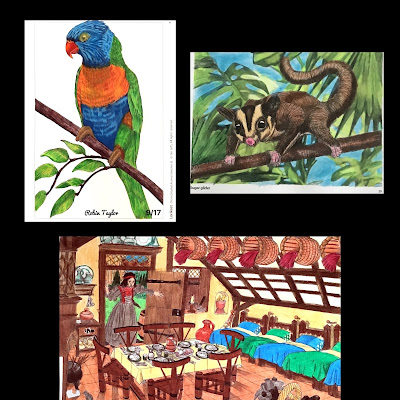 To further inspire me to continue coloring, I even  made a video of all of my coloring supplies:
So that was the month of September. I am already looking forward to October, and have spent some time working on my TBR, which is as follows. (images are clickable to Goodreads)
TBR

Email ThisBlogThis!Share to TwitterShare to FacebookShare to Pinterest
Labels: MONTHLY WRAP UP, wrap up