Where Butterflies Go by Debra Doxer

DESCRIPTION:
Meira Sokolow had the misfortune of being born to Jewish parents in Warsaw, Poland, in 1912. Before she took her first breath, her fate had been sealed.
Residing in the Jewish Quarter of the city, Meira’s early life was typical. She fell in love with a local boy, got married, and had a daughter. Then the German army marched into Warsaw and everything changed. Forced into the ghetto with her family, she found survival to be a daily struggle. Hunger, disease, and unimaginable cruelty were her stark realities. When the ghetto was purged and she was sent to a concentration camp, Meira still had her family, and that was all that mattered. Then the camp was liquidated, and only a handful of survivors remained out of thousands. Meira Sokolow was one of them.
No longer a wife or mother, Meira emigrated to New York City. After World War II, the world wanted to move on and start a new chapter, but Meira couldn’t turn the page so easily. She walked through her days alone, like a ghost with nothing to tether her to the earth. Then she met Max, a handsome American, who first mistook her for one of the boring socialites he encountered every day. He soon learned she was unlike anyone he had met before, seeing her strength and resilience, even when she couldn’t. Max knew he could breathe life into her again, if only she would let him.
Tragic and heartfelt, Where Butterflies Go is based on the harrowing true story of one woman’s survival during the Nazi occupation of Poland, and her struggle to find meaning in the aftermath. 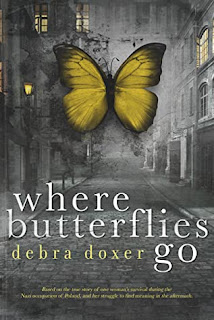 Title:   Where Butterflies Go
Author:  Debra Doxer
Genre:   Historical Fiction
Format:  Kindle ARC
No. of Pages:   272
Date of Publication:   October 7, 2020
My Rating:   5 Stars
In this incredibly touching story by Debra Doxer we meet Meira Sokolow, a Jewish woman born in Poland in 1912. She married young to a man her parents wanted for her older sister. Then after the German army invaded Warsaw, everything Meira had was lost. Along with her husband and daughter, she survived in the ghetto for years. Things were horrid during those years. They suffered from hunger and disease, with things ending very badly for everyone Meira loved.
A rare survivor, she was able to emigrate to New York City, and had hopes of starting over, and at the very least, with her sister who fortunately got out of Poland before things changed so drastically there. Although Meira is now safe, she is hardly the woman she used to be, and is more like a shadow passing through time. While she struggled to make her way she met a man named Max, who was enamored with her from the very start.
The seriousness of this book did not let up, especially as Meira went through the various phases of her life, to the moments of levity when hope began to shine through. I loved the tie in with the butterflies as the story progressed, all the way through to the heartwarming ending.
While reading this book I felt for Meira more than words could express. To see her go through the motions every day of her life, with challenge after challenge facing her was so very hard. But to see her life take a turn for the better, especially when love began to slowly enter into the picture was quite remarkable. This incredible story is one that I will not forget any time soon.
Many thanks to Debra Doxer and HF Virtual Book Tours for this ARC for review. This is my honest opinion.

During the Blog Tour, we are giving away three $25 Amazon Gift Cards! To enter, please use the Gleam form below.
The giveaway is open to US residents only and ends on November 13th. You must be 18 or older to enter.
Where Butterflies Go 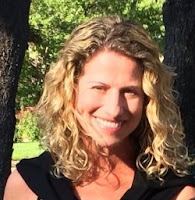 Debra Doxer was born in Boston, and other than a few lost years in the California sunshine, she has always resided in the Boston area. She writes fiction, technical software documents, illegible scribbles on sticky notes, and texts that get mangled by AutoCorrect. She writes for a living, and she writes for fun. When not writing, she's walking her Havanese puppy and forcing her daughter to listen to new wave 80s music."