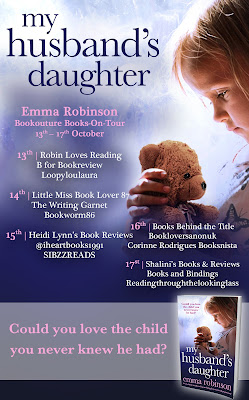 DESCRIPTION:
Cara took a deep breath and let it out slowly. ‘She’s not just my daughter,’ she said as she turned in her seat to face Jack. This man she had once loved, but who she hadn’t seen for nearly five years. ‘Sophie is your daughter too.’
It is just past ten o’clock on a cold Friday evening when Rebecca and her husband Jack’s doorbell rings. Outside is a woman who introduces herself as Jack’s ex-girlfriend Cara. And she’s holding the hand of a shivering, blue-eyed, four-year-old girl. Who she claims is Jack’s daughter.
Rebecca is shocked to discover he has a child from his last relationship – even one he hadn’t known about. Because becoming parents isn’t part of their life plan. They like children, but they also love their freedom and spending time together uninterrupted; the way that, if they wanted to, they could travel the world at a moment’s notice.
But Cara needs them. Because Cara has a devastating secret that she can’t tell anyone yet. Not even her daughter. A secret with the power to change all of their lives.
A secret that will ultimately mean Rebecca has to ask herself – could she find it in herself to welcome her husband’s child into her home, and into her heart?
A heartbreaking and powerful emotional women’s fiction novel about love, friendship and what it truly means to be a parent, perfect for fans of Jojo Moyes, Jodi Picoult and Kate Hewitt.
BUY LINKS:
Amazon: https://bit.ly/2SxDT5C
Apple: https://apple.co/2AxcM5o
Kobo: https://bit.ly/2BGix1e
Google: https://bit.ly/3iAx2UQ
MY THOUGHTS: 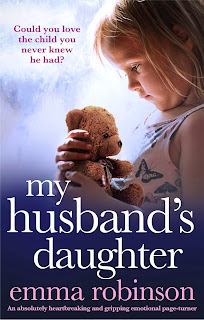 Title:   My Husband's Daughter
Author:  Emma Robinson
Publisher:  Bookouture
Genre:   Women's Fiction
Format:  Kindle ARC
No. of Pages:   266
Date of Publication:   October 13, 2020
My Rating:   4 Stars
Rebecca and Jack make for a very good couple. In Rebecca's previous relationships she made it quite clear that she did not want children, so those relationships fizzled away. When she met Jack and he pretty much felt the same way, what they had really worked. Things grew between them and they married, both having good careers and enjoying married life without children.
However, one day there was a knock on the door and it was a woman named Cara with a small child. Of course, Jack recognized her because they once were a couple. Well, Cara has news for Jack. The little girl with her is his daughter. Imagine how this affected Rebecca. Jack always agreed with her that he did not want children. Not only does he have a daughter, but he never told her about it.
What is more is that Cara is in a bad predicament and she needs a place for her and their daughter to stay. While Rebecca and Jack have but no choice to open their home to them, it soon becomes apparent that Cara has a deep secret, a secret that will change Rebecca and Jack's relationship forever. How far will Rebecca go for Jack's daughter, and by extension, Cara?
My Husband's Daughter is a deeply emotional tale of secrets and devastating upset. As I was reading this book I felt that I could not trust Cara, especially after springing Jack's daughter on him years later, but I soon learned that this story much o offer and even think about. We learn so much about Cara and the choices she had made and the choices in front of her and how they bring about serious change to Jack and Rebecca's lives. The emotional edge was quite powerful and extremely touching.
This heartbreaking story took more than one turn and kept me riveted to what I knew would eventually come. There was a message in this book, one of love and change, but tinged with great sadness. Emma Robinson definitely did a fine job with this moving story
Many thanks to Bookouture and to NetGalley for this ARC for review. This is my honest opinion.
ABOUT THE AUTHOR:

Emma Robinson thinks of herself as one of the ‘Bridget Jones generation’ – who are now grown up and having children – and writes novels for women who feel the same.
She also has a blog, Motherhood for Slackers, which takes a humorous look at parenthood, and includes poems such as ‘Dear Teacher’ about her son starting school which has been shared around the world. Emma is an English teacher and lives in Essex with a patient husband and two children who are an endless source of material.
https://twitter.com/emmarobinsonuk
https://motherhoodforslackers.com/
https://www.facebook.com/motherhoodforslackers/