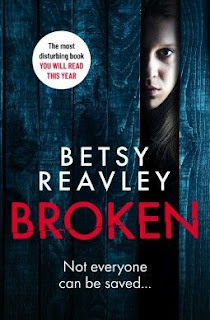 Annabel, a troubled young woman trying to put her life back together, decides to take a trip to the Suffolk coast to clear her head and get away from her mother. But when she arrives in the little seaside town, she discovers a series of grisly murders have taken place and police are searching for a twisted killer.

After a fateful meeting with a mysterious stranger, Jude, the course of her life changes and soon she finds peace in a world away from the misery she has known.

But when Jude comes under suspicion from the police, and her idyllic world is threatened, Annabel’s happy existence starts to become a nightmare.

Can Annabel escape her painful past or is her fate sealed? And why is she haunted by horrific visions when she seems on the verge of finding happiness?

This astonishing novel will take you on a shattering journey through Annabel’s fight for survival and will ask if the greatest threat we pose is to ourselves.

Suitable for over 18’s only. It contains graphic scenes some readers may find disturbing.

Annabel is overwhelmed with her mother, so she got away in order to try and regroup. She has no easy path ahead of her, however. As she travels to the coast, she ends up at a town where a series of murders has occurred. Running into a stranger, however, a mysterious man named Jude, brings Annabel a measure of peace.

As the police are searching for the killer, Jude actually becomes a suspect, and the peace that Annabel was seeking is shattered. Not only that, but event after event happens, and Annabel's life has catapulted into a living nightmare.

More about Annabel. And this was a bit difficult to assimilate. She had been hospitalized in a mental institution. It comes to no surprise that she wants to start over. No such peaceful existence for her. She uses her talent at writing poetry to purge her thoughts. Some of these poems are truly disturbing.

Instead, this book, which is a mix of a mystery and horror. It is dark, gruesome and spine-tingling. Not a real favorite, but definitely a page turner. I am still very eager to read more by Betsy Reavley, but won't grab the book if it is labeled horror.

Many thanks to Bloodhound Books and to NetGalley for this ARC for review. This is my honest opinion. 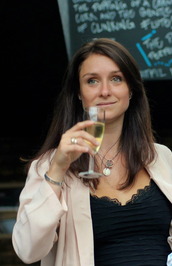 Betsy Freeman Reavley is the author of Beneath the Watery Moon and A Worm in the Bottle. Carrion, her latest psychological thriller will be released in November 2014.

She was born in Hammersmith, London.

As a child she moved around frequently with her family, spending time in London, Provence, Tuscany, Gloucestershire and Cambridgeshire.

She showed a flair for literature and writing from a young age and had a particular interest in poetry, of which she was a prolific consumer and producer.

In her early twenties she moved to Oxford, where she would eventually meet her husband. During her time in Oxford her interests turned from poetry to novels and she began to develop her own unique style of psychological thriller.

Beneath the Watery Moon is Betsy Reavley’s beautifully written first release and tells the macabre story of a young woman battling against mental illness.

Beneath the Watery Moon is published by Not So Noble Books and is available as an eBook from Amazon.

Betsy Reavley's second novel Carrion is a psychological chiller that address the link between grief and mental illness.

Reavley says "I think people are at their most fascinating when they are faced with life's real horrors." This is what I love to write about.