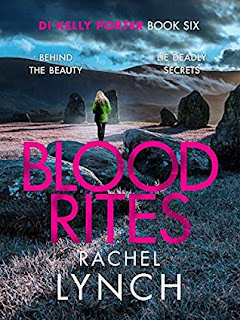 DI Kelly Porter is about to discover just how dark things can get in the Lake District.
When a young woman is found unclothed, unspeaking at an ancient stone circle it's not clear if any crime has been committed. DI Kelly Porter and her team start looking into the circumstances, but the mystery girl disappears.

Soon after, a brutal murder is committed and sinister markings at the scene indicate that the killer had a message. The investigation reveals that in the beautiful Lake District there are those who believe in ancient ways, and within those circles old resentments are spilling over into terrible violence.

Kelly has all the pieces to solve the puzzle, but to put them together she must confront a figure from her past: one who nearly destroyed all that she holds dear. Will she avoid the same fate this time, or can the killer stay one step ahead of her to the bitter end?

DI Kelly Porter is on the case yet again. When a young woman was found in an ancient stone circle, circumstances are rather odd. Unfortunately for Kelly and her team, there are very few clues to be found as to why the girl was there, and as to her identity. To make matters even worse, the young woman soon disappears.

By no coincidence, soon after a murder occurs at the exact same site, but this time the killer left a message. Kelly does what she can to solve the current murder, all while trying to find the missing girl. The clues point to a group of people that are connected to the ancient stone circle. These people believe in certain ways. It might be rather confusing to Kelly, but it does at least give her the clues that she needs.

Little did Kelly realize that her current case would tie back to someone from her past, and that she would be facing a critical danger. With lots of twists and turns, excellent writing and a compelling conclusion, this proved to be an excellent addition to the series.

It has been several months since I read a book from this series, and I have have read all of the previous books. I fell right back in with Kelly and her method of solving crimes, no matter how difficult they proved to be. It was also a pleasure to see her getting along well with Johnny despite the difficulties they ran across in the past.

I have come to love Rachel Lynch and I definitely look forward to more on this series and to anything else she has to offer.