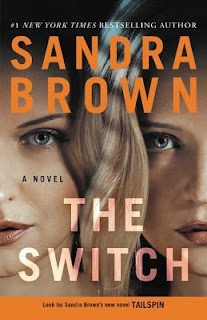 When Melina suggests that her twin sister Gillian take her place as a media escort to an astronaut, she initially refuses. The following morning Melina is horrified to learn that her sister has been murdered. Now she must work together to learn the truth behind her sister's death, and discover the identity of the killer, whose plans are far from over.

They did it when they were kids, so what harm would it cause now? Gillian and Melina Lloyd decided to switch places when Melina was assigned to escort astronaut, Christopher “Chief” Hart, at a publicity event. Things turned out quite horribly. Sadly, Gillian was brutally murdered after returning home.
Melina is devastated, quite naturally. One of the reasons is she feels that it should’ve been her not Gillian. She feels this way not only due to switching places, but also due to the horrific messages painted on the walls where her twin was murdered.
Chief and Melina become reluctant partners, in large part, this is due to the fact that a Chief was the last person to see Gillian alive. Through no fault of their own, they had become embroiled in something mysterious and potentially dangerous.
This certainly is no cut-and-dried mystery. The reason for the brutal murder is due to incredibly nefarious and far-reaching reasons. The story is built on several levels, with a diabolical tale that has affected many lives. The element of danger and suspense never lets up, not even for a minute. All the while the emotions that are shared between Melina and Chief have an undeniable intensity.
The twists and turns are top-notch and comes with a lot of guesswork. I absolutely loved what has been done in this story in terms of plot and how it lends itself to keep readers guessing.
This is not the first time that I have read this mesmerizing book. Each time I have read it I still found it just as captivating. Amazingly, I read this 512-page book from cover-to-cover in one sitting. I look forward to continuing to read books by this favored, prolific author. I highly recommend this book to those who enjoy thrillers. The Switch is an excellent way to showcase the talent of Sandra Brown for new readers of hers.
Many thanks to Grand Central Publishing for this ARC for review. This is my honest opinion.