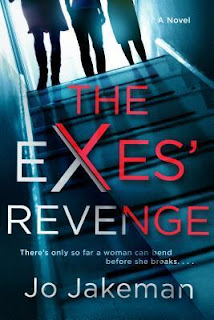 A wickedly dark debut thriller about three women who've all been involved with the same man and realize the one thing they have in common is that they all want revenge against him...
Divorces are often messy, and Imogen's is no exception. Phillip Rochester is controlling, abusive, and determined to make things as difficult as possible. When he shows up without warning demanding that Imogen move out of their house by the end of the month or he'll sue for sole custody of their young son, Imogen is ready to snap.
In a moment of madness, Imogen does something unthinkable--something that puts her in control for the first time in years. She's desperate to protect her son and to claim authority over her own life.
But she wasn't expecting both Phillip's ex-wife and new girlfriend to get tangled up in her plans. These three very different women--and unlikely allies--reluctantly team up to take revenge against a man who has wronged them all.

Everyone has a breaking point, and this is illustrated in this story in more ways than one. When this story begins, Imogen, Naomi and Ruby are desperately trying to hide their feelings at the funeral of Phillip Rochester. The truth of the matter is that they are all immensely satisfied that he is dead. Two were ex-wives and one was his current girlfriend. What Phillip was to these three women was hardly endearing. Phillip was an abusive, controlling man who made their lives a living hell.

Imogen desperately fears for the safety and future of the young son she shares with Phillip. When the most unlikely opportunity presents itself, she takes control. Imogen has no choice but to include Naomi and Ruby in her newfound situation with Phillip. Can the three work together to create the ideal solution to all of their problems?

Although this story is presented from Imogen’s point of view, it is told in both past and present, so the relationships Phillip experienced with both Naomi and Ruby is clearly explored. Phillip was a policeman with an impeccable record and thus was able to get away with years of abuse. Always the victim, Imogen grasps the upper hand. The situation was often touch-and-go as the women learn to work together. This most certainly becomes a matter of establishing trust. Seeing that they were all involved with Phillip at one time or another, this does not come easy. In fact, it gets rather hairy, albeit a bit humorous, at times.

At some point in the story, I experienced a complete contradiction of emotions. On the one hand I assumed that the scenario was ludicrous and I did not want to continue. But then I was sort of pleasantly surprised at the turn of events that happened in the story. The contradiction occurred when I saw the true nature of Phillip and began to understand the actions of the women. Things turned for me again when I became truly repulsed, as if I wasn’t already previously in the story. I can say that this book was incredibly cringeworthy. Despite this dichotomy, this debut novel was fast-paced and a rather quick read.

Many thanks to Berkley and to Edelweiss for this ARC. This is my honest opinion. 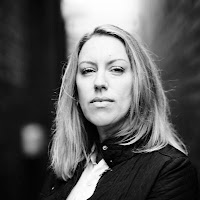 Jo was the winner of the prestigious Friday Night Live competition at York Festival of Writing. Her debut Psychological Thriller was published in the UK as Sticks and Stones by Harvill Secker (Penguin Random House) and as The Exes’ Revenge in the USA and Canada. Her second thriller SAFE HOUSE is due summer 2019.