Review - The Lady is Daring 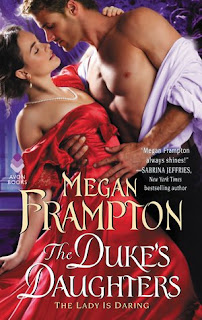 DESCRIPTION:
Five well-bred sisters, one sensational scandal. Now the Duke of Marymount's daughter Ida is about to find love in the most unconventional way...It was easy for society to overlook Lady Ida Howlett; they found her bookish, opinionated, and off the marriage mart. But little did they know that behind a calm exterior beats the heart of an adventuress, one who, determined to discover her runaway sister's whereabouts, steals a carriage and sets off on a daring mission. Then she discovers she's not alone! Bennett, Lord Carson, is inside, and he refuses to leave.Lord Carson's plans had always been to find a soft, gentle wife who would run his home and raise his children. Still, he makes a bargain with Ida—he won't desert her during her mad adventure. He'll make sure she's safe, and then find a suitable lady to fall in love with. But when rules (and garments) become discarded during this long, intimate journey, it's soon clear that this surprisingly daring lady is the woman he's needed all along.

Lady Ida Howlett is none too pleased to have her mother tell her that it is time for her to find a suitable mate and marry. She is hardly bride material. She is a bookworm, smart and far too opinionated to be a good choice for any man. Instead of worrying about that, there is something even more important for her to do. One day she steals away because she has always wanted to know the whereabouts of her older sister, Della. When she spots a carriage, she jumps in, fully intent on finding Della.
Bennett, Lord Carson, is both shocked and suddenly powerless. A woman jumps into the very same carriage he has just taken refuge in. Bennett thought he was just getting away from his problems, which includes marry well in order to deal with his father’s debts, if only for a little while. He won’t leave the carriage, she will not return home. What soon begins is a remarkable journey for both Ida and Bennett. Both need to marry, they know that. However, despite the most undeniable chemistry between them, after many discussions, they know that their journey will one day end and that they both will indeed marry. But, certainly not each other.
Ida is certain that she is in the adventure of a lifetime. But all her wit and intelligence have not prepared her for the incredibly intense way that Bennett makes her feel. Nothing she read in books prepared her for that. On the other hand, Bennett is fully aware of the effect that he and Ida have on each other. He does his best to remain a gentleman, fighting the fact that desire quickly moved to powerful feelings.
The Lady is Daring is a sexy and exciting story. There are some humorous moments as well. This is also a very warm read. This was definitely a nice read to wrap up a lazy Saturday afternoon.
This is the third book in The Duke’s Daughters series. I haven’t had the opportunity to read the first two stories. They are Lady Be Bad and Lady Be Reckless. The nextbook in the series is Never a Bride, which is due for release on April 30, 2019. It is obvious that Bennett was in both of the first two stories, so this series might better be enjoyed if read in order.
Many thanks to Avon and to Edelweiss for this ARC to review. This is my honest opinion. 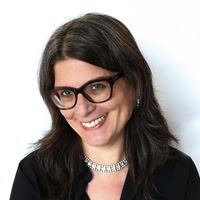 Megan Frampton writes historical romance under her own name and romantic women’s fiction as Megan Caldwell. She likes the color black, gin, dark-haired British men, and huge earrings, not in that order. She lives in Brooklyn, New York, with her husband and kid. You can find her at meganframpton.com, at facebook.com/meganframptonbooks/, and http://www.twitter.com.meganf.