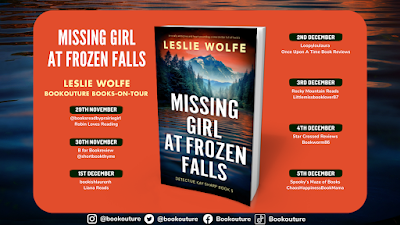 She lay in the frosted grass behind Frozen Falls. Her eyes were wide open, and the wind blew her hair, ash-blond locks reflecting the blue sky. Her face, beautiful even in death, was pale, as if the bitter cold from the mountain had drained the color from her cheeks.

On a crisp autumn day in the small town of Mount Chester, Detective Kay Sharp comes face-to-face with the past she has spent the last decade running from. Her ex-husband, Brian, has been accused of murder.

Seeing Brian brings a flood of painful memories—he betrayed her in the worst possible way. Yet despite her heartbreak, Kay is willing to put her career on the line to prove his innocence.

Brian is accused of killing Kay’s former best friend, Rachel—the woman he cheated on Kay with, getting her pregnant. The blood drains from Kay’s face; she received a voicemail from Rachel two days ago. “I hope you’ll forgive me,” she’d said, her voice fraught with tears. “I know I have no right, but I need you.” Kay’s stomach plummets. By the time she called back, Rachel was already dead. Could Brian really be the murderer?

Kay faces pressure from her crime team, who don’t want her working on an investigation so close to home. But she’s willing to risk everything—she vows to get justice for Rachel.

When Kay visit’s Rachel’s mother, she uncovers a heart-stopping discovery that makes the case even more critical: Rachel’s eight-year-old daughter, Holly, is missing. Could the little girl still be alive?

Up against the most complex—and most personal—case of her career, can she save precious Holly before it’s too late? And will Kay’s determination to find out the truth lead to justice—or be her undoing?

Thrillers don’t get more gripping than this! You’ll speed through this addictive, twist-filled page-turner with a racing heart. Perfect for fans of Robert Dugoni, Karin Slaughter and Rachel Caine. 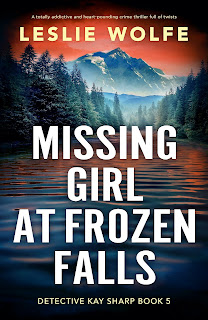 Title:   Missing Girl at Frozen Falls
Author:  Leslie Wolfe
Series:  Detective Kay Sharp Book #5
Publisher:  Bookouture
Genre:   Mystery & Thrillers
Format:  Kindle ARC
No. of Pages:   328
Date of Publication:   November 29, 2022
My Rating:   5 Stars
Detective Kay Sharp is not very happy that her ex husband Brian has come to her for help. He has been accused of murder and he knows that he has to turn himself in, but he wants her help first. This proves very difficult for Kay because it brings back difficult memories from the past and yet she finds that she cannot say no to him. Not only is Kay a cop, but Brian is as well.
If things were not already bad enough, when Kay discovers who it was that Brian is said to have killed, she is completely floored. The murder victim is her former best friend Rachel, Years ago, once Kay became aware that Rachel was sleeping with Brian, their relationship completely fizzled. In fact, a voicemail that was sent to her by Rachel just two days before her death is something that Kay ignored at first. Now she knows that she has to help Brian while working hard to discover who it was that killed Rachel. Kay’s involvement in this case just might endanger her career. She also has to determine how much she can trust Brian.
To say that this case is close to home is an understatement, and her team is not happy that she is working on it nor are the people that Brian works with are happy that Kay is desperately searching for answers. And Kay’s desperation for answers increases greatly when she discovers that Rachel’s daughter Holly ding for Kay as she works to find the killer and what happened to Holly.
What a remarkable addition to an excellent series by Leslie Wolfe. Thanks to intense drama, incredible tension and several twists and turns, this intriguing book had me reading late into the night.  Book six in this cannot come too soon.
Many thanks to Bookouture and to NetGalley for this ARC for review. This is my honest opinion. 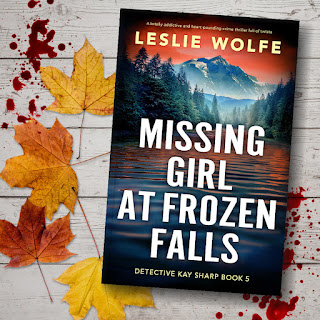 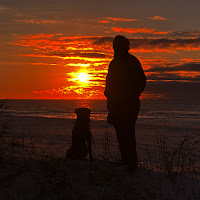 Leslie Wolfe is a bestselling author whose novels break the mold of traditional thrillers. She creates unforgettable, brilliant, strong women heroes who deliver fast-paced, satisfying suspense backed up by extensive background research in technology and psychology.

Her novels have a consistent presence in genre bestselling lists and a solid sales track record, with more than a million copies sold. Her bestselling series include the Detective Kay Sharp series, the Tess Winnett series, the Baxter & Holt series, and the Alex Hoffmann series.