BLOG TOUR - All the Courage We Have Found 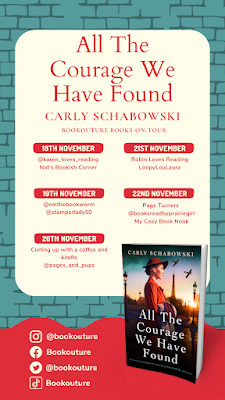 France, 1942: An unforgettable, heart-wrenching and utterly unputdownable World War Two novel about one woman’s bravery in the face of darkness, and her heartbreaking decision to risk everything to do the right thing…As Kasia creeps out of the farmhouse in the dead of night to transmit an urgent message, her heart pounds in her chest. Gripping her radio tightly in her hand, she feels a terrible sense of dread. She knows that this message could be the one that finally leads the Nazis to her…Crouching in the shadows, with trembling fingers she turns the dial on her radio and hears the familiar crackle of static. Shaking, she quickly taps out her message and, holding her breath, she waits in the darkness.Suddenly, she sees a quick flash of light out at sea. Her message has been received by the Allied boats; now they know it’s not safe to come ashore tonight.As she looks back towards the little farmhouse, her heart catches in her throat. Inside, the two people she loves most in this world are sleeping soundly. Because while Kasia knows her messages might save thousands of soldiers, she also knows that her radio signal could bring the Germans terrifyingly close, perhaps even straight to Hugo and Elodie… 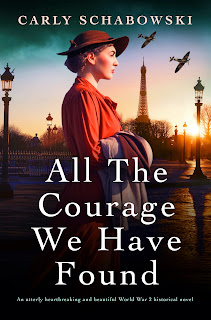 Title:   All the Courage We Have Found
Author:  Carly Schabowski
Publisher:  Bookouture
Genre:   Historical Fiction
Format:  Kindle ARC
No. of Pages:   335
Date of Publication:   November 18, 2022
My Rating:   5 Stars
Kasia is about to leave Poland to work as a radio operator in France. Her work for the Resistance is top secret and crossing the border will be no easy task. The night before Kasia is to leave, she meets a little girl who apparently is mute and so she calls her Elodie. This beautiful little girl has an unusual characteristic that reminds Kasia of someone from her past, and she feels compelled to bring Elodie with her.
They are secreted in a farmhouse with a man named Hugo who is very resistant to the plan, but he does help Kasia and Elodie keep hidden. Hugo is a tough character and is actually someone who does not appear very likable from the start. However he does find strength in Kasia in the work that she does but he also grows quite fond of Elodie.
Meanwhile, Kasia’s work is very tenuous and with a real threat of being exposed, she is forced to make a very difficult decision. While doing her best to continue her work, Kasia’s thoughts of her past relationship with a man that she once thought she would marry as well as her broken relationship with her sister never remain far from her. She is torn between her loyalty to the Resistance as well as mending fences from her past. Meanwhile, there is the question is what will happen with Hugo and Elodie.
What a remarkable story from an author who is new to me. The story touched me on many levels, as it was both heartbreaking and heartwarming at a time when strength, courage, love and forgiveness all played into the story. With danger never being far behind for Kasia, all while the bonds of love were forming, this story brought yet another satisfying read during a difficult time in history.
Many thanks to Bookouture and to NetGalley for this ARC for review. This is my honest opinion. 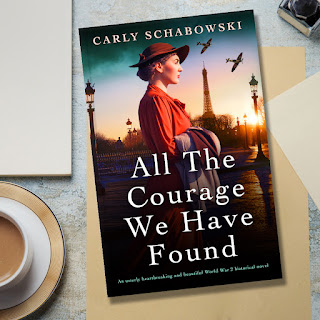 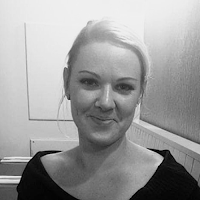