Review - The Stranger Inside 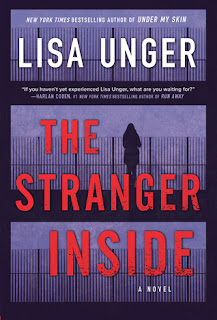 Even good people are drawn to do evil things ... Twelve-year-old Rain Winter narrowly escaped an abduction while walking to a friend's house. Her two best friends, Tess and Hank, were not as lucky. Tess never came home, and Hank was held in captivity before managing to escape. Their abductor was sent to prison but years later was released. Then someone delivered real justice—and killed him in cold blood.

Now Rain is living the perfect suburban life, her dark childhood buried deep. She spends her days as a stay-at-home mom, having put aside her career as a hard-hitting journalist to care for her infant daughter. But when another brutal murderer who escaped justice is found dead, Rain is unexpectedly drawn into the case. Eerie similarities to the murder of her friends' abductor force Rain to revisit memories she's worked hard to leave behind. Is there a vigilante at work? Who is the next target? Why can't Rain just let it go?

Introducing one of the most compelling and original killers in crime fiction today, Lisa Unger takes readers deep inside the minds of both perpetrator and victim, blurring the lines between right and wrong, crime and justice, and showing that sometimes people deserve what comes to them.
Link to purchase the book

Rain Winter experienced a horribly tragedy. She escaped an abduction, barely. Tragically, two of her best friends did not as well. Her best friend Tess was killed, and Hank suffered serious harm. Fortunately, the kidnapper was caught and imprisoned. However, he was eventually released. While Rain became terrified all over again, she soon learned that the man had been killed.

So, Rain is free to live a normal life. She was a very successful journalist, but chose to leave her career and to stay at home with her baby daughter. Now that the man has been killed, this brings back all the horror to Rain, especially as she is drawn into the case. This is in part because of her connection to journalism.

Rain knows that a vigilante is at work. But why? As this story progresses, Rain's past trauma is relayed. This was utterly tragic. There was no way not to be involved emotionally on many levels. On the one hand, imagining what Rain, Tess and Hank went through was utterly heartbreaking. Then the need for vengeance felt so real. I was riveted to this story because it had it all: tension, drama, tragedy, danger and more.

Imagining Rain as a protective mother after the past she could never forget added another layer to this thrilling story. In part this is because even though the man was killed, the danger has not let up. In fact, it has increased. Rain's take on it is definitely not what anyone expected. This being said, this story runs at a rapid pace, which continually escalated and resulted in shocking twists and turns. This all resulted in a shocking conclusion.

Many thanks to Park Row and to NetGalley for this ARC for review. This is my honest opinion. 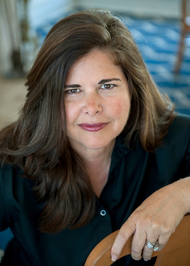 Lisa Unger is the New York Times and internationally bestselling author of seventeen novels, including THE STRANGER INSIDE. With millions of readers worldwide and books published in twenty-six languages, Lisa Unger is widely regarded as a master of suspense. In 2019, she received two Edgar Award nominations, an honor held by only a few writers including Ruth Rendell and Agatha Christie. The Edgar-nominated UNDER MY SKIN is also a finalist for the prestigious Hammett Prize, and the Macavity Award for Best Novel. And the original short story THE SLEEP TIGHT MOTEL is a #1 bestselling single.

Unger's critically acclaimed books have been voted "Best of the Year" or top picks by the Today show, Good Morning America, Entertainment Weekly, Amazon, IndieBound and many others. Her writing has appeared in The New York Times, Wall Street Journal, NPR, and Travel+Leisure. She lives on the west coast of Florida with her family.