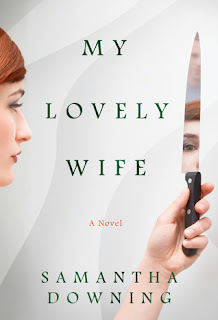 DESCRIPTION:
Dexter meets Mr. and Mrs. Smith in this wildly compulsive debut thriller about a couple whose fifteen-year marriage has finally gotten too interesting...Our love story is simple. I met a gorgeous woman. We fell in love. We had kids. We moved to the suburbs. We told each other our biggest dreams, and our darkest secrets. And then we got bored.We look like a normal couple. We're your neighbors, the parents of your kid's friend, the acquaintances you keep meaning to get dinner with.We all have secrets to keeping a marriage alive.Ours just happens to be getting away with murder.

Think of the movie called Mr. and Mrs. Smith, then think of the television show Dexter. Granted I have not seen either one, but I have seen enough previews of both to know exactly what the publisher meant when they included these titles in the blurb.

This is a story about a man and a woman seemingly happily married, with two teenagers. They live in a gorgeous house in the suburbs. They had everything going for them. But then life got stale. So they decided to spice things up a bit. No, not necessarily other people in their sex lives as one might think when it comes to spicing things up. Instead, they turned to murder. Yes, murdering vulnerable young women just for the heck of it.

The wife’s name is Millicent. She is the driver in this untenable situation. This story is entirely told in the husband’s point of view. Noticed that I could only give you the wife’s name, not the husband’s. He is unnamed in the story. How did they do their planning? Date nights. How utterly unromantic. Yet it worked for them. That is until one murder was different than the others. Are they on the same page?

I cannot think of a single book that even came close to this in context. As macabre as it is, this debut novel by Samantha Downing is rather brilliant. It is twisted beyond belief. This read was a true page-turner, full of misdeeds that could only have one ending. But did it?

Many thanks to Berkely and to Edelweiss for this ARC in exchange for my honest opinion. 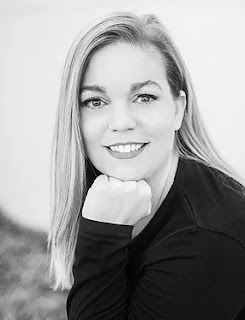 Born in the Bay Area and now living in the Big Easy, I consider both to be home. Along the way I went to school, worked a few jobs and learned a thing or two. Throughout it all, I wrote. Never studied writing, it's just a hobby that grew into a passion. A dozen books later, my first novel will be published in 2019. My Lovely Wife is not the first one I wrote, it's the first one I submitted (trust me, the other eleven are terrible).

When I was a kid, my mom brought me to the library every two weeks. I checked out a stack of new books and new worlds. The best thing was becoming so absorbed in a book I couldn’t put it down. I walked around with it in front of my face, I took it to the bathroom, the kitchen, the book came with me wherever I went. I tripped, ran into walls and stubbed my toes because I never watched where I was going.

This is why I write. I want to tell stories that make people walk into walls.