Review - The Killer in Me 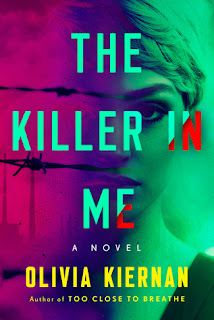 Title:   The Killer in Me

Death is no stranger to Detective Chief Superintendent Frankie Sheehan, but she isn’t the only one from her small, coastal suburb to be intimately acquainted with it. Years ago, teenager Seán Hennessey shocked the tight-knit community when he was convicted of the brutal murder of his parents and attempted slaying of his sister, though he always maintained his innocence. Now, Seán is finally being released from prison—but when his newfound freedom coincides with the discovery of two bodies, the alleged connection between the cases only serves to pull Frankie further from answers even as it draws her closer to her town’s hidden darkness. With a television documentary revisiting Seán’s sentence pushing the public’s sympathies into conflict on a weekly basis, a rabid media pressuring the police like never before, and a rising body count, Frankie will need all of her resources if she is not only to catch a killer, but put to rest what really happened all those years ago.

A dark, irresistible cocktail of secrets, murder, and family, Olivia Kiernan’s latest is an impossible-to-put-down triumph.

DCS Profiler Frankie Sheehan is rather nonplussed when she is asked by a convicted murderer, Séan Hennessey, to prove that he was innocent of the murder of his parents and attempted slaying of his sister. He has been released from prison, but he declares his innocence and hopes that Frankie will help him.

Frankie really doesn’t want to help, but she agrees and at the same time she is busily trying to solve other recent murders. She discovers an apparent connection between her current case and Séan’s past. Will Frankie be able to deal with everything going on, which includes the media’s attention?

It does not help matters that Frankie does not trust Séan. As she discovers that things go far deeper than she could’ve imagined, which include a lot of secrets, she really has her hands full. As a profiler, running into murder is part of her job, but sometimes it becomes overwhelming as we see in this story as it is told from her point of view.

This exciting story kept my attention from page one and I simply could not put it down. Although this is the second book in the Frankie Sheehan series, it can be read as a standalone.

I would like to thank Olivia Kiernan, Dutton and First To Read for this ARC to review in exchange for my honest opinion.

Review for Too Close to Breathe,
https://www.robinlovesreading.com/2019/04/review-too-close-to-breathe.html