COVER REVEAL - Hot Under the Collar

New York Times bestselling author Roxanne St. Claire is kicking off a brand new series and we couldn't be more excited about it! Check out the cover for HOT UNDER THE COLLAR and be on the lookout for it soon! 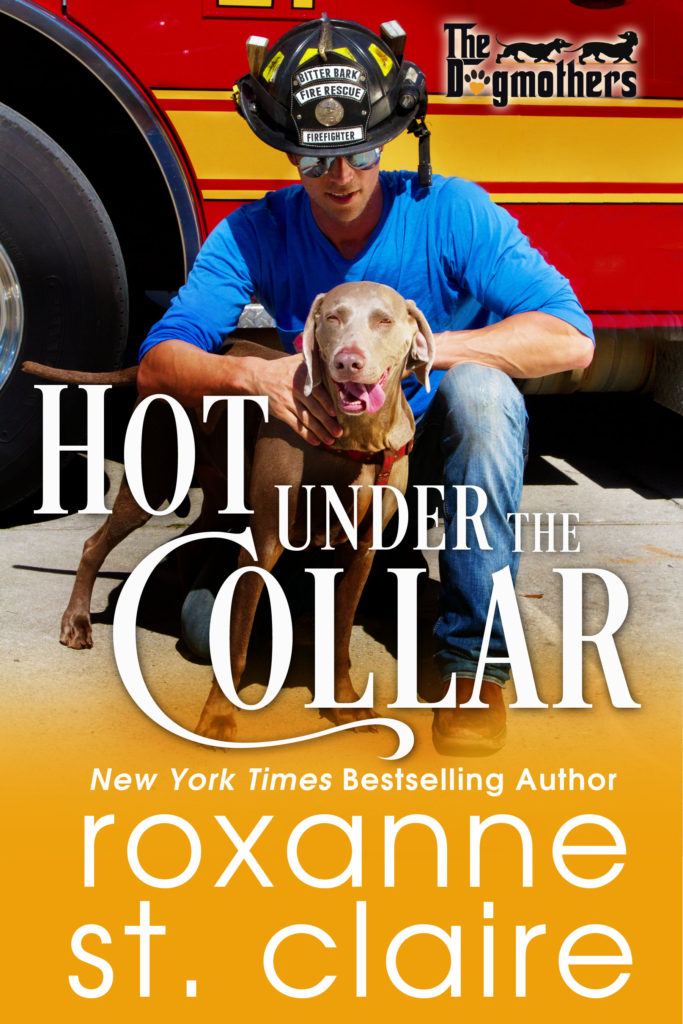 About HOT UNDER THE COLLAR

Firefighter Braden Mahoney is devastated when his beloved Weimaraner, Jelly Bean, fails the canine arson investigator test. Faced with the challenge of raising the money for advanced training, it’s Braden’s sweet grandmother and her best friend who suggest he use the services of the new event planner in town. Not that he needs a push in Cassie Santorini’s direction. Ever since she arrived, Braden has had his eye on the sassy Greek goddess…and can’t stop thinking about getting the rest of him on her, too.

Cassie has spent years putting family first, even moving to Bitter Bark when her mother falls in love with the local veterinarian. Having a huge new extended “family” is fun, especially when one smokeshow of a firefighter attends the gatherings, but Cassie has no plans to remain in this small town. She’s ready to pursue her big city dreams. But when Braden asks for an assist for his precious pup, Cassie agrees to help him set up a town-wide scavenger hunt. It isn’t exactly a hardship to be around those blue eyes and brawny shoulders, especially since they both agree everything – even the undeniable sparks that crackle between them – is temporary.

But when temporary gets complicated by feelings that might lead to forever, Braden and Cassie start to question the direction they're headed. Should they follow their dreams…or their hearts? It’ll take a dog with a bad nose and a sweet soul, two particularly meddlesome grandmas, and some help from the clan that loves them to make sure Cassie and Braden follow the clues and find their way to each other’s arms.

Just like The Dogfather, the covers of The Dogmothers were all photographed at Alaqua Animal Refuge in Florida using rescue dogs and local heroes, and a portion of the first month’s sales of every book is donated to that amazing organization.

Daniel Kilcannon, a widower with six unmarried kids, has not only orchestrated wonderfully happy endings for all his offspring…he’s found one of his own. That leaves his grown nieces and nephews plus his adult stepkids all in need of their own magical romances. Is The Dogfather too preoccupied with his new lady love to pull the strings and make the matches? Maybe. But there’s a new team in town and these two might be polar opposites in life but they are lined up in love. One grandmother has the steel spine of a Greek warrior, the other has the heart of an Irish poet. Together, along with two darling dachshunds, these Dogmothers won’t stop until all nine of their grandchildren are hooked, hitched, and happy.

When Agnes Santorini arrives in Bitter Bark, she has something to prove. The notoriously nasty Greek grandma seeks to show her growing family that she’s an all new Yiayia, inside and out. At the same time, Finola Kilcannon, the beloved octogenarian Irish blogger, knows that her role as the mistress of Waterford Farm is now in the hands of her son’s fiancée, and it’s time for Gramma Finnie to start the next chapter in her life. It doesn’t take long for these ladies to realize that they are stronger, better, and way more powerful together than apart, so they move into a Victorian that’s aging as gracefully as they are, and get to work. It takes a wee bit of meddling, a dash of manipulation, and plenty of help from man’s best friend, but the Dogmothers soon become as good as their predecessor, the Dogfather, at orchestrating a happily ever after.

In this new spin-off series, there’s laughter, love, heartache, hope, and happy endings in store for the Mahoney, Santorini, and, of course, the Kilcannon clans. With nine full length novels planned, plus a holiday novella every year, readers are in for a treat that will take them through 2021! Fans of The Dogfather series will find the same level of emotional intensity, familiar family connections and characters, and, of course, an unforgettable dog at the very heart of every story. 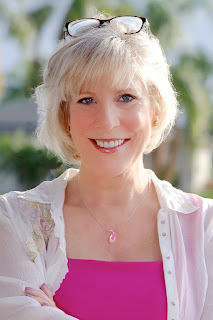 Published since 2003, Roxanne St. Claire is a New York Times and USA Today bestselling author of more than fifty romance and suspense novels. She has written several popular series, including The Dogfather, Barefoot Bay, the Guardian Angelinos, and the Bullet Catchers. In addition to being an ten-time nominee and one-time winner of the prestigious RITA™ Award for the best in romance writing, Roxanne has won the National Reader’s Choice Award for best romantic suspense four times, as well as the Maggie, the Daphne du Maurier Award, the HOLT Medallion, Booksellers Best, Book Buyers Best, the Award of Excellence, and many others. A mother of two but recent empty-nester, Roxanne lives in Florida with her husband. She loves dogs, books, chocolate, and wine, especially all at the same time.