Review - Closer Than You Think 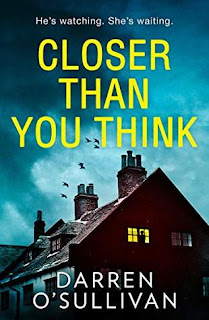 He’s watching. She’s waiting.
Having barely escaped the clutches of a serial killer, Claire Moore has struggled to rebuild her life. After her terrifying encounter with the man the media dubbed The Black-Out Killer, she became an overnight celebrity: a symbol of hope and survival in the face of pure evil. And then the killings stopped.

Now ten years have passed, and Claire remains traumatised by her brush with death. Though she has a loving and supportive family around her, what happened that night continues to haunt her still.

Just when things are starting to improve, there is a power cut; a house fire; another victim found killed in the same way as before.

The Black-Out Killer is back. And he’s coming for Claire…

Claire Moore has struggled for years after escaping a brutal serial killer. The murderer was called the Black-Out Killer. But, suddenly, the killings stopped. Not only has she had to suffer the after affects on a private level, she has become loved - and haunted - by the public as well as the press. As the ten-year anniversary of her escape approaches, Claire is determined to take control over her life.

Sadly, her nightmare isn’t over. Not only has it just begun, she does not quite realize it yet. Instead, she finally has hope. She makes wonderful strides.

When a sudden power cut occurs, and another body is found, it appears as if the killer is back, and headed for Claire.

What a tense read! I worried so much about Claire and her feelings and fear. Her trauma, and the loss she experienced was with her every second and it was palpable.

This was a compelling book. The level of danger and creepiness rated off the charts. Although I chose to read it during a bright sunny day due to the context, I still remained very nervous while reading it.

The ending, however, gave me pause. So much so that I barely know how to close this review! Suffice it to say that it shocked me upon belief. I cannot reconcile how the author left things. I simply cannot. If not for the last few chapters, this would be a five-star review. However, things ended in such a way that I will go with a 3.5.

Many thanks to HQ Digital and to NetGalley for this ARC to review in exchange for my honest opinion. 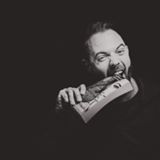 Darren O'Sullivan was born in Slough in 1982 but moved to Peterborough when he was 17 to train in performing arts. He has been working creatively ever since, first as an actor for the stage, then director. 5 years ago he felt inspired to write theatre and from that came the idea to develop a novel.

Following being accepted in the Faber and Faber novel writing programme in 2015 he fine tuned his hand and during that 6 month training programme his debut novel Our Little Secret was born.