BLOG TOUR - Tell Me No Lies 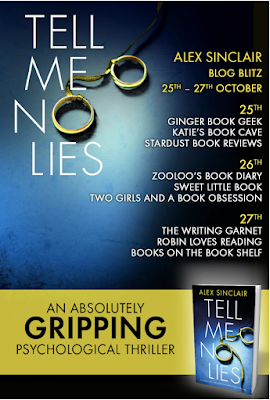 Today is my stop on the Blog Tour for Tell Me No Lies by Alex Sinclair.

How well do you really know your husband?

Grace Dalton is trying to put her life back together after her husband John died suddenly in a hit and run. Her perfect world is collapsing around her, the home she hoped to fill with children is huge and empty, and she’s paralysed with grief.

But as Grace sorts through her husband’s belongings, she realises the man she loved was lying to her. There’s a mysterious list of names hidden among his things, a secret bank account, and a shocking revelation about his family that he kept from her since the day they met.

Who was John Dalton?

As Grace tries to identify the names on the list she realises something is wrong. She’s imagining things: seeing John in the faces of strangers and finding things in an entirely different place to where she’d swear she left them.

Is Grace losing her grasp on reality, or is someone trying to stop her finding out the truth about her husband?

A gripping psychological thriller that will have you questioning everything you think you know. If you enjoyed The Wife Between Us, The Girl on the Train or Behind Closed Doors, you’ll love this book! 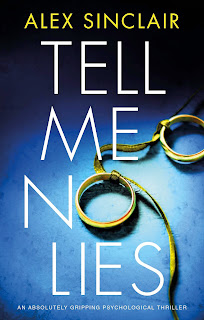 It should have been the best night of their lives. Grace and John Dalton are out celebrating their fifth anniversary. After dinner, while walking back to their car, John receives a phone call and steps away from Grace. Surprisingly, he is hit by a speeding car and suddenly dies. Grace becomes overwhelmed with grief and depression. She struggles to accept the loss of her husband after just five years of marriage. When she finally decided to bury him and try to move on she starts to get very strange messages.

After his funeral Grace sees a lawyer who tells her that John had a one million dollar policy out on them and had a secret bank account. Grace is shocked because this is not the John she knew. They did not keep secrets from one another. At least that is what she thought.

While Grace seeps deeper into depression, she reluctantly begins to rely on her good friend, Jennifer. Before her husband’s death, Jennifer and Grace were inseparable. Now their relationship is quite strained. However, Jennifer does her best try to help Grace.

During most of the story, Grace is seen as a broken, depressed woman. I began to wonder more than once whether or not the story would change directions. As the story progressed, there were things about John that Grace was learning and, sadly, she realized that he definitely was not the man that she thought he was.

Tell Me No Lies was written from Grace’s first-person point of view. The story fluctuates between Then and Now, adding to the intrigue. This is because clues about John were slowly being delivered.

It was at this point in the story where it picked up to the degree that the suspense increased on several levels. It ceased to be just the story of Grace grieving. It is really hard to say more at this point in the review without giving spoilers so that others will not be able to enjoy this story. This book had a slow-boiling plot and believable characters, especially when Grace is forced to explore her own sanity. At some point the story started to reveal itself. But don’t be fooled, be prepared for a shocking conclusion. This is definitely a compelling read. 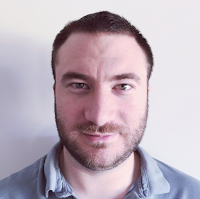 Alex Sinclair is a psychological thriller author from a quiet country town outside of Melbourne, Australia.

When he's not spending time with his wife and daughter, Alex can be found obsessing over his fiction. He loves to write fast-paced, gripping stories with killer twists. Alex is an avid reader of psychological thrillers and has a passion for good storytelling.