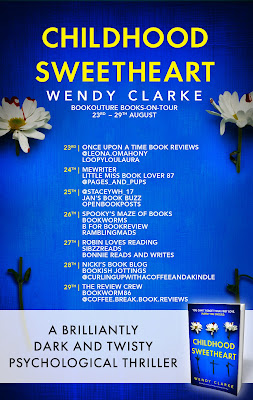 DESCRIPTION:
Bang. Bang. Bang. I jump as the knocks on the window crash above the roaring wind outside. Who could it be, at this late hour? I open the curtains and peer outside. ‘Hello?’ But the dark, the rain and the empty lane are all I see.It’s been eleven years since I last saw Jonah, after his brother died that stormy summer night. And now, without warning, he’s back, living in his old house next door just like old times, on the remote Scottish island that is home. Where I used to imagine we’d stay, together, forever, sharing our lives and our secrets as we always had. But that was before.Jonah’s not the sweet boy I once knew. His mood is changeable, his behaviour unstable, our brief conversations are forced and awkward. And then the knocks on my window begin. It can only be him, but why, and what does he want? I used to love him. Now I don’t even want to invite him in.Because after all these years, I see our childhood secrets, the ones we swore never to reveal, in a newly terrifying light. Was his brother’s death truly an accident? Could Jonah’s secrets have been worth killing for? And how safe am I now, on this isolated island, with the man I used to love…?A totally addictive and twisty psychological thriller with a jaw-dropping twist. Anyone who loves The Woman in the Window, The Wife Between Us and The Housemaid won’t beable to put Childhood Sweetheart down!
BUY LINK:
Amazon: https://geni.us/B0B2PX933Qsocial
You can sign up for all the best Bookouture deals you'll love at: http://ow.ly/Fkiz30lnzdo
MY THOUGHTS: 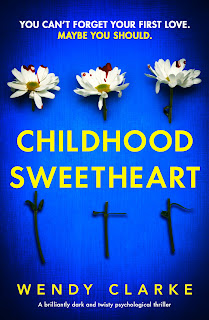 Title:   Childhood Sweetheart
Author:  Wendy Clarke
Publisher:  Bookouture
Genre:   Psychological Thriller
Format:  Kindle ARC
No. of Pages:   351
Date of Publication:   August 23, 2022
My Rating:   4 Stars
Ailsa’s first love Jonah has returned home after being away for 11 years. Jonah left their small village when his brother Callum died in a tragic accident. For the past 10 years Ailsa has been single mother to her autistic son Kyle. She does have help with Kyle, and that is with Jonah’s mother Moira, who is her boss. Ailsa and Moira have much more than a working relationship, as they are quite close.
As the story is told in a dual timeline fashion, we see that relationship that Ailsa had with Jonah as they were growing up. But we also see what Jonah’s relationship was like with his brother Callum. The brothers were as different as night and day. Jonah was kind, protective and sensitive. Callum was more like their abusive father, displaying aggressive and unkind behavior towards anyone that came in his path. Jonah felt very loyal to Callum and was truly devastated after he died.
This story slowly unfolds as secrets from their past are beginning to come to light. Now that Jonah is back, albeit only for a short time, Ailsa and Moira see a different side of him, as the emotional pain that that is consuming him has truly changed him. Not only has Jonah been holding onto secrets from their past, but Moira has secrets of her own. With very good reason, Ailsa is concerned about the future she has to offer for Kyle, as long ago secrets and current revelations are shaking up her world.
Although this story may have had a slow start, Wendy Clarke has created characters that had a lot of depth, even the town’s outcast, Seth. Then there was the thrilling plot that was executed marvelously. This engaging read reaches a crescendo when the past and present collide. The conclusion really floored me as there were some really surprising twists that led to a shocking ending. What a fabulous job by a fabulous author!
Many thanks to Bookouture and to NetGalley for this ARC for review. This is my honest opinion.
Please enjoy my YouTube video review - 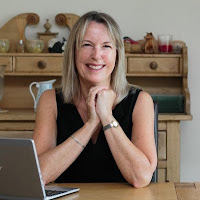 Wendy Clarke was a teacher until the small primary school where she worked closed down. Now she is a writer of psychological suspense but is also well known for her short stories and serials which regularly appear in national women’s magazines.
Wendy has two children and three step-children and lives with her husband, cat and step-dog in Sussex. When not writing, she is usually indulging in her passion for dancing, singing or watching any programme that involves food!
https://wendyswritingnow.blogspot.com/
https://www.facebook.com/WendyClarkeAuthor/
https://www.instagram.com/wendyclarke99/
https://twitter.com/WendyClarke99
Sign up to be the first to hear about new releases from Wendy Clarke here: https://www.bookouture.com/wendy-clarke