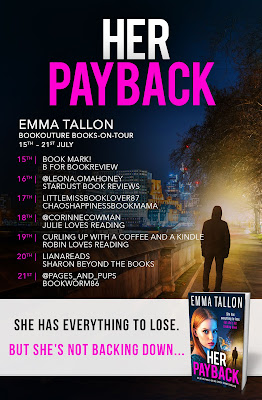 DESCRIPTION:
If you love reading Martina Cole and Kimberley Chambers you won’t be able to put down this thrilling gangland crime thriller from bestselling author Emma Tallon.
Scarlet Drew is sailing dangerously close to the wind with her new police detective boyfriend, John. Not everyone agrees with their illicit relationship, but so far they’ve managed to keep it a secret from anyone outside the family. If only her nemesis, cousin Ruby, wasn’t still hanging around, life would be perfect.
Lily Drew is keeping a watchful eye on the building tension between Ruby and Scarlet – the last thing she needs is a war breaking out inside the family. But when people start going missing from a local boxing ring with close connections to the Drews, it puts the family back on the police’s radar and her worst nightmare is realised. With the police now watching their every move, it’s only a matter of time before the situation takes a dark turn.
As Lily tries to regain control, another person disappears from the boxing ring, and this time it’s a Drew. Ruby finally has a chance to prove her loyalty to the family, but she’ll have to get over her rivalry with Scarlet first. Will the bitterness between the two cousins get in the way of saving one of their own? And just how long can Scarlet keep her relationship a secret before their entire world comes crashing down around them?
BUY LINK:
https://geni.us/B09YHCQPR5social 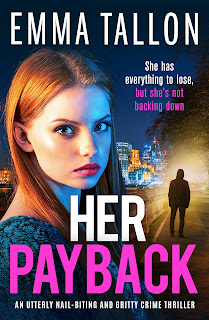 Title:   Her Payback
Author:  Emma Tallon
Series:  Drew Crime Family #4
Publisher:  Bookouture
Genre:   Mystery & Thrillers
Format:  Kindle ARC
No. of Pages:   351
Date of Publication:   July 15, 2022
My Rating:   5 Stars
In another compelling read by Emma Tallon, the Drew family will be facing a dilemma. Lily has become firmly established as the matriarch of the London crime family, a role she inherited after the death of her brother. Her brother was Scarlet Drew's father, and Scarlet works side-by-side with Lily in the organization, although Lily has twin sons, Connor and Cillian, and a daughter named Ruby.
In fact, Ruby has been through a lot over the course of this series. Although this book could work as a standalone, this is definitely a series that I would recommend being read in order. My reasoning is that Ruby was the one family member never present at requisite Sunday lunch for years. Why? Well, she was a drug addict and was estranged from her family. She is now clean and she has been back for a while. The longer she is back, the more she would like to see Scarlet's role diminished.
In the previous book in this series, Her Betrayal, Ruby almost succeeded in ruining Scarlet's life. However, Scarlet escaped what would likely have been a lifelong prison term and is doing quite well right now. So well, in fact, that her relationship with John, a police detective, is thriving. This disgusts Ruby and she plots for a way to destroy that relationship. If that means destroying Scarlet as well, then so be it.
Over the course of this series, Ruby has been trouble with a capital T. She is still living up to being troublesome when it comes for her creating problems and chaos when it comes to her cousin Scarlet. In addition, there is a side story with boxers going missing from a local boxing ring and Cillian becomes involved. The drama continues in this book when it comes to John and his partner.
I absolutely loved Emma Tallon's previous series, the six-book Anna Davis saga. While that series has come to an end, Anna and Freddie Tyler are still going strong and the cameos in this book assure that. With this Drew Family series, we are four books in and the intensity has not lost one bit of power. I felt the same power with the first book I read by Emma Tallon, and each successive book in both series. In fact, the intensity increases exponentially.
How not to love the Drew family as much as I loved the Tyler family?! Knowing that revenge and hatred is the underlying factor in this book captured my attention from the first page and all the way to the heartbreaking ending. No doubt the next book in this series will be just as compelling. This powerful story is a great addition to an amazingly engaging series.
Many thanks to Bookouture and to NetGalley for this ARC for review. This is my honest opinion. 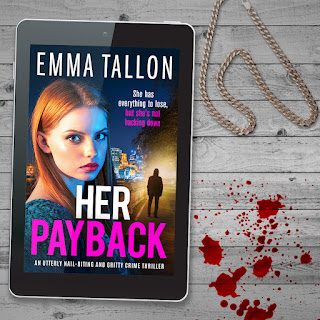 Please enjoy my YouTube video review -
ABOUT THE AUTHOR: 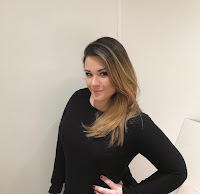 Emma Tallon is a British author of gripping, gritty, organised-crime thrillers and mother of two.
Having started her writing career as a freelance ghostwriter, Emma finished her first novel, Runaway Girl, in 2016, and became an author full time. Since then she has written several other novels for her publisher and has carved out a successful career for herself from her home in Milton Keynes, where she can usually be found typing away in her office surrounded by large stacks of books and Post-it Notes full of ideas for future stories.
Social Media
Facebook: https://www.facebook.com/emmatallonofficial/
Twitter: https://twitter.com/emmaesj
Website: http://emmatallon.com/
Instagram: https://www.instagram.com/my.author.life/