BLOG TOUR - The Child of Ukraine 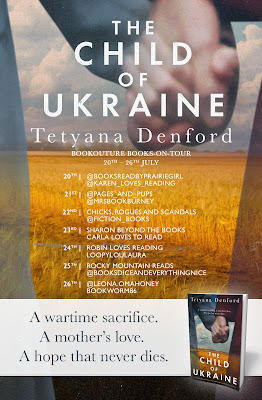 Ukraine, 1940. She cups her daughter’s face with her trembling hands, imprinting it on her mind. ‘I love you. Be brave,’ she whispers through her tears, her heart breaking into a thousand pieces. Sending her child away is the only way to keep her safe. But will she ever see her again?

When war rips their country apart, Julia is sent away by her tearful parents in the dead of night, clutching her mother’s necklace and longing for one last embrace. But soon she is captured by Nazi soldiers and forced into a German labour camp, where behind a tall fence topped with cruel barbed wire, she has never felt more alone.

Just as she begins to give up on all hope, Julia meets Henry, a young man from her village who shares her heart full of dreams. And when she feels a fluttering in her belly that grows and grows, she longs to escape the camp and begin a new life with their child. But then Julia is forced to make a terrible choice. A choice no mother should have to make.

New York, 2011. With her heart shattered and her life changed forever by the shadows of war, as the years go by Julia thinks she will never be whole again. For decades she has been carrying a terrible secret with her, her every moment tainted by tragedy and loss since those dark days of the war.

But when she receives a phone call in the middle of the night, far away from the home and family she lost in the war, will Julia finally be reunited with the missing piece of her heart? Or is it too late for her wounds to heal?

Based on the incredible true story of the author’s grandparents, The Child of Ukraine is a breathtakingly powerful tale of love, loss and family secrets, perfect for fans of The Four Winds, The Last Green Valley, and The Nightingale.

This novel was previously published under the name Motherland. 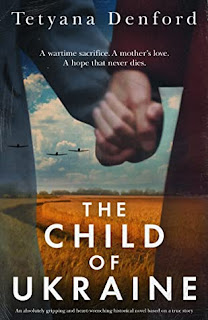 Title:   The Child of Ukraine
Author:  Tetyana Denford
Publisher:  Bookouture
Genre:   Historical Fiction
Format:  Kindle ARC
No. of Pages:   414
Date of Publication:   July 20, 2022
My Rating:   5 Stars
Henry and Julia were forced laborers after escaping the Ukraine when war came to their country. Julia's parents tried to get her and her sister Maria away safely, but they were captured and sent to a labor camp. It is at this camp when Julia sees Henry, a young man from her home town. The two marry and even have a daughter. Henry eventually tells Julia of a plan he has for his small family to escape the camp and take refuge in Australia.
Uncertain, but trusting her husband, Julia agrees. They do make it to Australia, but life does not become any easier. In fact, in many ways, conditions become even more harsh. Not only in Julia in a strange new land, but Henry is working long, arduous hours for the sake of his family. The couple begin experiencing problems in their marriage and this brings a lot of uncertainty, especially for Julia. One thing she does long for is to have more children, and this longing comes with a lot of heartache.
Australia is not the end of the line for Julia and Henry and they soon make the long and difficult trip to New York. Not sure how much more she can endure, Julia tries to stand by Henry, even as their problems continue to grow and the gulf between them continues to widen.
What a devastatingly heartbreaking story. I so wanted Julia and Henry to find any measure of joy, but the fact remains that living during World War II was extremely difficult, no matter the location. That time in history was truly painful and survival was key. I did find it difficult to read this book, especially with the current climate that exists between the Ukraine and Russia, making this book one of history definitely repeating itself.
Inasmuch as the story contained herein was utterly compelling, what was even more so is the fact that this book was inspired by Tetyana Denford's grandparents. While the book was fictionalized, as much as possible, Ms. Denford used true events and reports to write this unforgettable book. Even the utterly tragic experience that Julia later experienced is something that our author's grandmother herself actually experienced. My heart was in my throat when I read that.
When you read a pivotal book like this it makes for a lasting impression, one that garners respect for the author, her family, and the residents and escapees of the war-torn country of Ukraine. While tragic, this book does deliver a message of love and strength of the human spirit. This message evolves to one of hope, thus making this book one that I will never forget.
Many thanks to Bookouture and to NetGalley for this ARC for review. This is my honest opinion.
Please enjoy my YouTube video review - 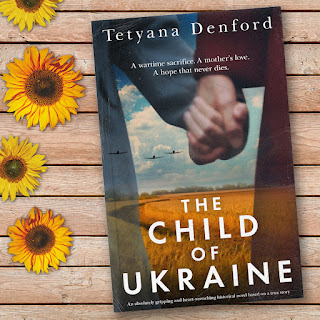 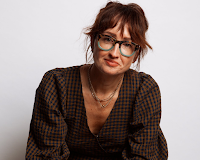 Tetyana Denford grew up in a small town in New York, and is a Ukrainian-American author, translator, and freelance writer. She grew up with her Ukrainian heritage at the forefront of her childhood, and it led to her being fascinated with how storytellers in various cultures passed down their lives to future generations; life stories are where we learn about ourselves, each other, and are the things that matter most, in a world where things move so quickly.

Her debut novel, Motherland was self-published in March 2020 to critical success and longlisted for The Readers Digest Self Published Book Awards. It was based on an incredible family secret that was revealed by her maternal grandmother, Julia, only recently, and has been described by people as 'haunting', 'powerful and devastating', and 'a fragile and hopeful story of an immigrant family'. In March 2022, Tetyana signed a 2-book deal with Bookcouture, an imprint of Hachette, and Motherland will be re-released in July 2022 with a new title and cover.

She also works with Frontline News as a translator, has been featured in The New York Times, The Telegraph, The Flock Magazine and Mother Tongue Magazine, and speaks several languages. She also hosts a YouTube show called 'The Craft and Business of Books' that helps writers understand both the creative side and the business side of the book world. Her series of 'conversation books', collections of poetry and prose about Grief, Motherhood, and Love, were published in 2021.

Tetyana currently lives in New York with her husband and three children.