Review - The Prince of Broadway 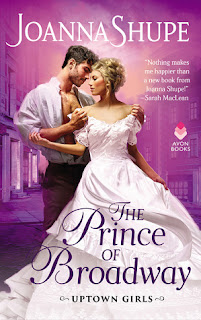 In the second novel in Joanna Shupe's the Uptown Girl series, a ruthless casino owner bent on revenge finds his plans upended by a beautiful woman who proves to be more determined than he is—and too irresistible to deny.

He lives in the shadows...

As the owner of the city's most exclusive casino, Clayton Madden holds the fortunes of prominent families in the palms of his hands every night. There is one particular family he burns to ruin, however, one that has escaped his grasp... until now.

She is society's darling...

Florence Greene is no one's fool. She knows Clayton Madden is using her to ruin her prestigious family... and she's using him right back. She plans to learn all she can from the mysterious casino owner—then open a casino of her own just for women.

With revenge on his mind, Clay agrees to mentor Florence. However, she soon proves more adept—and more alluring—than Clay bargained for. When his plans are threatened, Clay must decide if he is willing to gamble his empire on love.

Clayton Madden has a take no prisoners attitude when it comes to his ownership of an exclusive casino. As a matter of fact, despite his powerful ownership he wants more. In truth, he wants revenge. When he is done he will own it all.

Meanwhile, Florence Greene is a woman with big ideas. She wants to learn the business of running a casino so that women can enjoy the same advantages as men in this area. She approaches Clayton with hopes of him teaching her everything she needs to know. Little does Florence know is the fact that Clayton Madden has every intention on ruining her family.

Business first, right? Despite their separate objectives, Clayton and Florence have an incredible attraction to one another. How can their desires be met when in truth they are at cross purposes?

Both Clayton and Florence were remarkable characters. I loved the fact that Florence snubbed her nose at society's rules in order for the sake of fairness of women. Clayton impressed me because he had something that drove his desire to ruin Florence's family, and this actually led to some emotionally sensitive moments in this book. I loved this book and look forward to continuing this series.

Although The Prince of Broadway is the second book in the Uptown Girls series, it runs parallel to the first book, The Rogue of Fifth Avenue, which lends to the continuity that exists between the two books. The next book in the series is The Devil of Downtown, which is set for release in June. 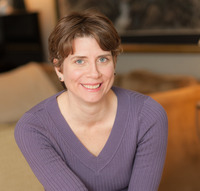 She currently lives in New Jersey with her two spirited daughters and dashing husband.

When she’s not writing or doing laundry, she can be found online at Facebook (Joanna Shupe Author) or Twitter (@joannashupe).