BLOG TOUR - The Girl I Thought I Knew 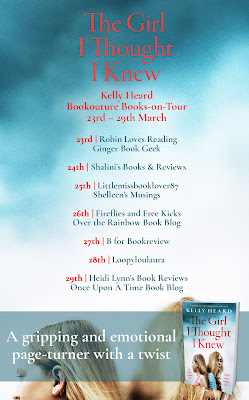 Today is my stop on the Blog Tour for The Girl I Thought I Knew by Kelly Heard.

Daisy grew up around secrets she knew by heart but were never spoken. She had no idea just how much damage secrets could do, but she would soon learn.

It’s a warm, cloudless morning on the day the envelope arrives for Daisy. Soft sunlight streams into the apartment she shares with her partner, Anderson, who is sleeping peacefully. Daisy’s fought hard for this happiness, worked her way up from being a vulnerable teenage runaway to a woman with a stable job and a loving boyfriend.

But when Daisy discovers the handwritten wedding invitation from her childhood best friend, Stella, her bright morning turns suddenly dark. The wedding is back amongst the misty woods and rolling hills of Daisy’s North Carolina hometown. The same town where her heartbroken mother never spoke about her miscarriages, and her distant father drank away what little money they had. The same town where she is still known as ‘the crazy one’ for telling people about the dead girl she saw that summer’s day in the woods. A girl who looked just like her, and whose body was never found.

Daisy hasn’t been back home since her parents sent her away and now, the thought of returning fills her with dread. She doesn’t know if she can forgive Stella, the girl she once called ‘blood sister’, for turning her back on her when everyone else did. And why is Stella reaching out now, after fifteen years?

There’s only one thing Daisy is sure of—if she wants to build a happy future, she’s going to have to finally confront the mysteries of her dark past.

The Girl I Thought I Knew is a spellbinding and moving novel for fans of Liane Moriarty, Kristin Hannah and Kerry Fisher. 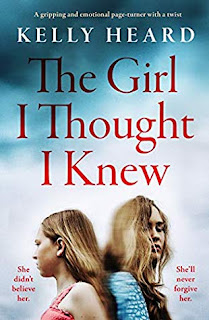 Daisy left her hometown with her head hanging in shame, determined never to go back, However, she feels that she should honor her former friend's invitation to her wedding. Stella is getting married and has included Daisy to be among her guests. Daisy shows up, seated as far back as possible. When Stella cannot go through the ceremony, she asks for Daisy, and, laced with trepidation, Daisy agrees to talk to Stella.

Daisy hadn't planned on staying in town long, but due to circumstances that are part of her troubled past, she now scrambles for a place to stay. Meanwhile, Stella is not the only one Daisy has to face after years later. Former friends are part and parcel to that fact. Meanwhile, as things turned out, Stella had a very good reason for not going through with the wedding, and this impacts some secrets to Daisy's past.

The more secretes are revealed from Daisy's past, for a while it felt like I was reading a domestic thriller. There was a lot of digging into the past and secrets were exposed. The book switched from past to present as Daisy's story was told.

This well-written and well-developed book by Kelly Heard kept my attention throughout. I felt like I was with Daisy as she opened each box until she was able to fully reconcile her past with hopes of having a much happier future.

Many thanks to Bookouture and to NetGalley for this ARC for review. This is my honest review. 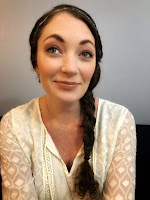 Originally from the Blue Ridge Mountains in Virginia, Kelly Heard now lives in Richmond with her husband, spoiled house cat, and two-year-old daughter. She writes poetry, adult fiction, and creative nonfiction. When she is not writing or reading, Kelly enjoys spending her time gardening, cooking, and playing the ukulele for her toddler.