BLOG TOUR - The Break Up 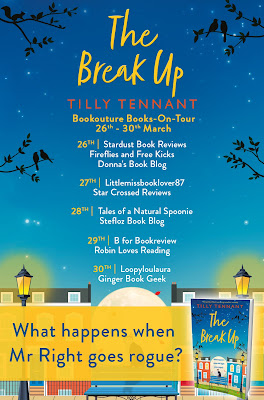 Today is my stop on the Blog Tour for A Cat Called Cupid Street by Tilly Tennant.

Lara and Theo are meant to be. They just don’t know it yet…

Lara loves her job as a wedding planner. She gets to organise other people’s perfect days and make sure nothing ever goes wrong.

Theo loves his job as a jazz musician, working unpredictable hours and giving other people great nights out.

Lara knows she’s got high standards. But there’s nothing wrong with getting things right… so why has it stopped her finding Mr Right?

Theo knows people think he’s a bit scruffy, a bit too laid back. But there’s nothing wrong with setting your own pace… if only he could find someone who wanted to live life at his speed.

What they don’t know is that it’s the same cat.

And when they find out – standing in the street in their pyjamas, both on the hunt for their lost pet – sparks of the wrong sort will fly…

A wonderfully warm will-they-won’t-they romantic read that will have you laughing one minute and crying the next. If you’re a fan of Jill Mansell and Carole Matthews, A Cat Called Cupid is the love story you’ve been waiting for. 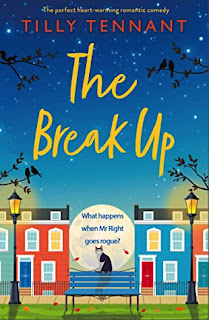 The cat's name is Fluffy. Or is it Satcho? He answers both to two different owners. The true fact is that he owns two humans. Fluffy/Satchmo has it all. A place to hang out during the day, and a place to hang out at night. And, a very full belly to boot.

One day the cat doesn't turn up at neither residences. Lara and Theo are about to meet as they scour the neighborhood for their missing cat. Roaming about in the neighborhood they keep calling out. While Lara is calling for Fluffy, she is approached by a man, and she reacts quickly and effectively, flipping him on the ground. That is how they meet.

When it becomes clear that the cat they are both seeking, any chance on kindness quickly dissipates and they become instant enemies. They find the cat are both grabbing at the him, who, in rather quick fashion, takes off again. Things are not going well for either of them. The cat, on the other hand, certainly has no worries.

Lara is especially affected. Hurt by a man who cheated on her, she decided to start over again as a wedding planner. She may never find happiness, but she will go to whatever means to start happy couples on their journeys in life. Finding Fluffy gave her something to love at a difficult time in her life. Since Fluffy always came back, she never worried he would actually disappear, so she is heartbroken. And now that she almost had him back, a sexy stranger is declaring that the cat is his. Lara cannot help but wonder why she is drawn to the man, despite the fact that she hates the fact that he is claiming Fluffy to be his, and has even given him a name of his own.

Theo has his own feelings about Satchmo. As a busy jazz musician, he enjoys being able to relax with his new fur buddy. As far as he is concerned, Satchmo belongs to him, and the beautiful Lara can go find another cat. Lara and Theo continue to cross paths. Despite their rocky beginning - and the fact that at least one of them might end up giving up their beloved cat - sparks fly.

I have to admit that I am a sucker to romances with pets, and A Cat Called Cupid is just the perfect book with a beautiful, wise, rather matchmaking cat. The book cover works too, showing a house on the left and one on the right with the cat in the middle. How could I not read this for review?

This delightful tale (pun intended) by Tilly Tennant is a very sweet read - all of her books are. I was drawn into the story from the very first page and happily sat and read it from cover to cover in one sitting. I truly enjoyed the fact that Lara got another chance at love and her own happy future. The story progressed on several levels as Lara and Theo found love, with a lovely tabby along for the ride.

Many thanks to Bookoture and to NetGalley for this ARC to review. This is my honest opinion. 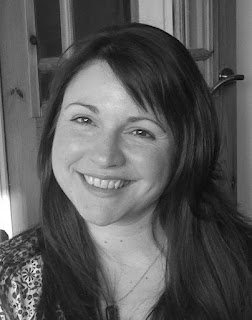 Tilly Tennant was born in Dorset, the oldest of four children, but now lives in Staffordshire with a family of her own. After years of dismal and disastrous jobs, including paper plate stacking, shop girl, newspaper promotions and waitressing (she never could carry a bowl of soup without spilling a bit), she decided to indulge her passion for the written word by embarking on a degree in English and creative writing. She wrote a novel in 2007 during her first summer break at university and has not stopped writing since. She also works as a freelance fiction editor, and considers herself very lucky that this enables her to read many wonderful books before the rest of the world gets them.

Hopelessly Devoted to Holden Finn was her debut novel; published in 2014 it was an Amazon bestseller in both the UK and Australia. In 2016 she signed to the hugely successful Bookouture and is currently working on her next Tilly Tennant novel. She also writes as Sharon Sant, where she explores the darker side of life, and Poppy Galbraith, where things get a little crazier.