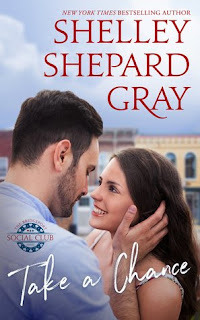 Kurt Holland wants the best for his younger brother, which is why he moves Sam to Bridgeport, Ohio. It's a bigger town with a well-known high school. Just the place to give his little brother more opportunities-maybe even a scholarship to college. Kurt hopes his gamble pays off, since Sam's future isn't the only thing riding on it. Kurt's put most of his savings into a new landscaping business there, too. But when Sam gets in trouble for fighting at school, Kurt isn't so sure it was the right decision ... until he meets Sam's English teacher.

Emily Springer is passionate about helping all of her students succeed, but there's something about Sam Holland that makes her want to go the extra mile. When he's caught in a fight at school, she goes to bat in his defense, and during a conference with the principal she meets Sam's rugged older brother-and guardian. Emily has a strict no-dating policy when it comes to her students' parents, but Kurt isn't technically Sam's parent. It's OK to bend the rules a little bit, right?

In an effort to make some friends and find a place in the Bridgeport community, Kurt starts up a weekly poker game in his garage. It's not long before everyone wants in, and they all soon discover that these Friday night poker gatherings are about more than just the game.

Shelley Shepard Gray's new Bridgeport Social Club series is about men who need a place to call home, a community in need of hope, and a group of women who are special enough to help both things happen. This first installment is genuine and heartfelt. It's filled with hope, warmth, and the belief that love and acceptance can overcome any tough situation.

Kurt Holland is a man with very good intentions. He moves to the town of Bridgeport after taking guardianship of his seventeen-year-old brother Sam. When Sam gets into a fight in school, Kurt has to go and meet with his teacher. Meeting Emily Springer goes a bit differently than he would have expected. She is quite beautiful and he wonders how he can deal with being attracted to his son’s English teacher.
Emily has always kept to her hard-set rile of never dating a student’s parent, but The all-too handsome Kurt is Sam’s brother, not his father. After running into Kurt at the supermarket, Emily decides to see where things can go between them. While Kurt and Emily test the waters of seeing one another, Sam and his new girlfriend contend with a very serious issue. This gives Kurt the difficult opportunity to test out his role as pseudo parent. Kurt’s biggest goal is to give Sam the opportunity to become prepared for college. This includes making difficult decisions that ultimately affect his relationship with Emily. Take a Chance is a warm read with several sensitive characters. Although a romance, I found this book a bit more focused on the angst that Sam and his girlfriend were contending with and the resulting consequences. There are other scenarios at hand, and that includes Kurt’s adjustment to living in a new town and fitting in with the community. There is a strong message of taking chances in this book, thus the title is quite fitting. I am not familiar with the author, but I would have liked to see the relationship between Kurt and Emily grow a bit more. Instead the story reached a sudden conclusion. Sadly, I turned the page thinking the book was moving on to the next chapter. But. It was just over. I would have liked to see a bit more of a resolution, but as this series continues with the next book in the series, All In, in February. Perhaps the stories will have a better sense of finality.Many thanks to Blackstone Publishing and to NetGalley for this ARC to review in exchange for an honest opinion. 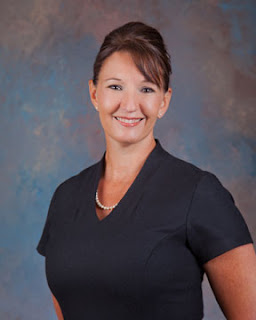 I grew up in Houston, Texas, went to Colorado for college, and after living in Arizona, Dallas, and Denver, we moved to southern Ohio about ten years ago.

I’ve always thought of myself as a very hard worker, but not ‘great’ at anything. I’ve obtained a bachelor’s and master’s degree…but I never was a gifted student. I took years of ballet and dance, but I never was anywhere near the star of any recital. I love to cook, but I’m certainly not close to being gourmet…and finally I love to write books, but I’ve certainly read far better authors.

Maybe you are a little bit like me. I’ve been married for almost twenty years and have raised two kids. I try to exercise but really should put on my tennis shoes a whole lot more. I’m not a great housekeeper, I hate to drive in the snow, and I don’t think I’ve ever won a Monopoly game. However, I am the best wife and mother I know how to be.

Isn’t it wonderful to know that in God’s eyes that is okay? That from His point of view, we are all exceptional? I treasure that knowledge and am always so thankful for my faith. His faith in me makes me stand a little straighter, smile a little bit more, and be so very grateful for every gift He’s given me.

I started writing about the Amish because their way of life appealed to me. I wanted to write stories about regular. likeable people in extraordinary situations-and who just happened to be Amish.

Getting the opportunity to write Inspirational novels is truly gratifying. With every book, I feel my faith grows stronger. And that makes me feel very special indeed.