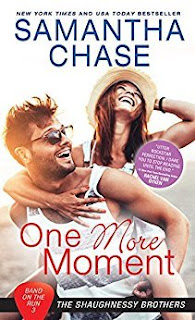 Charlotte Clark is devoted to her work
...to save the world
...to help the homeless
...to get a broken man back on his feet

When Charlotte Clark offers to pay for Julian Grayson's coffee, the world-famous drummer assumes she wants something from him. But Charlotte has no idea who he is, and Julian can't resist keeping up the charade—being incognito is a novelty and a relief. He'll have to tell her...eventually. But as Charlotte cheerfully undertakes to transform his life, Julian realizes there's something about her that gives him what he hasn't felt in years: hope.

Why is it that Julian Grayson refuses to except Charlotte Clark’s offer to pay for a cup of coffee? That is what Charlotte is wondering. She tells him that she doesn’t want anything from him, maybe he can just pay it forward. But with Julian‘s experience nothing is as simple as that. He is sure that she has an ulterior motive.

In all actuality, she does. Charlotte is a social worker dedicated to helping people find work and to get on their feet. When she sees Julian she erroneously assumes that he is down and out and the very least she can do is to pay for his coffee when he apparently doesn’t have any money. She offers Julian her business card and tells him of an upcoming opportunity.

What Charlotte doesn’t know is that Julian is staying under the radar as he has become disenchanted in his career as a drummer in a very successful band. He is taking time off because he has suffered a humiliating betrayal from a cheating girlfriend and spending time in a different location. Julian feels very strongly that his career as a musician is over because of the ruination of his relationship. Though not sure why, he takes Charlotte up on her offer for work one afternoon.

The question is, how long will Julian allow Charlotte to believe that he is in a bad financial strait? Meanwhile, Charlotte is confused by her attraction to Julian. She has always been able to maintain professional attitude with everyone that she has assisted in her years in her career. But Julian draws her in a way difficult for her to ignore.

One More Moment is the third book in the Band on the Run series. I have not had the opportunity to read the prior two books but I was very drawn to all the characters in the story. The dynamic was made quite clear so this book does well as a standalone.

I loved the motivations of the characters. Charlotte is the ideal heroine. She is loving, kind, and unselfish in every way. Julian is broken, and is genuinely a good man. His reasons for wanting to step away from his band are clear, but their love and concern for him opens the door for his future. Between his bandmates and the tender relationship that blossoms between him and Charlotte, the future before the two of them is lit with a bright light.

Samantha Chase has penned a tender, engaging love story. The conflict between Charlotte and Julian was very good convincing, yet offered wonderful hope. I also enjoyed the clean sensuality of their relationship. It is great to read stories that are not exceptionally explicit.

Although she waited until she was in her 40s to publish for the first time, writing has been a lifelong passion. Her motivation to take that step was her students: teaching creative writing to elementary age students all the way up through high school and encouraging those students to follow their writing dreams gave Samantha the confidence to take that step as well.

With almost fifty titles currently to her name, she has no plans to slow down.  You won't find her books with the erotica or paranormal titles, all of her works are pure contemporary romances.

When she’s not working on a new story, she spends her time reading romances, playing way too many games of Scrabble or Solitaire on Facebook, wearing a tiara while playing with her sassy pug Maylene…oh, and spending time with her husband of 25 years and their two sons in North Carolina.