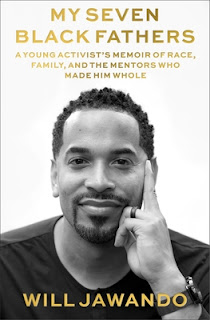 A call to action and a narrative that runs counter to every racist stereotype that thwarts the lives of men of color today.

My Seven Black Fathers is a memoir like few others--both the story of Yemi, a boy with an African name who feels awkward and alone as he is shunted from school to school, and a powerful consideration of the role of race, masculinity, education, and family in the lives of Black boys in the United States today. Inspired by Will Jawando's experience as a civil rights and education policy attorney, as well as by his involvement in My Brother's Keeper, President Barack Obama's hugely effective mentorship program for young men of color, this book explores the bonds that developed between the author and the host of father figures who formed him: Mr. Williams, the math teacher who taught him how to tie his first tie; Joseph, the stepfather who altered his understanding of family; Jay Fletcher, the openly gay colleague of his mother's who introduced him to the theater; Mr. Holmes, the high school chorus director who taught him to use his voice and saw him through a crushing disappointment; and Deen Sanwoola, who helped him bridge the gap between his American upbringing and his Nigerian heritage--eventually leading to a reconciliation with his biological father.

Written out of a deep appreciation of the Black male experience, My Seven Black Fathers is an essential and affirmative new take on the meaning of race and family in America.
Link to purchase the book
MY THOUGHTS:
In this touching memoir by Will Jawando - Yemi being his African name - he was determined to become a statistic on the positive side of America’s skewed racial balance sheet. Facts prove that racism is a multi-system disease and there might not be a cure. The author, in this self-narrated audiobook discusses seven men who made a huge impact on his life. Some of these men include his stepfather, Joseph Jacob, Mr. Williams, his math teacher, Barack Obama and others.
Race and family in America take on new meaning in this introspective book from a man who took on a role in the political world. Throughout his journey, Mr. Jawando illustrates how these men all played pivotal roles in his life. Also, he also sought out his African roots, and that helped to further mold him. His eventual reconciliation with his biological father was something that helped him tremendously.
Although this book is written strictly from the author's perspective, his strong statements about the issue of racism really hit home for me. One such quote that really resonated with me is "enthusiasm, eagerness, and a desire to be acknowledged for something positive--all qualities that were encouraged and rewarded in my white peers while they were discouraged and penalized in me." This is Will Jawando's personal experience. This is my personal experience as well. He also showed how we often internalize injustice and unfair treatment because "repetitive chastisement narrows us".
This book was captivating and uplifting and will be with me for a long time. I hope this author writes more books like this because change is needed in today's world.
Many thanks to Ferrar, Straus and Giroux and to NetGalley for this ARC for review. This is my honest opinion.
Please also enjoy my YouTube video review -