BLOGTOUR - A Body on the Beach 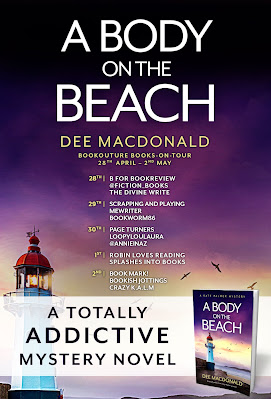 DESCRIPTION:
It’s Tinworthy village’s summer fete: a brass band, cream teas, gentle gossip... and a body on the beach? The party’s just getting started for super sleuth Kate Palmer!
Kate Palmer thought spending the day at Tinworthy’s annual summer party would involve sea air, sunshine and Cornish cream cake – how very wrong she was! When Kate goes for a cliff-top walk she is shocked to spot the body of Sienna Stone – Cornwall’s biggest gossip – on the sandy beach below.Rumours swirl around the close-knit community and all eyes are on Kate. Half the village saw her arguing with Sienna at the party earlier that day. It was the usual bickering between neighbours, but when Kate finds herself in the frame can she – and her new husband Woody Forrest – solve the puzzling death and clear her name?There’s a long list of people who might have wanted to push Sienna – her long-suffering husband Irvin, her jealous younger sister Sally and Timmy Thomson, the man who idolised her, not to mention all the villagers who felt the sharp end of her tongue. Finding out the truth isn’t going to be easy…Just as Kate thinks she’s getting closer to an answer, an unexpected afternoon visitor shares some curious information over tea and scones that sets her on an entirely different path. And soon she starts to wonder if she might be in real danger too…Can Kate solve the curious case before the murderer declares the party over? Or have her days of sleuthing come to an end?If you love cosy crime stories complete with quirky characters, twisty plots and plenty of suspects, A Body on the Beach will have you absolutely hooked until the very last page! Perfect for fans of Agatha Christie, Faith Martin and Clare Chase.
Buy Link:
Amazon: https://geni.us/B09QG53FZNsocial
MY THOUGHTS: 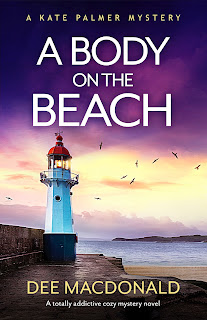 Title:   A Body on the Beach
Author:  Dee MacDonald
Series:  Kate Palmer #5
Publisher:  Bookouture
Genre:   Cozy Mystery
Format:  Kindle ARC
No. of Pages:   273
Date of Publication:   April 28, 2022
My Rating:   4 Stars
Kate Palmer is a busy woman. Newly married, a part-time nurse, a mother who sees her son after he had been away for a while, and a super sleuth. She always finds herself in a position to solve a murder. This time, however, the reason is very personal. She finds out that she is a suspect in the murder of Sienna Stone. Not only did she find the body, but she was seen having an argument with Ms. Stone.
Kate’s argument with Sienna was seen by more than one, and this makes her a suspect In Sienna’s murder. Therefore, Kate, along with new husband, Woody Forrest, is determined to prove her innocence while also finding the actual killer. It comes as no surprise that there are many likely suspects, and they include Sienna’s husband and even her younger sister Sally. So Katie looks for the motive and the killer, even though this may put her in a place of danger.
Meanwhile, Kate hopes to reconnect with her son and their lies another layer to an already enjoyable story. If you have read the series from the beginning like I have, you will come to love Kate, Woody, and others in this truly engaging series.
Many thanks to Bookouture and to NetGalley for this ARC for review. This is my honest opinion.
Please also enjoy my YouTube video review - 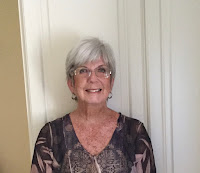 Dee has since relocated to Cornwall, where she spent 10 years running B&Bs, and only began writing when she was over 70!

Married twice, she has one son and two grandsons.