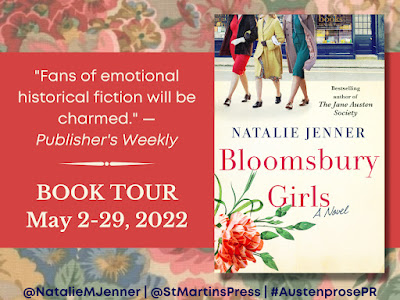 Natalie Jenner, the internationally bestselling author of The Jane Austen Society, returns with a compelling and heartwarming story of post-war London, a century-old bookstore, and three women determined to find their way in a fast-changing world in Bloomsbury Girls.

Bloomsbury Books is an old-fashioned new and rare bookstore that has persisted and resisted change for a hundred years, run by men and guided by the general manager's unbreakable fifty-one rules. But in 1950, the world is changing, especially the world of books and publishing, and at Bloomsbury Books, the girls in the shop have plans:

Vivien Lowry: Single since her aristocratic fiancé was killed in action during World War II, the brilliant and stylish Vivien has a long list of grievances--most of them well justified and the biggest of which is Alec McDonough, the Head of Fiction.

Grace Perkins: Married with two sons, she's been working to support the family following her husband's breakdown in the aftermath of the war. Torn between duty to her family and dreams of her own.

Evie Stone: In the first class of female students from Cambridge permitted to earn a degree, Evie was denied an academic position in favor of her less accomplished male rival. Now she's working at Bloomsbury Books while she plans to remake her own future.

As they interact with various literary figures of the time--Daphne Du Maurier, Ellen Doubleday, Sonia Blair (widow of George Orwell), Samuel Beckett, Peggy Guggenheim, and others--these three women with their complex web of relationships, goals and dreams are all working to plot out a future that is richer and more rewarding than anything society will allow. 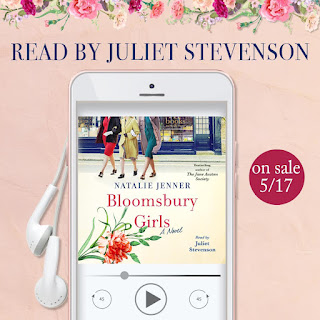 "An illuminating yarn... Fans of emotional historical fiction will be charmed." —Publishers Weekly

"Bloomsbury Girls is an immersive tale of three women determined to forge their own paths in 1950s London. Jenner has proven to be a master at spinning charming, earnest characters and paints a vivid picture of postwar England. I wanted to stay lost in her world forever!" —Stephanie Wrobel, internationally bestselling author of Darling Rose Gold

"Bloomsbury Girls is a book lover's dream, one of those rare reads that elicits a sense of book-ish wistfulness and nostalgia. Jenner has created a colorful cast of characters in a story about friendship, perseverance, and the ways that determined women can band together in a man's world. You're in for a treat." —Sarah Penner, New York Times bestselling author of The Lost Apothecary

"In a London still reeling from the ravages of World War II and the changes war has brought to English society, three young women take their futures into their own hands. With Bloomsbury Girls, Natalie Jenner has penned a timely and beautiful ode to ambition, friendship, bookshops, and the written word." —Janet Skeslien Charles, New York Times bestselling author of The Paris Library

“In post-war London, Bloomsbury Books survived The Blitz until Vivien Lowry, Grace Perkins, and Evie Stone set off their own bomb on the stuffy all-male management. What ensues is the most delightful, witty, and endearing story you will read this year. Natalie Jenner, bestselling author of The Jane Austen Society, proves that she was not a one hit wonder. Like Austen, her second book is even better than the first.” —Laurel Ann Nattress, editor of Jane Austen Made Me Do It

A MESSAGE FROM AUTHOR NATALIE JENNER

Dear readers, I am immensely grateful for the outpouring of affection that so many of you have expressed for my debut novel The Jane Austen Society and its eight main characters. When I wrote its epilogue (in one go and without ever changing a word), I wanted to give each of Adam, Mimi, Dr. Gray, Adeline, Yardley, Frances, Evie and Andrew the happy Austenesque ending they each deserved. But I could not let go of servant girl Evie Stone, the youngest and only character inspired by real life (my mother, who left school at age fourteen, and my daughter, who does eighteenth-century research for a university professor and his team). Bloomsbury Girls continues Evie’s adventures into a 1950s London bookshop where there is a battle of the sexes raging between the male managers and the female staff, who decide to pull together their smarts, connections, and limited resources to take over the shop and make it their own. There are dozens of new characters in Bloomsbury Girls from several different countries, and audiobook narration was going to require a female voice of the highest training and caliber. When I learned that British stage and screen actress Juliet Stevenson, CBE, had agreed to narrate, I knew that my story could not be in better hands, and I so hope you enjoy reading or listening to it. 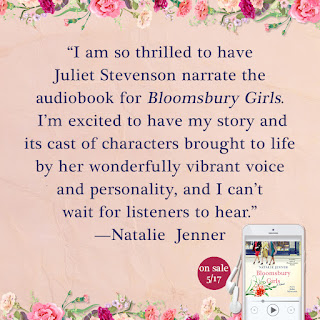 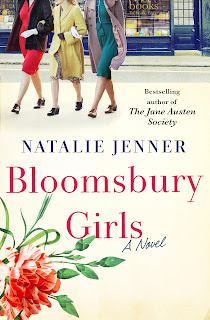 Title:   Bloomsbury Girls
Author:  Natalie Jenner
Publisher:  St. Martin's Press
Genre:   Historical Fiction
Format:  Kindle and Audiobook ARC
Narrator:  Juliet Stevenson
No. of Pages:   370
Date of Publication:   May 17, 2022
My Rating:   5 Stars
Fans of NBC’s television show NCIS just might be familiar with Gibbs’ rules. Gibbs has dozens of rules, and sometimes there were additional rules assigned to the same number. The people that work with him now and those who worked with him in the past will never forget any of them. While Gibbs and others clearly broke specific rules from time to time, that is not the case in Bloomsbury Girls, by Natalie Jenner. The bookshop rules have been set in place by the shop’s general manager Mr. Dutton. There are 51 rules. These shop rules were to be abided by all employees. No one was expected to forget them, thus everything at the bookshop will go flawlessly.
This book follows Jenners' previous book, The Jane Austen Society, This delightful read was like sitting down to a cup of tea with the employees and authors who were made famous at that time. The society was formed by people from different walks of life. They connected and were bonded by their love of books in Jane Austin. Does the Bloomsbury Bookshop bring the same sense of camaraderie?
There are three women featured in this book that work at the bookshop who struggle to respect the shop's rules, all while bringing about change in the rare book store that has been around for over one hundred years. The world they live in is changing, and it is high time that the bookshop changes as well. We have Vivien Lowry, Grace Perkins and Evie Stone, who are all as different as can be, yet share the same dreams and goals for the bookshop. They work well together, while also rubbing shoulders with powerful literary figures, including Daphne Du Maurier, Ellen Doubleday and others. The store has a wonderful environment, with the love of the written word being the glue that binds all involved.
What a remarkable book by Natalie Jenner. While reading this book I felt like I was transported back in time and working alongside those women who demanded change while showing that women were not meant to simply marry and bear children. Each of our protagonists had different circumstance and goals, all while dealing with difficult perceptions and circumstances.  It was lovely to see these women defying convention, even while working with a few men in this story.
Even though I was quite drawn to Ms. Jenner's previous book, The Jane Austen Society, it is not needed to enjoy this story, but I will still highly recommend it nonetheless. Having this book as an audiobook gave me a deeper experience, although I often referred to the print ARC while listening to the excellent narration. Tough subjects are explored while the special place that makes the bookshop will be with me for a long time.
Many thanks to St. Martin's Press and to NetGalley for this ARC for review. This is my honest opinion.
ABOUT THE AUTHOR: 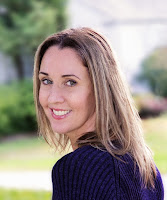 Natalie Jenner is the author of the instant international bestseller The Jane Austen Society and Bloomsbury Girls. A Goodreads Choice Award runner-up for historical fiction and finalist for best debut novel, The Jane Austen Society was a USA Today and #1 national bestseller and has been sold for translation in twenty countries. Born in England and raised in Canada, Natalie has been a corporate lawyer, career coach and, most recently, an independent bookstore owner in Oakville, Ontario, where she lives with her family and two rescue dogs. Visit her website to learn more.