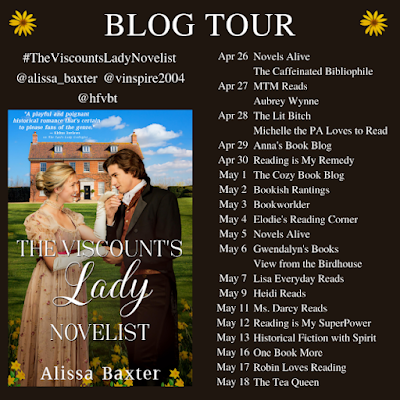 DESCRIPTION:
Harriet Linfield is a lady novelist who has been disillusioned by love. She sets out to write more realistic tales about the emotion when she returns home to Linfield Court for the summer. Vowing to avoid any romantic entanglements along the way, she focuses instead on her writing and her plan to turn the estate she inherited from her uncle into a refuge for orphans.

Oliver, Viscount Wentford, is determined to restore his family fortunes. But his plans for the estate he inherited are in direct opposition to the wishes of Harriet, his new neighbour. Upon meeting her, Oliver is amused when, in response to his provocative comments, she informs him that she intends to make him the villain of her next book. But his amusement swiftly turns to dismay when circumstances align to show him in that exact light.

When an enemy comes back into Harriet’s life, she sees that love isn’t as clear-cut as the romantic tales she pens. But will the viscount manage to discard his villainous mantle to become Harriet’s real-life hero?

“This book is gorgeous!” ~ Rachel Burton, author of The Tearoom on the Bay

“While immersing the reader in the mores and life of the Regency era, Alissa Baxter manages to write strong, independent heroines whom modern-day women will cheer and root for. Plus the addition of little details that wrap around the plot and the characters make reading her books all the more special because you never know when you might land on a little Easter egg morsel in the beautiful and engaging prose. Historicals with heart and engaging characters that read real—that’s what you get in Ms Baxter’s books.” ~ Zee Monodee, USA Today bestselling author 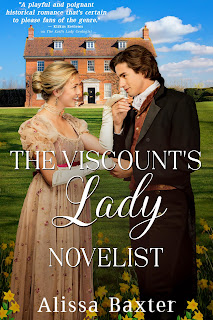 Harriet Linfield is a novelist that would like to take her writing in a different direction. But, before she changes her style, she made a decision. Love has eluded her, so focusing on her writing seems her only option. After the death of her husband, she was left an estate, and has made grand plans for it.
She is not the only one with an inheritance. Oliver, Viscount Wentford, also inherited an estate. Just as Harriet has plans, Oliver does as well. It soon becomes apparent that their plans clash. But, Harriet does take an interest in Oliver. Maybe not the interest he imagined. Indeed, she plans on using him as the hero in her next book. While excited at the prospect, something else is going on in Harriet's life. She has an enemy and that just might cause the ruination of all of her plans.
As a connection between Harriet and Oliver begins to form on a visceral level, each of them have to look at both short and long – range plans when it comes to what is growing between them. The fact that their goals truly clash really takes on a different turn when emotions come into play. While having a lot in common, it only seems natural that emotion plays a huge role to the happy future that undoubtedly belonging to the both of them.
Readers will see romance paired with intrigue in this delightful second book in the Linfield Ladies series. While this book definitely could serve well as a standalone novel, reading the first book in the series will give readers a closer look at another strong woman who had a huge fight on her hands for recognition. With love coming into their lives, these fabulous ladies round out their lives.
Many thanks to Vinspire Publishing and to NetGalley for this ARC for review. This is my honest opinion.

The giveaway is open to the US only and ends on May 18th. You must be 18 or older to enter.

The Viscount's Lady Novelist
ABOUT THE AUTHOR: 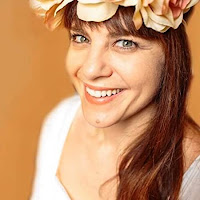 Alissa Baxter was born in a small town in South Africa and grew up with her nose in a book on a poultry and cattle farm. At the age of eleven, she discovered her mother’s collection of Georgette Heyer novels. The first Heyer novel she ever read was Sylvester and she was hooked on Georgette Heyer after that. She read and reread her novels, and fell totally in love with the Regency period and Heyer’s grey-eyed heroes!

After university, where she majored in Political Science and French, she began writing her first Regency novel, before moving to England, which gave her further inspiration for her historical romances.

Alissa’s Linfield Ladies Series features women in trend-setting roles in the Regency period who fall in love with men who embrace their trailblazing ways… at least eventually. The Viscount’s Lady Novelist is the second book in this series, following on from The Earl’s Lady Geologist.