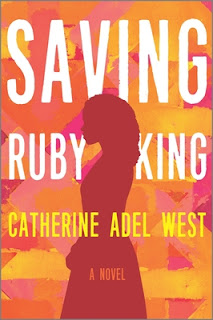 Set in the South Side of Chicago, an epic, enthralling story of a young woman determined to protect her best friend while a long-buried secret threatens to unravel both their families.

Family. Faith. Secrets. Everything in this world comes full circle.

When Ruby King’s mother is found murdered in their home in Chicago’s South Side, the police dismiss it as another act of violence in a black neighborhood. But for Ruby, it means she’ll be living alone with her violent father. The only person who understands the gravity of her situation is Ruby’s best friend, Layla. Their closeness is tested when Layla’s father, the pastor of their church, demands that Layla stay away. But what are his true motives? And what is the price for turning a blind eye?

In a relentless quest to save Ruby, Layla comes to discover the murky loyalties and dark secrets tying their families together for three generations. A crucial pilgrimage through the racially divided landscape of Chicago, Saving Ruby King traces the way trauma is passed down through generations and the ways in which communities can come together to create sanctuary.

Saving Ruby King is an emotional and revelatory story of race, family secrets, faith and redemption. This is an unforgettable debut novel from an exciting new voice in fiction and a powerful testament that history doesn’t determine the present, and that the bonds of friendship can forever shape the future.

Even though I was invited to read this book by the publisher back in May, I let so much time go that I ended up downloading Saving Ruby King via Audible. With six narrators, I knew that I would have some very interesting hours ahead of me.

This #ownvoices debut novel was written long before the death of George Floyd, but recent events definitely flavored my intense interest in this book.

When twenty-four year old Ruby King’s mother is murdered in their home, Ruby's already tragic life takes a different turn. Even though detectives are assigned the case, it seems that it is just another death in a poor black neighborhood, Ruby still remains in the home of her violent and abusive father, Lebanon. Ruby’s best friend Layla wants her to get away. As if that isn’t enough to frustrate Layla, she is angry that her pastor father appears to stand by Lebanon.

And that is how this tragic story is delivered. From several different points of view: Ruby, Layla, Lebanon and Layla’s father, Jackson Potter. Even Calvary Hope Christian Church has a voice in this story.

I knew this book was going to be difficult. I knew that on May 18th when I received the email request from the publicist. Then with the obvious anger in the world right now, I didn’t know if I could read it. But I did, thus this review. While I can certainly provide facts about this book, conveying my emotions is entirely different.

For one thing we see how certain things, like hatred, were passed down by generations. Admittedly, that is not what I thought this book would be about, but that is something that came through the pages and viewpoints as I read. Another thing that this book did was to make me very, very sad. I felt for Ruby, for Alice, her mother, and for all the years she suffered abuse. I even got to understand Lebanon, although I never, ever liked him. Pastor Potter was a tormented soul, and so his story conveyed so much. Other characters were Potter's and Lebanon's mothers, and their shared past. All very, very telling.

When it comes to reading books from POC, I have a peculiar position. My ancestors simply are not black. Oh there was inter-marriage two generations ago, but even then, my bloodlines are so mixed that, along with the way that I was raised, that I never “sided” with issues of race. I simply was never equipped to. But especially now I often think if I should allow my brown skin to make me finally choose. So when it comes to #ownvoices books I will make a better attempt to seek them out, to support a people still suffering terribly from injustices happening for over 400 years. Should I walk out of my house at any given time, I am not going to viewed as anything but black, so it is probably high time for me to act like it.

Please let me give special thanks for the publisher for bringing this incredible timely debut novel to my attention. Quite naturally the circumstances in this book are fictional and do not correlate to the current situation, but it is timely nonetheless. And, considering that this book took place on the south side of Chicago, where I lived for over ten years, gave me an even deeper connection to this story.

Lastly, I feel Catherine Adel West deserves huge accolades for writing such a well-written debut novel. She truly touches on the pulse of how many black people feel. I feel impelled at this point to include a few poignant quotes from the book.

“There are things they both suffered. Things that don’t go away with love or prayer or good intentions.”

Know your place. Stay in your place. As a result, much of our majesty and power remained invisible to us— lost, entombed, obscured, hidden among the rubble of the past; in demolished buildings and omitted paragraphs in history books.

If we saved ourselves, what could we become? They fear our skin and we fear our power. It’s a perfect storm for destruction. Our destruction.

From Layla - "This thought is insipid at the very least and most likely racist, but I allow myself these moments because I spend so many others feeling less than or proving why I am just as good as the next person by working twenty times as hard.

Many thanks to Park Row and to NetGalley for this ARC for review. This is my honest opinion. 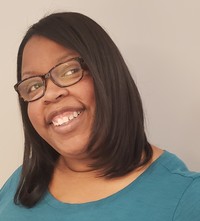 Catherine Adel West was born and raised in Chicago, IL where she currently resides. She graduated with both her Bachelors and Masters of Science in Journalism from the University of Illinois - Urbana. Her work is published in Black  Fox Literary Magazine, Five2One, Better than Starbucks, Doors Ajar, 805  Lit + Art, The Helix Magazine, Lunch Ticket and Gay Magazine. In between writing and  traveling, Catherine works as an editor.