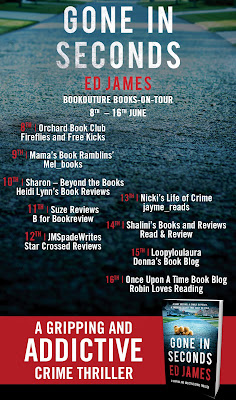 Today I am pleased to be a part of the Blog Tour for Gone in Seconds by Ed James.

A baby missing. A family in pieces. A shocking secret that can’t be told.

Landon and Jennifer Bartlett have everything—money, influence and a picture-perfect family. But it means nothing when their lives are torn apart the day someone breaks into their plush mansion and takes their newborn child right from his cot.

FBI Agent Max Carter investigates child abduction cases. He has a reputation for working all hours to find every missing child on his watch—after all, he was once one himself. When he visits the Bartletts’ sprawling home in an exclusive estate in the suburbs of Seattle, he’s immediately suspicious of Landon Bartlett and his brother Sam.

As Carter delves deeper into the lives of the brothers, he finds a web of dubious business deals and lies that could cost the Bartlett’s their entire family fortune. And it’s clear they will do anything to keep their secrets—but would they withhold vital information that could lead him to baby Ky’s kidnapper?

As Carter begins a cat-and-mouse game with the kidnapper, he receives some startling news from home, which stops him in his tracks. And when a young woman is spotted boarding a bus out of town with a baby fitting Ky’s description, he must decide whether to risk everything to find the missing child or save his own family. 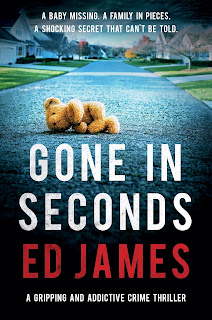 An influential couple’s baby is kidnapped and when FBI Agent Max Carter starts his investigation, he realizes from the outset that there are lies and secrets behind the kidnapping. Max has a solid reputation as an investigator especially since he himself was kidnapped when he was a child. Carter realizes that there is more than meets the eye with regard to the baby’s father and his brother. This is rather frustrating to Carter and his team because with all of the lies Carter knows that he could’ve had a much better chance to find the baby sooner.

As if Carter doesn’t have his hands full trying to locate the baby, he receives news that is adversely connected to his own family. In which direction is Carter going to go? Always relentless, the decision is made even more difficult.

This thrilling story by Ed James is told in dual perspectives. The kidnapper’s is first person. So it is easily clear to the reader who kidnapped the baby and it is eventually made clear as to why With Carter’s third person perspective readers to see the investigative process. Each is equally compelling, and the tension level is very high from beginning to end. While the first book in the series focusEd more on the case Carter was working on, this book delves a bit deeper into his personal life.

While Gone in Seconds is the second book in the Detective Max Carter series, with book one being Tell Me Lies, it could serve well as a standalone. However, readers that read these two in order begin to meet Carter on a different level beyond his job as an FBI agent. There’s no doubt that I will definitely be following with at least the third book in the series as things are left open regarding Max’s situation.

Gone in Seconds is an exceptional crime thriller that starts at top speed and never lets up. It is a multi-layered story that definitely makes the reader pay attention. The chase leads to a thrilling conclusion, with plenty of red herrings thrown in. 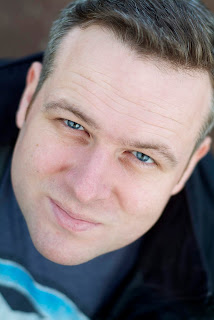