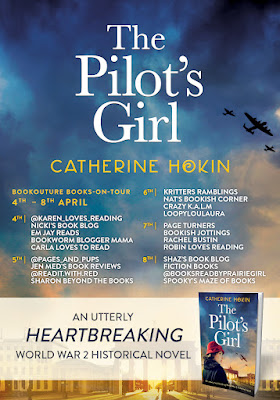 DESCRIPTION:
‘Smile, nod, and don’t breathe a word of what happens here. Or I’ll put you on the next train to Auschwitz myself.’Four years later. Hanni Winter shivers in her thin coat as she hurries through the empty Berlin streets to her job. Despite the freezing winter and poverty all around, her cheeks flush when she meets the man she is photographing today, charismatic Tony Miller, the American pilot risking his life to bring food and provisions to the starving people of the city. But her rush of joy turns to ash as she sees the man behind him…It’s been years since Hanni fled her terrible past, but seeing Reiner Foss now brings back harrowing memories of the man they called The Showman, and of the concentration camp he commanded. The last time she tried to expose him, Hanni almost died, can she dare to try again? Or should she seize the chance she sees in Tony’s sparkling eyes to leave the horrors of the war behind?Hanni is no longer the frightened child she was when the Nazis devastated her life beyond repair. She vows to avenge every person who suffered at Reiner’s hands. But does her attraction to Tony leave her vulnerable? Can Hanni protect her loved ones from her past, or will the cost of fighting her demons ultimately prove more than she can pay?A devastating novel about finding the strength to survive when all hope seems lost. Fans of The Alice Network, The Nightingale and The Tattooist of Auschwitz grab your tissues and dive into this heartbreaking story.
BUY LINK:
Amazon: https://geni.us/B09QT63TQRsocial
MY THOUGHTS: 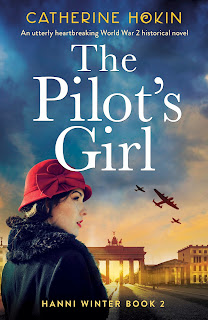 Title:   The Pilot’s Girl
Author:  Catherine Hokin
Series:  Hanni Winter #2
Publisher:  Bookouture
Genre:   Historical Fiction
Format:  Kindle ARC
No. of Pages:   232
Date of Publication:   April 4, 2022
My Rating:   4 Stars
It is six years since World War II ended and Hanni Winter is still working hard as a photographer. In the first book of this series, The Commandant's Daughter, Hanni's focus was to try and bring her father, an SS officer, to justice. Now, with the city of Berlin in various stages of recovery after the devastating forces, Hanni is among those in line for the Allied Forces to bring needed food and supplies to the many in need.
Hanni has been given the assignment of photographing one of the American pilots. However, with more than one murder happening at the same time, Hanni changes direction. In fact, she works alongside Freddy, a detective she met and became close to in the first book on the series. Focused on solving the murders, both Hanni and Freddy are relentless.
This historical fiction is a book that crosses genres as it is also a book of mystery and intrigue. With evidence being sparse, Hanni and Freddy turn over every stone in their quest for answers.
I loved this twist on historical fiction as well as the fact that it it continued events that Hanni experienced after the war, as well as to see how others were recovering and trying to rebuild their lives.
Hanni is a remarkable heroine, a strong woman and one who did amazing things at a very difficult time in history. This sensitive story touched my heart as much as the first book did.
Please also enjoy this video book review -

Many thanks to Bookouture and to NetGalley for this ARC for review. This is my honest opinion.
ABOUT THE AUTHOR:

Catherine Hokin is the author of several World War Two inspired novels set in Berlin, her favourite city. Following a History degree at Manchester University she worked in teaching, marketing and politics, while waiting for a chance to do what she really wanted, which was to write full time. Her short stories have been published by iScot, Writers Forum and Myslexia magazines and she was the winner of the 2019 Fiction 500 Short Story Competition. She is a lover of strong female leads and a quest.

Catherine now lives in Glasgow with her American husband. She has two grown-up children – one of whom lives, very conveniently, in Berlin – and a lifelong addiction to very loud music.