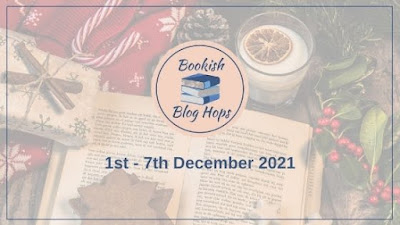 It is time for our December Bookish Blog Hop! For this Blog Hop I will be joining five other bloggers to answer bookish questions over the next seven days. 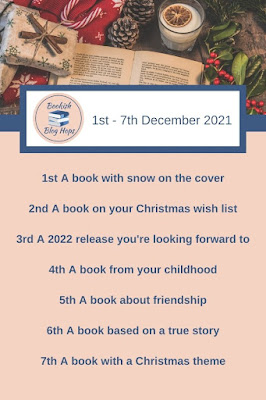 3rd December - A 2022 Release You Are Looking Forward To

The easy winner for my most anticipated book for 2022 is Abandoned in Death by J. D. Robb.  It is the 54th book in the amazing In Death series and I have read each and every title in the series. I am eager for the ARC and can guarantee that I will read it the moment it lands in my hands. Another book that I am eager to read is The Golden Couple by Greer Hendricks and Sarah Pekkanen. I have had this ARC for weeks, but my TBR is toppling over and this won't be released until March. So, I am holding onto it for now with eager plans to devour it one winter evening. So far the few books that I have read by this duo have been fabulous. 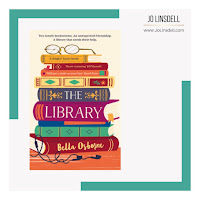 Jo Linsdell www.JoLinsdell.com www.Twitter.com/JoLinsdell
The Library by Bella Osborne is scheduled for release on 1st April 2022. When I saw it on NetGalley I just had to request a copy. I love the sounds of the characters and, as a bookworm, the story really appeals to me.
Description
Two lonely bookworms. An unexpected friendship. A library that needs their help.
Teenager Tom has always blended into the background of life. After a row with his dad and facing an unhappy future at the dog food factory, he escapes to the library.
Pensioner Maggie has been happily alone with her beloved novels for ten years – at least, that's what she tells herself.
When they meet, they recognise something in each other that will change both their lives for ever.
Then the library comes under threat of closure, and they must join forces to prove that it's not just about books – it's the heart of their community.
They are determined to save it – because some things are worth fighting for.
- - - - - - - - - -

One book that I’m really looking forward to is First Binding by R. R. Virdi. Scheduled to be released by Tor in August of 2022, it’s the first in a trilogy called the Tales of Tremaine. Here’s the blurb:

All legends are borne of truths. And just as much lies. These are mine. Judge me for what you will. But you will hear my story first.

I buried the village of Ampur under a mountain of ice and snow. Then I killed their god. I've stolen old magics and been cursed for it. I started a war with those that walked before mankind and lost the princess I loved, and wanted to save. I've called lightning and bound fire. I am legend. And I am a monster.

My name is Ari.

And this is the story of how I let loose the first evil.

Thus begins the tale of a storyteller and a singer on the run and hoping to find obscurity in a tavern bar. But the sins of their past aren't forgotten, and neither are their enemies. Their old lives are catching up swiftly and it could cost them the entire world. No one can escape their pasts and all stories must have an ending.

One big reason I’m excited for it is because not only is Virdi a fellow independent author, but he was one of the first indie authors who responded to my request for books to review when I was just starting out adding featured reviews (tagged as “Reader’s Reviews”) on my blog, The Upstream Writer! At the time, he only had one book published, Grave Beginnings, the first book in what is now the Grave Reports series--and each successive book I’ve read from his catalog has been an absolute treat!! When he announced that his series had been picked up by a big-name publisher, I was so incredibly happy for him! He really is an amazing author and I have every expectation that First Binding is going to be legendary!!
- - - - - - - - - -

Kriti @ Armed with A Book

Historical fiction is one of my favorite genres and this year I explored histories from different parts of the world. The Mountains Sing by Nguyễn Phan Quế Mai and Em by Kim Thúy taught me a lot about Vietnam. I am sure I will find more books set in Asia but the one I am excited for 2022 is about the Mexican-American War. I did not grow up in North America so know very little about the history specific to the countries here. With its beautiful cover, A Ballad of Love and Glory by Reyna Grande is bound to be a memorable book. Find it on NetGalley here.

The year is 1846. After the controversial annexation of Texas, the US Army marches south to provoke war with México over the disputed Río Grande boundary.​

Ximena Salomé is a gifted Mexican healer who dreams of building a family with the man she loves on the coveted land she calls home. But when Texas Rangers storm her ranch and shoot her husband dead, her dreams are burned to ashes. Vowing to honor her husband’s memory and defend her country, Ximena uses her healing skills as an army nurse on the frontlines of the ravaging war.

Meanwhile, John Riley, an Irish immigrant in the Yankee army desperate to help his family escape the famine devastating his homeland, is sickened by the unjust war and the unspeakable atrocities against his countrymen by nativist officers. In a bold act of defiance, he swims across the Río Grande and joins the Mexican Army—a desertion punishable by execution. He forms the St. Patrick’s Battalion, a band of Irish soldiers willing to fight to the death for México’s freedom.

When Ximena and John meet, a dangerous attraction blooms between them. As the war intensifies, so does their passion. Swept up by forces with the power to change history, they fight not only for the fate of a nation but for their future together.

Heartbreaking and lyrical, Reyna Grande’s spellbinding saga, inspired by true events and historical figures, brings these two unforgettable characters to life and illuminates a largely forgotten moment in history that impacts the US-México border to this day.

Will Ximena and John survive the chaos of this bitter war, or will their love be devoured along with the land they strive to defend?

Tomorrow's post is A Book From Your Childhood, hosted by Vidya @ https://ladyinreadwrites.com/. 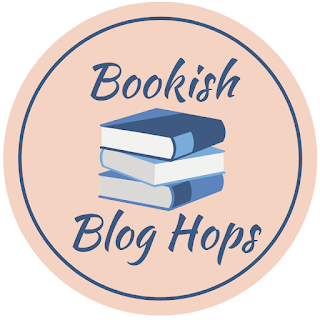