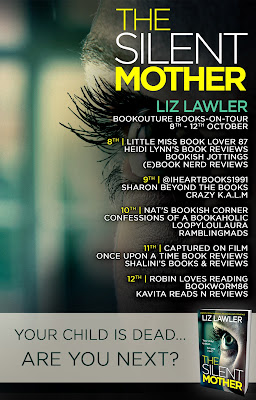 DESCRIPTION:
The phone rings. It’s the call every parent dreads. My beautiful son is dead.

He’d been the centre of my world from the moment he was born. Now my perfect life is shattered. In the midst of my grief, I receive an anonymous letter telling me that Tom’s death was not an accident.

So I’ve come to the apartment where my only child lived to find out what really happened. Tom was newly qualified as a doctor, he had a bright future ahead of him. Nothing about the day he died makes sense.

As I get to know the medical staff Tom worked with and his friends living nearby, I’m drawn into a tangled web of lies. Whispers and rumours circulate along the hospital corridors and I start to question how well I really knew my precious boy.

But a mother knows when things don’t add up.

His girlfriend has been keeping her pregnancy secret.
His best friend betrayed him in the weeks before Tom’s death.
His neighbours all have something to hide.

Which one of them would kill? As I get closer to the truth, the stakes become more dangerous. And I realise I could be next on their list… 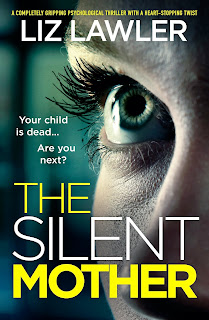 Title:   The Silent Mother
Author:  Liz Lawler]
Publisher:  Bookouture
Genre:   Mystery & Thrillers
Format:  Kindle ARC
No. of Pages:   407
Date of Publication:   October 8, 2021
My Rating:   4 Stars
Which is worse - finding out your only son is dead or hearing that he was involved with stealing drugs? His mother barely arrived in time when she was contacted by Tom before his scheduled court date. However, she never got the opportunity see him or even to speak to him. In fact, he never made it to court and that is when Ruth was informed of his sudden death. The fact that Tom was a doctor makes his accusation that much harder to swallow for Dr. Ruth Bennett. Tom's death is shocking enough. Him having a bad name, well, that is just too much.
Ruth develops a plan. She moves into Tom's flat and takes a job at the hospital where he worked. She does this under a different name with hopes of asking the right questions - and searching hospital records - without tipping anyone off that she is determined to get to the bottom of what happened to Tom.
If Tom hadn't died, that court date for the charges surrounding the drug, as well as being accused of minor assault, could have landed him in jail. These facts are true about her Tom? Ruth really cannot believe it. Neither does she believe he killed himself. Foul play has to have been involved and she will turn over every stone until she discovers the truth.
Having taken the new job under her maiden name affords Ruth the opportunity to snoop around. She does find support, and this includes her son's landlord Henry. She has more than that, Tom's journals. The more Ruth reads them, the more she begins to understand some of the things Tom had been experiencing. Talking to some of his friends and neighbors help to support the fact that Tom was an upstanding person. If all of the things about Tom that Ruth believes are true, then someone is responsible for his death. Will Ruth digging into these matters in fact place her in danger?
The Silent Mother proves an excellent read. This thrilling book is full of twists and turns and a few red herrings. Then there are a bevy of characters each telling their own story, and some are conflicting stories. I love how the points of view are written in this book as this gave rise to more than Tom's drama. All of this comes together with an ending that packs a wallop.
Many thanks to Bookouture and to NetGalley for this ARC for review. This is my honest opinion.
ABOUT THE AUTHOR: 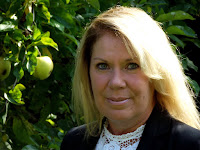 Liz Lawler grew up sharing pants, socks, occasionally a toothbrush, sleeping four to a bed. Born in Chatham and partly raised in Dublin, she is one of fourteen children. She spent over twenty years as a nurse and has since fitted in working as a flight attendant, a general manager of a five star hotel, and is now working with trains. She became an author in 2017 when her debut novel Don’t Wake Up was published by Twenty7.
https://www.facebook.com/liz.lawler.90
https://twitter.com/authorlizlawler?lang=en