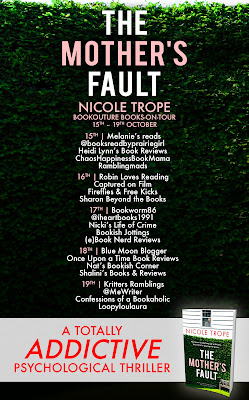 DESCRIPTION:
She’ll do anything to save her son. But what if telling the truth means losing him for ever?

On a crisp winter’s evening, Beverly is cooking for her son. Eight-year-old Riley is climbing a tree in the garden, and Beverly smiles as she watches him. Nothing makes her happier than her precious child having fun – she never thought they’d be happy again.

The water on the stove is boiling, and Beverly slides in a handful of spaghetti. When she glances out of the window again, Riley is not there.

She races outside, her heart thumping. Riley is nowhere to be found.

Instinctively, Beverly knows that her son has not just run away. She knows this because of her secret – the one she has kept for eight years. The one that means she has no choice but to keep neighbours at a distance, that stops her sleeping at night.

She thought she’d made the right decision, that she was protecting her son. But now he’s gone. Could this be all her fault?

She’ll do anything to save him. Yet if she tells the truth, she could lose him for ever…

A totally gripping psychological thriller that will get your pulse racing like crazy as it hits you with twist after twist after twist! If you loved The Wife Between Us or The Girl on the Train you’ll be utterly glued to this page-turner. 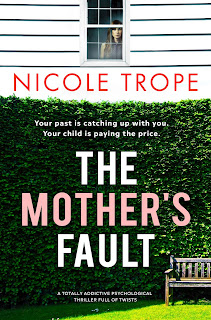 Title:   The Mother's Fault
Author:  Nicole Trope
Publisher:  Bookouture
Genre:   Psychological Thriller
Format:  Kindle ARC
No. of Pages:   302
Date of Publication:   October 15, 2021
My Rating:   4 Stars
Beverly has always been a good mother. However, she had a secret. A rather huge one. One she kept from the most important person in her life - her son Riley. As this story is delivered in three perspectives - that of Beverly, Riley and an unnamed narrator - the plot is set for a for another rocking psychological thriller by Nicole Trope.
As mentioned, Beverly was a very good mother. She loves Riley to distraction. However, the secret she kept is slowly unraveling itself to the point that one day Riley disappears. As we read Riley's point of view, he was a happy, well-adjusted eight-year-old boy. However, he really wished that he had a father like his friends had. In fact, when he begins receiving anonymous gifts, he imagines that he does in fact have a father, and that said father is sending him those gifts.
Meanwhile, these gifts are scaring Beverly. She does not know who they are from, although she does have her suspicions. Could these gifts be an omen? Do they have anything to do with Riley's sudden disappearance? Can Beverly trust the police to find her son without her secret being revealed? What of Ethan, the man she had been dating? Where could that relationship go?
All while things are being played out, Beverly does have an ace in the hole and that is one of her neighbors. But what of the third narrator in this chilling story? How much does this person know of Beverly's secret and what is their motive?
Readers will be kept on their toes as this book takes us down a road dark secrets and disturbing pasts with a fair share of twists and turns and a few red herrings which definitely kept me tapping my Kindle. The pacing was excellent, filled with tension and a few surprises, all which led to a thrilling conclusion.
Many thanks to Bookouture and to NetGalley for this ARC for review. This is my honest opinion.
ABOUT THE AUTHOR:

Nicole Trope went to university to study Law but realised the error of her ways when she did very badly on her first law essay because, as her professor pointed out, ‘It’s not meant to be a story.’

She studied teaching instead and used her holidays to work on her writing career and complete a Masters’ degree. In between raising three children, working for her husband and renovating houses, she has published six novels. She lives in Sydney, Australia.