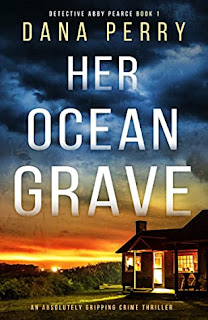 Title:   Her Ocean Grave
Author:  Dana Perry
Series:  Detective Abby Pearce #1
Publisher:  Bookouture
Genre:   Mystery/Thrillers
Format:  Kindle
No. of Pages:   314
Date of Publication:   June 14, 2021
My Rating:   4 Stars
DESCRIPTION:
Over the cliff edge, she sees a broken body on the jutting rocks below, the waves crashing all around. She can’t see the girl’s face, which is covered by her long, brown hair. But she knows her. She met her just yesterday…
When Samantha Claymore doesn’t return home after an afternoon bicycle ride on Martha’s Vineyard, Detective Abby Pearce acts immediately. She knows from experience how quickly a lost girl can become a tragedy. Back on the island for the first time since she ran away as a teenager, Abby hopes solving Samantha’s case will make up for her past mistakes… But, as the media swarm and Samantha’s grieving mother joins the search, the police find no trace of the beloved sixteen-year-old—even when a reward is offered for her return.
Trawling through old case files, Abby discovers that Samantha is not the only girl to have gone missing in the small community of Martha’s Vineyard. She’s convinced more could follow, but her team insists there’s no link to be found. Until Samantha’s best friend is found dead at the bottom of a cliff the next day…
After searching Samantha’s bedroom and trawling through the files on her computer, Abby digs into the death of Samantha’s father five years ago at sea, following the trail to one of the island’s most powerful families. The same people who failed to protect Abby the night she was forced to leave as a young girl. Is there anyone left on this quiet island who Abby can trust? Can she find Samantha before more innocent lives are taken?
An absolutely unputdownable and nail-biting crime thriller that will have you racing through the pages. Perfect for fans of Lisa Regan, Kendra Elliot and Gregg Olsen.
Link to purchase the book
MY THOUGHTS:
Her Ocean Grave is the perfect first book in a new series by Dana Perry. Detective Abby Pearce ran away from her home in Martha's Vineyard when she was a teenager. She lived in New York for years and became a homicide detective with the NYPD. However, due to tragedy, she left that job and became the only detective in the Cedar Cliffs Police Department. The Vineyard is an idyllic place and the small community does not have much serious crime. Sadly, however, Abby is called to her new case, that of a teenager named Samantha Claymore who never returned after a bike ride.
Where is Samantha and why does Abby become convinced that the girl met with foul play? As Abby pursues her investigation she ties Samantha's disappearance to other missing girls from years before. She is sure there is a connection, especially when Samantha's best friend is found dead. Why Samantha's friend, and where is Samantha?
Focused on her job, Abby finds herself chasing demons. As a recovering alcoholic the best she can say is she did not have a drink that day. One day at a time. Dating proves a challenge for her as well, especially when the man interested in her, Lincoln, is a journalist and Abby doesn't dare become too close to her as she doesn't want any details of her current case to become public. Remaining laser focused, Abby not only vigourously searches for Samantha, she is determined that no other girls end up missing.
Abby doesn't want her past trauma to define her and her dedication to her job shines through. More than a police procedural, this story shows Abby's personal side, her troubles, challenges and expectations.
* * * * * *
* Featured Blog Tour Review * 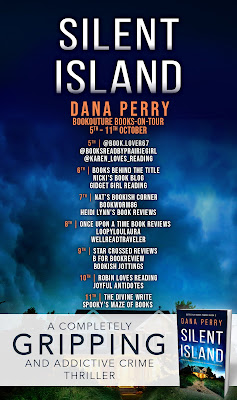 DESCRIPTION:
Nancy Lavelle lies still on the floor. With her eyes looking towards her children’s rooms, her hands are clasped in prayer, as if the last thing she wished for was her children to be saved…
When Detective Abby Pearce is called to the Beach House, a holiday home in the most affluent part of Martha’s Vineyard, she finds five bodies. An entire family has been killed in a frenzied attack… all except one. Fifteen-year-old Karin is the only survivor. Sitting in the house, surrounded by her family, she stares into the distance and doesn’t say a word.
When Karin’s grandparents fly in to take her home, Abby’s investigation takes a shocking turn. Taking one look at the traumatised girl, they recoil—the girl curled up in a hospital bed isn’t their granddaughter. So who is she? And where is the real Karin Lavelle?
Abby fears the missing girl is in serious danger, and with local residents worried that the killer is still on the island and the press questioning her every move, she’s under pressure to solve both crimes fast. But when she uncovers a link between Thomas Lavelle’s New York office and her previous job at the NYPD, she begins to fear that these brutal murders are a sign… and that she’s next. Can she find the killer before another life is taken, or is she walking into a trap?
This fast-paced thriller is perfect for fans of Lisa Regan, Kendra Elliot and Mary Burton, but be warned—you won’t want to put it down!
BUY LINKS:
Amazon: https://bit.ly/3COcAt0
Apple: https://apple.co/2VcayCt
Kobo: https://bit.ly/376WGvX
Google: https://bit.ly/39IeCys 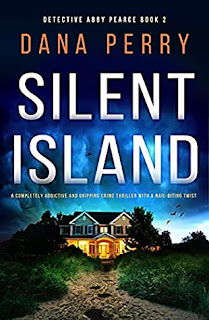 Title:   Silent Island
Author:  Dana Perry
Series:  Detective Abby Pearce #2
Publisher:  Bookouture
Genre:   Mystery/Thrillers
Format:  Kindle ARC
No. of Pages:   247
Date of Publication:   October 5, 2021
My Rating:   5 Stars
MY THOUGHTS:
What happened to the quiet and peaceful Martha's Vineyard community? Karin is the sole survivor of a mass murder that wiped away her entire family. Detective Abby Pearce is beside herself when she arrives at the crime scene and is more than shocked to find fifteen-year-old Karin cowering in a bedroom. Who killed her family and why did they leave Karin alive? Fortunately for Karin, her grandparents fly in with plans of taking her home with them so that she can go down the long road of recovery. Instead, when they arrive, they turn to Abby with confusion in their eyes. Who is this teenager and where is their granddaughter?
Where is the teen daughter of the slaughtered family and why was this girl - who won't or can't say a thing - found in the home? Abby dives headfirst into this case. As if she hasn't already experienced more than one shock, Abby uncovers a link to her career at the NYPD where she was a homicide detective before returning home to Martha's Vineyard. Abby left that job after experiencing a tragedy of her own. In addition to that, she is struggling to remain alcohol free and is taking on that battle one day at a time. To imagine that her past could possibly be connected to her current case all but floors her.
How close to danger will Abby get, never mind any other potential victims? Who can Abby trust and where does her future lie? Although this book could definitely work as a standalone novel, I am glad that I read the first book in the series, Her Ocean Grave, as that gave me great insight to Abby as a person. This book, Silent Island, is a powerful second installment filled with surprising twists and turns and excellent drama and suspense. I am loving this series and very much look forward to reading the next book.
Many thanks to Bookouture and to NetGalley for this ARC for review. This is my honest opinion.
ABOUT THE AUTHOR: 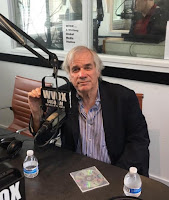