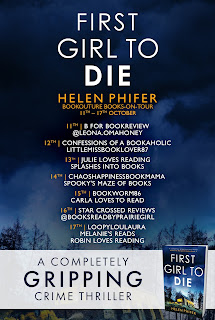 DESCRIPTION:
Morgan shudders as she leans out of the window and takes in the familiar blonde curls and clear blue eyes of the fallen girl below. She knows this woman, and she realises with sickening certainty that her friend is now gone forever…

When Detective Morgan Brookes is called to the scene of a suicide, she’s devastated to recognise the young teacher sprawled out on the grass like a broken doll. She hasn’t seen Brittany for years. Not since the tragic death of Morgan’s high-school boyfriend ripped their friendship group apart. But when witnesses describe Brittany’s erratic behaviour and jumbled speech that morning, Morgan is convinced the fearless, life-loving girl she once knew didn’t jump of her own accord.

Traces of poison found in Brittany’s blood prove Morgan’s theory right, but no one can find the source. Then Morgan uncovers a distinctive jar in Brittany’s home filled with toxic herbs, and the sight of it turns her blood to ice. She has a jar just like it, a handmade gift from her aunt. Is this a coincidence, a set-up, or could the only person she’s ever trusted with her damaged past be capable of murder?

Then another woman from Morgan’s past is found, close to the scene of that fatal teenage party. Has Morgan been looking at this all wrong? Are these deaths connected to that deadly night? And how could someone from her own family possibly be involved?

With her aunt’s freedom and more innocent lives at stake, Morgan must dig deep into her painful memories for answers. Who else was there that night, and what exactly did they see? She must stop this twisted killer before any more of her old friends become new victims – but at what cost? 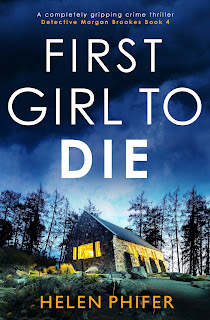 Title:   First Girl to Die
Author:  Helen Phifer
Series:  Detective Morgan Brookes #4
Publisher:  Bookouture
Genre:   Mystery & Thrillers
Format:  Kindle ARC
No. of Pages:   207
Date of Publication:   October 11, 2021
My Rating:   4 Stars
Detective Morgan Brookes takes all of her cases seriously. However, her newest case really hits her hard. She discovers that a young teacher who apparently took her life is someone she once knew and had a fondness for. Could this latest victim be tied to Morgan's past?
Although estranged from her former friend, Brittany, Morgan cannot picture her being the sort to commit suicide. As the autopsy results begin to come through, Morgan finds her suspicions true. Foul play was involved. Traces of poison were found in Brittany's blood. Who poisoned Brittany and how did that lead to Brittany jumping from a window to her death?
When a second victim that has been found is also from Morgan's past, pieces of a puzzle slowly begin to fall into place. Morgan traces the poison found to an unlikely source. Not only must Morgan find the connection, she must sort out why women from her past are targeted. Will Morgan herself soon be a target? How far will she go to find answers all while keeping herself safe?
In this thrilling story, Morgan is forced to face an event of five years previously and the fact that the two women involved now were involved then. Something terrible happened before, and it was a night that Morgan was not present, so she always had questions about what occurred that fateful night. Why are things coming up now that lead back to that night?
Will there be yet another victim or will Morgan and her boss Ben be able to feverishly work toward solving the case set before them? Meanwhile, the torch is slowly burning between Morgan and Ben, and as this series continues, the pair just might have a chance. However, will Morgan end up being a victim before that could even happen?
This fast-paced book was a thrilling read from start to finish and ended with a conclusion I didn't see coming. While The First Girl to Die is the fourth book in this series, it could be read as a standalone. However, as this series has progressed, Morgan's character has grown, thus I would recommend reading this series in order. I cannot wait to see where things go with the next book in this exciting series.
Many thanks to Bookouture and to NetGalley for this ARC for review. This is my honest opinion.
ABOUT THE AUTHOR: 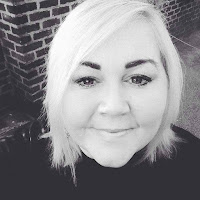