BLOG TOUR - Missing in the Desert 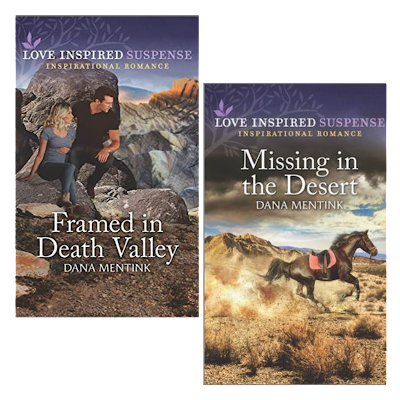 Today's blog tour is for Missing in the Desert by Dana Mentink, the second book in the Desert Justice series. I am also including the review for Framed in Death Valley. 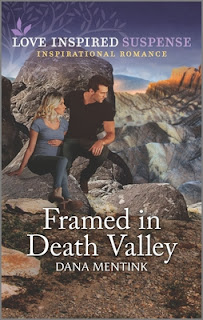 Title:   Framed in Death Valley
Author:  Dana Mentink
Publisher:  Love Inspired Suspense
Genre:   Inspirational Romantic Suspense
Format:  Kindle
No. of Pages:   224
Date of Publication:   March 9, 2021
My Rating:   5 Stars
DESCRIPTION:
A killer who will stop at nothing...
Framed for a murder he didn't commit, firefighter Beckett Duke gave up on everything--including his marriage to spirited Laney Holland. That is, until Laney's life is threatened. Knowing the real killer is still at large, Beckett now has one purpose: protecting the woman he loves...and their unborn child. But sometimes an innocent man's second chance comes with a deadly price.
From Harlequin Love Inspired Suspense: Courage. Danger. Faith.
Link to purchase the book
MY THOUGHTS:
Recently released from jail while awaiting trial for murder - which in fact, he was framed for - firefighteer Beckett Duke rushes to the aid of his wife Laney Holland when her life is threatened. Married barely a month before Beckett found the body of Pauline Sanderson, Beckett is more than stressed. Laney has something to tell Beckett, and with this news is determined that he stay out of her life as much as possible - she is pregnant. Their marriage is over and Laney does not want that to change. However, if Beckett wasn't already concerned for Laney's safety, the fact that she is carrying his child changes everything.
Laney never once doubted Beckett's innocence, but when Beckett gave up on their marriage after being framed, so did she. However, will their current circumstances be enough to give them a second chance? There is something signficant in Laney's case. She was told she'd never be able to get pregnant. She really feels blessed and is more than prepared to raise their child on her own.
However, they are both still in love. Can they overcome their obstacles and try again? Then there is the fact of Beckett being framed. There is someone that places both Laney and Beckett in danger. Thus, this story is filled with action, twists and turns, as well as emotion. Framed in Death Valley is an exciting book in the Desert Justice series by Dana Mentink. I went right on and read the next book in the series and am looking forward to each and every story as the series continues.
**Featured Blog Tour Post** 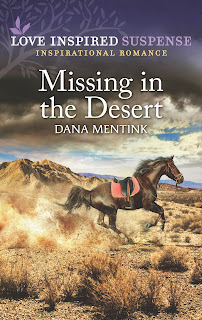 Title:  Missing in the Desert
Author:  Dana Mentink
Publisher:  Love Inspired Suspense
Genre:   Inspirational Romantic Suspense
Format:  Kindle ARC
No. of Pages:   224
Date of Publication:   July 27, 2021
My Rating:   4 Stars
DESCRIPTION:
Five years ago, her sister disappeared…
Now someone is coming for her.
Who would believe that Mara Castillo's sister—missing and presumed dead—suddenly sent a one-word text? Now Mara wants answers, even if it means stepping into a killer's sights with her brother's best friend, rancher Levi Duke, as her only protection. But with someone who has everything to lose after her, uncovering a long-buried secret could save her life…or claim it.
Add Missing in the Desert to your Goodreads!
Buy Missing in the Desert by Dana Mentink!
Harlequin.com | Amazon | Apple Books
Google Play | Kobo

MY THOUGHTS:
I love series! In Missing in the Desert, the second book in a six-book series by Dana Mentink, I really loved the first book in this series, Framed in Death Valley, and went right on to read this book.
Mara Castillo's sister Corinne disappeared five years ago, and due to a specific piece of evidence, is assumed dead. When Mara receives a strange one-word text - Marbles - which is her childhood nickname, Mara finds that her hopes are raised. Who but Corinne knew that Mara's nickname was Marbles? Mara gets together with her brother's best friend Levi Duke in order to track down that mysterious text - and hopefully her sister. Levi proves to be a good protector for Mara as someone is not too keen on her looking for answers when it comes to Corinne's disappearance.
What a thrilling story - answers regarding Corinne, the danger that faces Mara at every turn, the brewing romance between Mara and Levi, and hope. Yes, hope that Mara is determined to hold onto. Factor in cute pets, such as Banjo the dog and Tiny the kitten, and of course a Rabbit, and this story proved absolutely wonderful. I also enjoyed the emotional edge in this story, especially after Mara's brother Seth was injured. Levi's sensitivity and concern for Seth's future was really nice. This extended to the fact that Levi and Seth had recently purchased a ranch together, and this has an impact on Levi's future. This is where Levi's selflessness shined.
As things turned out, the text Mara recived was only the first clue, and again, this kept Mara hopeful. This story also had an emotional edge that captured my attention from beginning to end. Factor in faith as a basis for not giving up and this book definitely proved a winner for me. I cannot wait for the next book in the series.
Many thanks to Love Inspired Suspense and to NetGalley for this ARC for review. This is my honest opinion.
Please enjoy the following excerpt:
ABOUT THE AUTHOR: 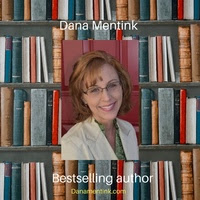